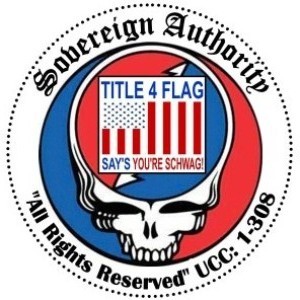 Sovereignty Press has not received any gifts yet

Network with true Sovereigns across the nation with www.sovereign-citizenship.net...

Rumors no more. Weir and Hart have both joined a right wing war mongers club that despises everything the Grateful Dead believed in.

Barack Obama should run like hell to get away from this kind of bad publicity. Cancel that damned show too! What remains of Jerry Garcia's Grateful dead, is nowhere as popular as it is on the east coast, which is why they play so few shows in their own backyards. Here's why....

HAVE THEY SOLD OUT?

What are Weir and Hart doing at the Bohemian Grove? Local activist wants to know


as a long time dead head who followed jerry i was shocked.

my dumb ass still goes to several shows a year.
after the heafty 100 dollars a ticket this year to see "the dead" Im not sure but i think i saw my last show in buffalo this year 2009

Burbia said…
i heard obama's administration is trying eminent domain on tribal land, citing it isn't being put to use in a 'productive' way. hey, i actually got to jam with a band called sovereignty. one of the members was in red bone. thnx4th'add...

truth said…
Hello and Welcome to the Network!!!

Freedomrox favorited Chris of the family Masters's discussion Calling the FDA, AMA and Big Pharma: What the Term “Medical Mafia” Means
1 hour ago

Chris of the family Masters replied to James Roberts's discussion Military Personnel and Warp Speed
"I'm afraid the law as we knew it doesn't apply anymore. We are stuck in the wrong…"
3 hours ago

cheeki kea replied to James Roberts's discussion Military Personnel and Warp Speed
"I have not heard of signing up to make citizens arrests, which is what it would be for anyone…"
8 hours ago

James Roberts replied to James Roberts's discussion Military Personnel and Warp Speed
"And, no doubt, the first to sign up for powers to detain others will be criminals, so their friends…"
8 hours ago

James Roberts replied to James Roberts's discussion Military Personnel and Warp Speed
"I hope you're right, but the guy from Melbourne (I recently posted a video) didn't seem…"
9 hours ago

cheeki kea replied to James Roberts's discussion Military Personnel and Warp Speed
"Hi James, I have read up on my rights to make a citizens arrest (for any crime) which itself is…"
9 hours ago

"Really good find, thanks for posting it."
9 hours ago