With Gov. Gary Herbert’s signature on March 25, the state of Utah became the first in recent times to officially accept gold and silver coins as legal tender at their true value, prompting praise from sound-money advocates warning about the future of the Federal Reserve System and its fiat money.

The "Utah Legal Tender Act," as the… Continue


Those who live in glass houses shouldn't throw stones.

The radio phenom takes over the morning zoo, makes fun of miscarriages and flames out. Part 2 of… Continue

"Spreading the Good News About Atheism": Why We Need Atheist Ad Campaigns

The hostility that the atheist ad campaigns generate proves why we need them so badly.

"Are you good without God? Millions…

By Chris Morran on…

BLOOD FOR OIL: THE VAMPIRE WAR

NATO, US airstrikes will continue in Libya http://t.co/xaKsbVo

Don deBar: ''There are a lot of Dead Qatari on the Streets of Tripoli #Libya Now''… Continue

Best US Govt. minds say Japanese Radiation is so different; it only affects Asians, so no danger

Absolutely Silly Headline, but expect to see one like it soon. Truly this article below is about the most asinine statements I have read outside of the "beneficial' use of flouride!

No threat from Japanese radiation spread across US…

NEWPORT, Ore. – While the U.S. Department of Energy said in public statements that there are “no significant quantities of radiological material” deposited on West coast beaches, U.N. Secretary-General Ban Ki-moon said it was time to reassess the international atomic safety regime; meanwhile, there’s growing fears here in Newport and other West coast fishing communities that Japan’s radiation will spread from its coast to… Continue

Libya: The Zionist Dragon and The Drums of War 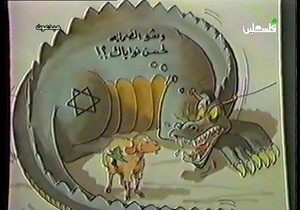 The Zionist Dragon; seen here, looking to feast on Lebanon. It now seeks to destroy Libya.
﻿﻿by Jonathan Azaziah…
Continue

'US drops uranium bombs on Libya' 27 Mar 2011 The Stop the War Coalition says the bombs and missiles that the US-led military alliance has dropped on several Libyan cities contain depleted uranium (DU). The report recently published on the Coalition's website said that in the first 24 hours of the war on Libya, dozens of bombs and cruise missiles were launched by US, British, and French forces -- all with depleted uranium… Continue

Welcome to the London Olympics! (“Here’s looking at you”)

Welcome to the London Olympics! (“Here’s looking at you”)

How much of a tyrant was he? Just google "henry the VIII a tyrant".

Adults don't tolerate people smoking grass so why do adults tolerate defenseless babies being injected with mercury?  I guess they don't like babies either.


More Than 2,000 Vaccinated Babies Died: The Cost of Doing Business

Social Security: A Breach of Trust

Notes on 2010 Financial Statements of the U.S. Government -

“I am a firm believer in the people. If given the truth, they can be depended upon to meet any national crisis. The great point is to bring them the real facts.” ~ Abraham Lincoln

“The ignorance of one voter in a democracy impairs the security of all.” ~ John F. Kennedy

Proponents of a bankrupt federal government…

It is critical for those in the U.S., especially on the West Coast, to adjust to the continuing increased radiation, potential radiation and the resulting food contamination from Japan's tragic nuclear disasters. You can check daily Geiger readings for Northern California, which extends from San Luis Obispo to Mendocino.

Plan One is to optimize your own organs for detoxification and fortify your antioxidant reserves (Turmeric,… Continue

I have added a new question to the new member questionnaire. These questions were originally intended to identify spammers, for 50 pct of the people attempting to join are one.

This new question is intended to find the help this site and its many active members need to accomplish our site projects /goals.

Have you a better solution?

I seemed to have forgotten, that the setup here provided by ning makes current members also answer these questions added later, if… Continue

"I read that he shot (killed) his grandmother, was running from the Border Patrol, wrecked his truck…"
5 minutes ago