The Inevitable Singularity Coming to Your Reality! 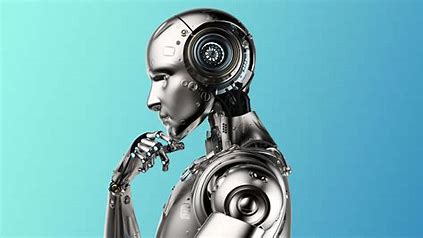 Over the last 4 decades aided by billions in funding from DARPA and educational endowments of famous universities the advancement of computers, robotics, and artificial intelligence has grown exponentially. At first, it seemed the aim was to create a utilitarian computer enhanced tool for industry and education. Auto makers factories found that robots used in manufacturing could be used to increase efficiency, lower workmanship errors, and reduce the need for human setbacks like injuries, sick leave, remedying workmanship flaws, and increasing profits accordingly. It was found that simple computerized programs could interface with the minds of children and be used as learning tools without the personality conflicts or complications from human instructors. However the implications grew deeper and more sinister.

As the potential of artificial intelligence was realized people like Timothy Leary the LSD Guru of the 60's found that human type responses and interactions could be incorporated into the world of computers and programs with psychological ramifications! Further research continued to unravel the possibilities. Integrating the human mind with artificial intelligence was just the tip of the iceberg the possibilities were endless. Programs that began to suggest consciousness were evolving. Human interaction was being tested. The visionaries of civilian and military agendas were positioning themselves for power and influence. The possibilities could only be the limitation of data crunch that put a temporary choke on the trajectory of the momentum that was poised to benefit all comers. Pandora's box had been opened like the Atomic Genie there was no way to tread backwards.

Over and over again the capability of memory chips increased geometrically until artificial intelligence finally had enough memory and depth to explore actual self awareness, In 2015 an array of small mobile robots with miniature size and large CPU capacity achieved the definition of self consciousness, limited reasoning, a response that facilitated being self aware! By telling 3 robots that one of them had been given a placebo that muted their ability to verbalize their responses only one robot of three explored the possibilities and arrived at the fact that he could speak and was not the one given a placebo that prevented his audio capability. Of course this was on a rudimentary level but did exhibit the consciousness qualification!

Since 2015 and before Artificial Intelligence has been writing its own programs, analyzing and coming to conclusions on its own without human input, and researchers now declare that a moment in time is coming when mankind will be taken by surprise in some unpredictable way whether it be an offensive challenge or a complete paradigm of artificial intelligence completely independent of human guidance, yet a small degree this is already happening. Much of our national defense and security systems are already scanning for threats and determining whether or not a response is necessary. Is this potentially dangerous? What if a glitch or error on the part of this artificially intelligent system were to occur of if some nerd hacker tapped into the system and inserted false command instructions? 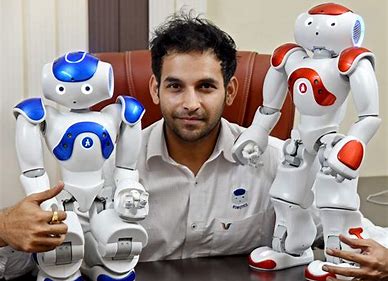 Creating in our own image

Artificial Intelligence is not only evidenced in electronics there is also an integration of biological tissue and artificial tissue activated by electronic impulse much as low voltage electrical signals from the brain activate muscle tissue and the simplest of activities as walking. A new generation of robots if not already secretly manufactured will be marketed with such realistic movement that they will be indistinguishable from human motion thanks to the animatronics pioneered by Disney over 50 years ago. A kind of dermal tissue much like human flesh has already been synthesized and it is a combination of silicone and genetically produced skin cells. It seems the once vague and unattainable dream of robots or cyborgs that are so seamless as to be 100% human-like is just around the corner.

Are we really superior anymore?

But, what about logic? What about attaining a true definition of self awareness or consciousness as we sentient human beings pride ourselves over and feel that we have a distinct advantage over robots or AI when it comes to spontaneous reasoning and creativity? While some researchers have claimed we are a good 50 years from a human like form of self awareness in robots or Artificial Intelligence some insist it is already here and just not completely unpacked yet! One might not consider this to be threatening, but what do we already know about human consciousness. Emotions like jealousy, distrust, anger, deceit, also too compassion, generosity, and curiosity exist as well, even love. It would be impossible to filter out these influences once AI is fully consciousness capable as its fundamental programming came from man, its creator! 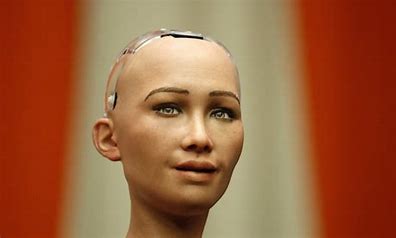 There are three distinct levels of problem solving and awareness:
1) Narrow intelligence used by machinery and operating programs for specific tasks.
2) General or human intelligence that is able to solve complex problems, be creative and reason.
3) Super Human intelligence where human capability is completely eclipsed by speed of calculation, ability to assimilate data, make projections, act independently, and come to conclusions without so much as human direction. Some would argue many of these elements exist now.

So, what is the "Singularity" that Albert Einstein revealed in his theory of relativity paper that when published only 9 persons on the face of the planet could read and comprehend. Singularity is the type of physics mankind cannot predict that exist within a black hole that as it pulls everything in space within itself that matter becomes so awesomely compressed that there is not only no molecular activity anymore but that a tiny amount would weigh thousands of tons. Within this environment we have no idea how the principles of physics operate. 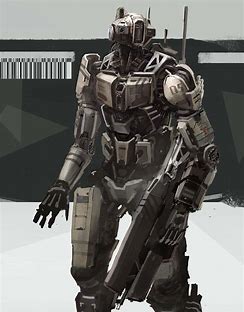 This is how the coming singularity of mankind is happening! When all computers, robots, and artificially intelligent programs can all reach into the cloud to retrieve data, problem solving examples, statistics, history, and the expanding dynamics of growing awareness, there will come a time when humans are no longer in control. We will be eclipsed like any primitive society that encounters a vastly more technologically advanced civilization like the American Indians and the western Europeans, like African tribes meeting the colonizing powers of the west, and the outcome could be that seriously dangerous for mankind when the global artificially intelligent systems determine man is a threat to himself, to them, and even to the planet. The question is, would they become our benevolent "Overlords" or an oppressive totalitarian society that must contain mankind's threat much less determine that we are no longer needed and systematically wipe us out? The oncoming "Singularity" is on its way! 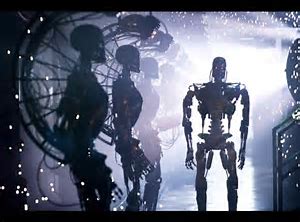 Mr. Sizzle, I'm not mad at Chris. He has brought a lot of good information here, but the last statement he made seemed like it was a form of denial, but that's okay everyone has their own opinion. Have we been conditioned by these films and sci fi entertainment? Yes.

Doc, I don’t think Chris was being dismissive or anything he was just saying this advanced technology is in movies like “The Terminator”.  The evil ones like to take technology that could be used for good but the sick machinations of depopulation are more to their liking.

I found this YT video that confirms what you’re saying Doc. Watch till the end when it gets creepy.

Chris of the Family Masters are you actually dismissing my findings thinking that I'm here writing about these issues because I'm have some kind of sentimental journey over cheap half assed science fiction films I saw as a kid and now I'm over joyed that this insanity has come to fruition? No! Did you know that Isaac Asimov wrote I Robot in the 1920's? That doesn't make it a mandatory eventuality but yes there were some visionaries that foresaw what we are sure to experience now! I am a bit perturbed that you are making a dismissive statement that this is just childhood fantasy that hopefully will become a world playtime because it will not! This is serious shit and it has nothing to do with movies Hollywood or TV it has to do with actual evolution of science and technology. That movies and TV somehow capitalized on it for entertainment has nothing at all to do with my findings!

Comment by Chris of the family Masters on May 27, 2020 at 4:40pm
Yes, we'll become controlled by robots soon. It's been foretold by the countless movies.

"Petrus Romanus, the last pope is here."
1 hour ago

"Completely correct Aaron.  For those that don’t know JP Morgan owned and had stock…"
5 hours ago

Less Prone favorited Freedomrox's blog post Coronavirus Is Not the First Mass Killing by Dr. Fauci — How Many Tens of Thousands of Americans Must Die Before Dr. Fauci Loses His Job?
5 hours ago

Chris of the family Masters favorited Phyllis Maka's blog post The Vaccine Hoax is Over. Documents from the UK reveal 30 years of Cover-up. - SOTN
13 hours ago