So You're Woke Congrats Part II 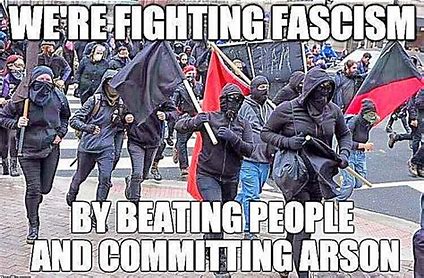 Take a look in the mirror and what do you see? Is there a jack booted Nazi there dumping an armfull of books into a fire? Then you need to look closer. Why? Because cancelling out people, shadow banning, deleting soclial media access is the same thing as being a book burning Nazi. Only difference is that you live now instead of 1939. If you think ANTIFA is cool and you even join with them you have even more in common with goose stepping brutal Nazi bastards than you can even imagine. So, I guess being delusional is an essential part of being "Woke".

When you consider the kind of intellectual output that you use verbally and textually toward others once again take a look in the mirror. Do you see a parrot sitting on a pirate's shoulder repeating everything it hears? Well my friend, every time you open and close your beak saying things like "Police are systemically racist and want to kill black people or maybe President Trump is a racist, or America is a racist nation, you really should get your feathers plucked! The US has had a black president, black attorney general, has a majority of black players in the NFL, NBA, and MLB and no one is accusing blacks of using their privilege in those sports or even having an unfair majority as they do when it comes to Caucasians dominating a particular industry due to having the credentials required. But, Hey you're "Woke" and facts don't matter! You don't need that much information because like a deer on a game trail, you'll just follow the path of least resistance like all the other animals.

I can make a prediction about your future though. Even though I don't know you I can actually make a very accurate prediction about how you will end up. You see, there was a fellow by the name of Yuri Bezmenov who had a name for the Woke crowd who fancy themselves at being in a elevated state of awareness compared to their much hated conservative counterparts. The name is "Useful Idiots" you see, Yuri, being a KGB agent specializing in propaganda and disinformation saw how people who don't know what they're talking about, are ignorant, and looking for a new band wagon to hop on are prone to quickly becoming an extinct species. This threatened existence happens as result of contributing to the downfall of the very society they live in and depend upon because they have been led to believe that it is morally corrupt or just plain bad so these "Woke" useful idiots do things to sabotage their own country like acts of terror, rioting, looting, burning public property, and being very self righteous about it too! 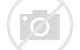 You see, you "Woke" people are so good at identifying corruption where there is none or that may have happened a long time ago, but may not happen today in current history. Just because you're that very specially kind of mentally deficient individual, you don't bother to analyze, consult other sources of information, or even respect the contributions of others who may have died for the sake of their countrymen so those like you, the "Woke" people could have a free society that tolerates your unfounded criticism and your ill advised civil disobedience! It's so amazing and, yet ironic how you "Woke" people have so much in common with that other bound to be extinct species known as "Useful Idiots".

Here's a little historic information that will clue you in on your impending fate. Just as in all Communist uprisings and overthrows of other cultures who use tactics like you "Woke" people, you know people who like to find fault with the very institutions you depend on to keep things running like oh say, police, courts, stores owned by minorities and other hard working people, cities where you and others live that you find so despicable. As our good pal Yuri Bezmenov said in his lectures all across the speaking circuit of America and Canada once the "Useful Idiots" have aided the revolution that all the "Woke" people, like yourself contributed to, they will be the first to be exterminated, liquidated, or executed!

Why? Because they, I mean you, have outlived your usefullness once you see that all of your misguided effort led to your very own downfall, and now that you're all upset and put out over the fact that you were simply used for the purpose of destroying your society, you will have to be eliminated. You will become merely an inconvenience that must be discarded like the garbage you really are. So, oh "Woke" buddies when you end up like those old black and white films showing people being buried alive, shot in the back of the head, or standing before a firing squad, just ask Bill Ayers or Bernadine Dorhrn. They had planned on having to execute millions of Americans once their revolution had succeeded. They both thought that what they were doing was "Woke" too as federal agents pursued them for 10 years until they gave themselves up, but that's another story.

Cheeki Kea Thanks for your attention.

Thanks Patrick appreciate your support.

Amanda Vollmer,  a doctor of Naturopathic Medicine has the clearest and relevant expression of…See More
24 minutes ago
0 Comments 0 Favorites

"Yeah! There's a dose of reality for yuh!"
7 hours ago

"WTF is anyone with a brain thinking about American leadership at that summit?"
9 hours ago

"Damn that's funny but having this ass clown in office isn't!"
9 hours ago

"I believe this will go down as my all-time favorite."
13 hours ago