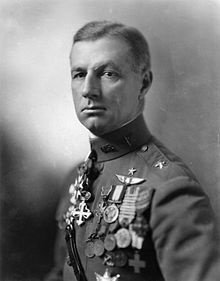 Yes he did, in a 324-page report (though, in writing it, he completely disregarded the plausibility of such an attack taking place via carrier-based aircraft), and what is more, like so many other famous U.S. military leaders in his time—Army Chief of Staff George C. Marshall, of later World War Two fame, for example—he rightly predicted what kind of war his country would be fighting if it ever came to blows with Japan in the near future, which he doubtless thought was much nearer than most of his contemporaries imagined.

One of the great Japan historians of our time, John W. Dower, in his masterful 2010 book Cultures of War, recounts Mitchell’s views on the nature of a U.S.-Japanese conflict.

“At the same time, it is also true that the vision of killing Japanese (and other peoples of color) wholesale had deeper roots in the Anglophone world. Although it is correct to argue that ‘precision bombing’ of explicit, conventional military targets was a mantra among those who directed the U.S. air war prior to 1945, the image of Japan’s cities and their inhabitants going up in smoke had mesmerized the apostles of aerial bombardment—as well apocalyptic Caucasian dreamers of a race war between East and West—almost from the very beginning of the age of air power. In the mid-1920s General William (Billy) Mitchell, America’s outspoken visionary in these matters, was already describing Japan as an ‘ideal target’ where a U.S. air offensive would be ‘decisive,’ given the congested nature of cities built from ‘paper and wood or other inflammable structures.’ By the early 1930s, Mitchell was speaking with little restraint of a war against the ‘yellow military peril’ in which Japan’s ‘wood and paper’ cities and towns would provide ‘the greatest aerial targets the world has ever seen. . . . Incendiary projectiles would burn the cities to the ground in short order.’ To polish off the task, Mitchell proposed accompanying this with ‘an attack by gas.’” (Dower, p. 167). 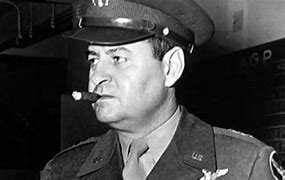 General Curtis "Bombs Away" Le May must have read Mitchell's plans for dealing with Japan if WWII ever broke out. By the way, the Russians who feared LeMay gave him that nick name.

Yellow military peril. Wood and paper cities. Incendiary projectiles. All of these words provided the ingredients for a recipe of the sort of racist “total war” that, as Dower asserts, ultimately defined World War Two. To Mitchell, a decorated and battle-tested veteran of the last world war—a war, he strongly opined after it was over, that did not “end war”—the conflagration not just with Japan, but his country’s former enemy Germany as well, would be a grand spectacle of exactly how he believed wars should be fought and won. The November 11 Armistice that ended the Great War in 1918 but merely humiliated the Germans without sufficiently beating their army in the field was enough to make Mitchell and other fellow colleagues from that war—not least of all the commanding general of the American Expeditionary Forces, John J. “Black Jack” Pershing—portentous in their postwar thinking of what lay ahead for their world as it struggled to return to peacetime. If a second war was to come, Mitchell forewarned, it must be finished in the enemy’s streets and homes, not merely on some distant battlefield—much less one in a foreign land, like in 1918. 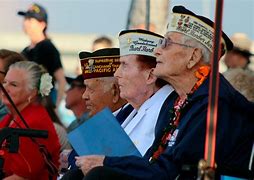 One respondent's reply to the Billy Mitchell Story

Tina Owens
Lived in Been in Hawaii Since 1985, Big Island Since 1993Author has 779 answers and 2.8M answer views Updated 5y
Related
What happened at Pearl Harbor?

FIRST HAND ACCOUNT OF THE ATTACK FROM A JAPANESE PILOT

I have a very interesting perspective on the Japanese attack on Pearl Harbor. During the media buildup to the 1991 50th anniversary I was in charge of an entire Japanese news network’s (TV Asahi) coverage of the four-day event. TV Asahi had paired up with the fledgling American network, CNN. Over the four months leading up to the date, we did a number of interviews, beauty shots, b-rolls and booked more than 23 hours for live satellite feeds, some of which occurred during the middle of the night, Hawaii time.

One of the most interesting weeks was when a crew came over from Japan and brought with them one of the pilots of the attack. He was a sweet, gentle older man named Zensaku Kawahashi. He had been 22 at the time; he was 72 when I met him.

One day we got special permission from the Navy to go out to the Arizona Memorial later than usually allowed to get some sunset silhouettes. As the camera crew was busy with their stuff. I waited on the dock. The sun disappeared and navy personnel began lowering the American flag. It was quite lovely. I glanced over at Mr. Kawahashi and was stunned to see that he had taken out his original pilot’s cap, put it on, and was silently saluting the American flag. Tears ran down his face. He hadn’t said a word to anyone. He didn’t do it for the cameras, or for me; he did it for himself.

The fortunes of war ironic, tragic, and too easily forgotten: Doc Vega.

One thing the author here Oliver Gloom did was attribute racial prejudice into a global war that happened 80 years ago while the Germans and Japanese committed horrid genocide yet he is attacking the allied forces who liberated the war of these evil bastards? Revisionism here as well. Revisionism is a form of propaganda used for a political agenda and Oliver Gloom is wrong.

steve replied to MAC's discussion Jordan Peterson’s Plan to DESTROY The World Economic Forum!!!
"son of peter or dickhead as we call his kind wants to attack iran also pushed the jabby jab and…"
8 hours ago

steve commented on tjdavis's blog post Pfizer Creating Mutations
"Here is how we all should respond to these MUDERERS. Steve A RIGHTFULLY BLOODY ANGRY LADY…"
11 hours ago

NATO and Western countries do not want peace in Ukraine. In fact they are actively and openly talking about soldiers and boots on the ground. Putin just issu...
12 hours ago
0 Comments 0 Favorites