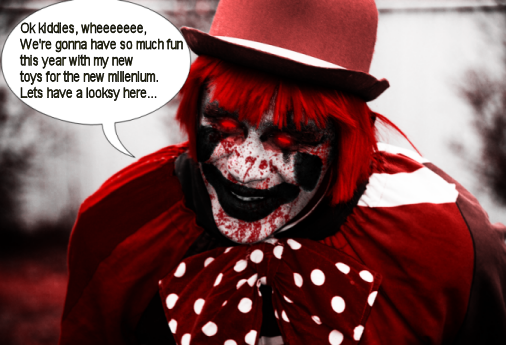 So you're training your baby to be a hipster, huh? Round this gift off with a trust-funded apartment in Brooklyn, soy milk, and biodegradable diapers. No good child is complete without a nervous tick or complex brought on by a deep-rooted fear of inanimate objects. NumbersAlive! gives a face to your favorite numbers, which is horrifying. 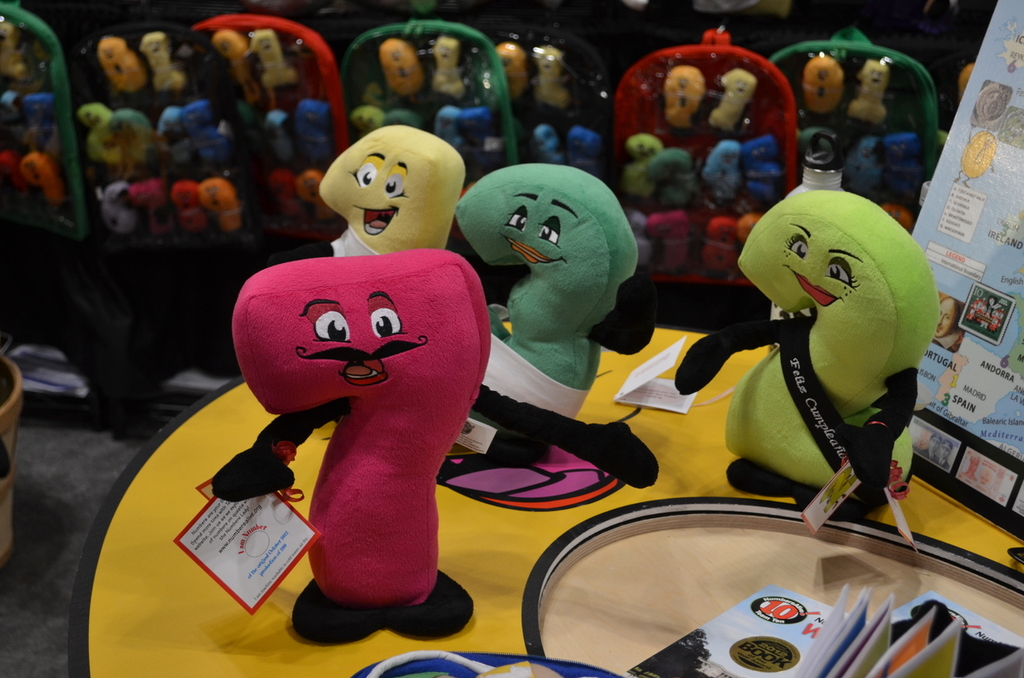 You want your children to go to college? Stop telling them they need to get good grades and find a career, and give them a real college experience early on: a giant version of beer pong that features buckets instead of keg cups. What liquid do you fill them with? You be the judge, but please don't get arrested. Awww, look at wittle Heisenberg and his wittle meth cook outfit! Breaking Bad plush dolls are awesome, I'll admit, but should your kids own them? Yes, actually. They'll be chemists in no time. 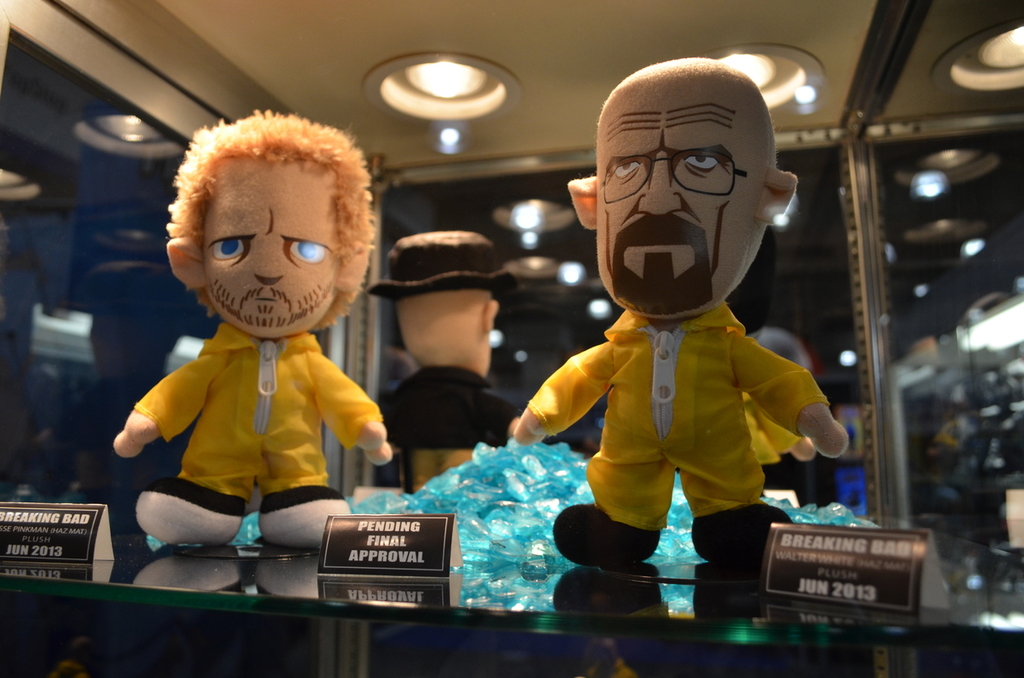 People often ask me, "I want to line my child's wall with anthropomorphized soft cylinders, but which ones should I get?" Here you go. Thank me later. Forget Bratz, your child was made to start their own alternative clique at school. This pink-haired monkey is a lesson in fashion. 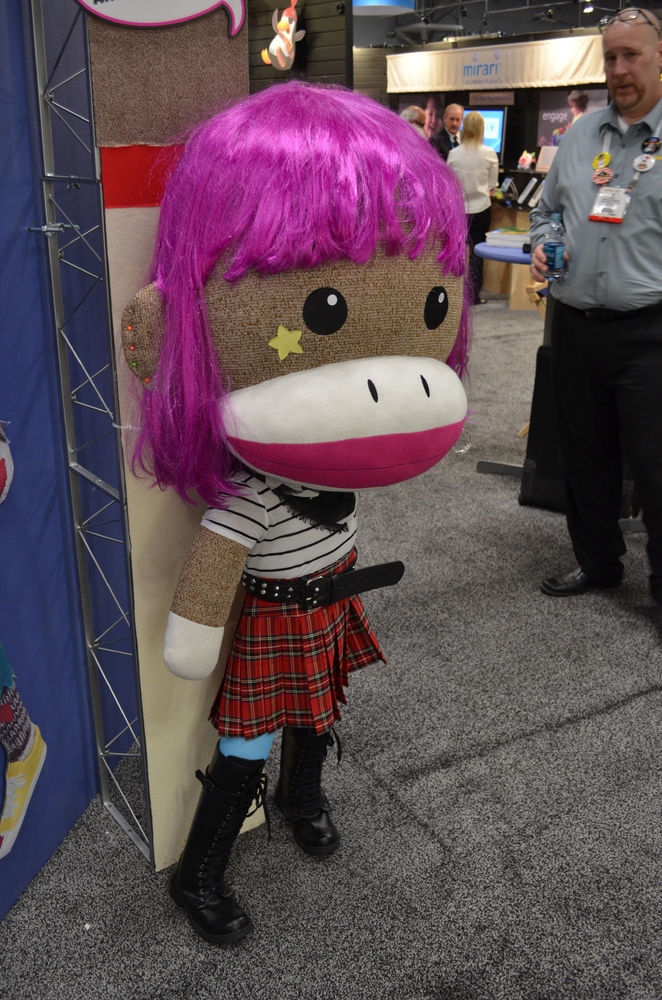 You can play a game with fake baloney, I hear. It appears to be some sort of twisted home economics lesson with no reward of a sandwich at the end. 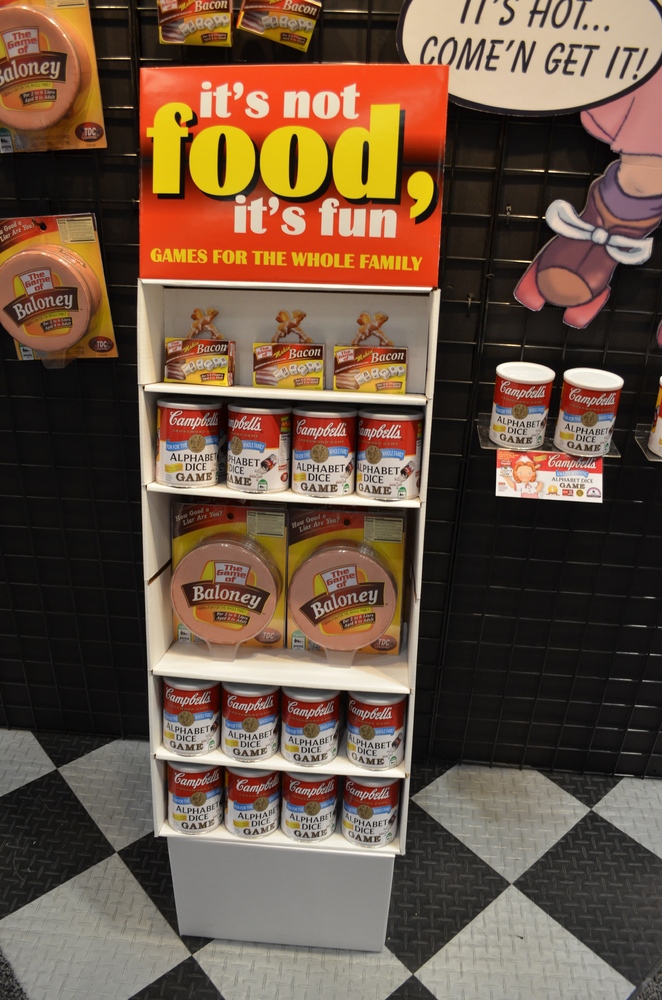 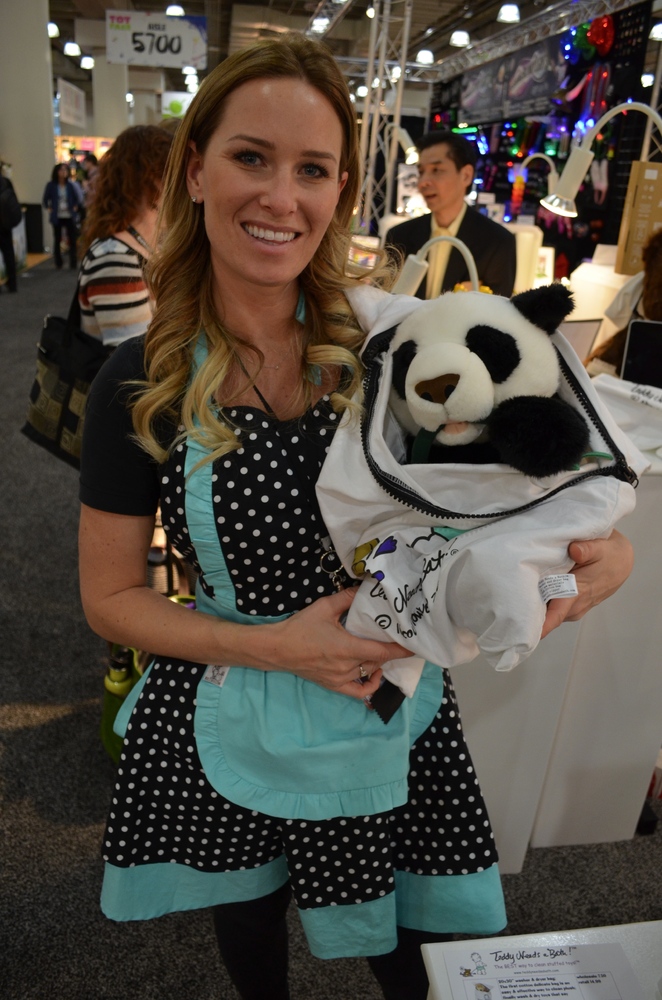 "Son, I told you not to eat the cupcakes before dinner. You know the consequence for your actions. Thirty minutes in the Thinking Putty." 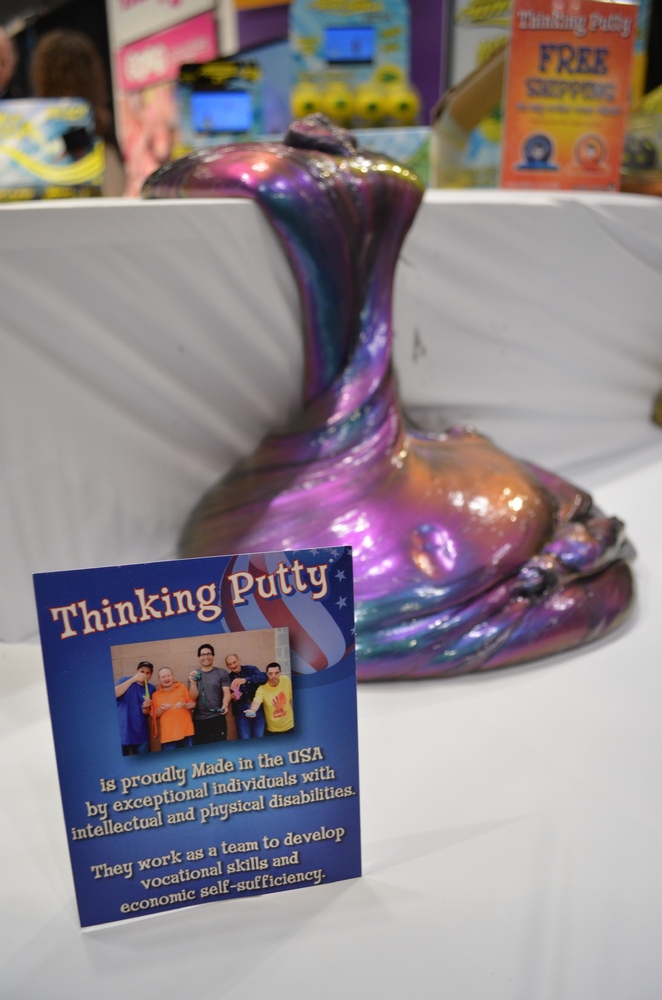 Don't stare into its eyes too long. It will try to reach into your soul. 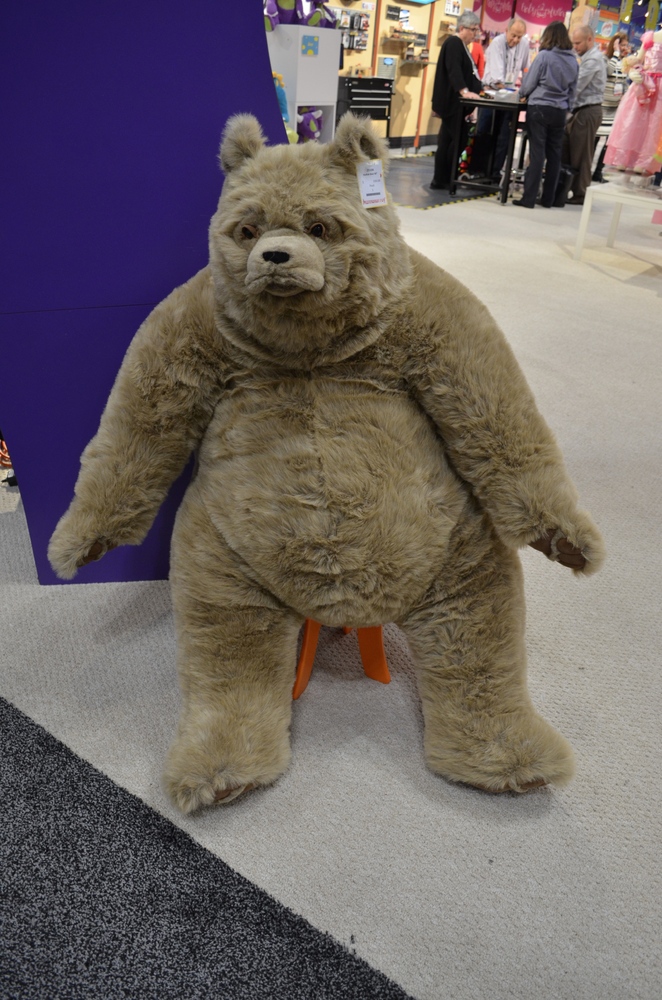 It's important that your kid learns the pride and general enjoyment of having mounted heads on his or her wall early. Beanie Babies, OUT. Plush mammaries, ovaries and testicles by I Heart Guts, IN. They come in a variety of colors so your freak child's room will at least match. Brain washing and mind control starts early since they want the future adults to live in a very different decadent society. Here is one more "wonderful" toy for your children; those "cute" Monster High death dolls are kids of monsters. Mind control!

ROFL How did you know im the king of Lego Billund. Come play with me in Legoland.

LOL, Daniel is this where you tell us you work for LEGO? :D 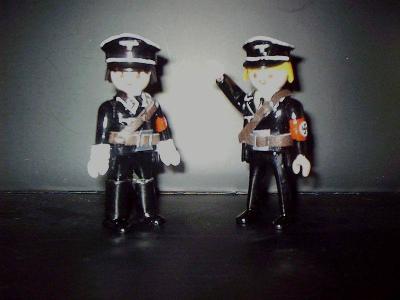 Soft cylinders OMG a mixture between living cigarettes and sex toys. With a sprinkle of Beaker from Muppet show. LMAO......................... But so tragic people are living in a illusion.

Can I get the hot lady in the polkadot dress? Can I, can I please? ;)

Reality in learning is great and this Playmobil Security Checkpoint is a great way to get kids ready for the process of traveling.

From the Manufacturer:
The woman traveler stops by the security checkpoint. After placing her luggage on the screening machine, the airport employee checks her baggage. The traveler hands her spare change and watch to the security guard and proceeds through the metal detector. With no time to spare, she picks up her luggage and hurries to board her flight!

Or does she? Instead of writing our own reviews, we’ll simply pass along the ones from Amazon customers:

By loosenut (Seattle, WA)
I was a little disappointed when I first bought this item, because the functionality is limited. My 5 year old son pointed out that the passenger’s shoes cannot be removed. Then, we placed a deadly fingernail file underneath the passenger’s scarf, and neither the detector doorway nor the security wand picked it up. My son said “that’s the worst security ever!”. But it turned out to be okay, because when the passenger got on the Playmobil B757 and tried to hijack it, she was mobbed by a couple of other heroic passengers, who only sustained minor injuries in the scuffle, which were treated at the Playmobil Hospital.

The best thing about this product is that it teaches kids about the realities of living in a high-surveillance society. My son said he wants the Playmobil Neighborhood Surveillance System set for Christmas. I’ve heard that the CC TV cameras on that thing are pretty worthless in terms of quality and motion detection, so I think I’ll get him the Playmobil Abu-Ghraib Interrogation Set instead (it comes with a cute little memo from George Bush).

My family was planning a vacation to Europe, so I purchased this item to teach my twins about what to expect at the airport and hopefully, alleviate some of their anxiety. We also downloaded the actual TSA security checklist from the American Airlines website and then proceeded with our demonstration.

Well, first we had to round up a Barbie and a few Bratz dolls to play the other family members, so that cost us a few extra bucks at the Dollar General and it is aggravating that the manufacturer did not make this product “family-friendly.” Of course, since the playmobil Dad could not remove his shoes or other clothing items, unlike the Barbie, the playmobil security agent became suspicious and after waving her wand wildly a few dozen times, called her supervisor to whisk the Dad into a special body-cavity search room, (which incidentally led to quite an embarrassing and interesting discussion with my twin daughters about personal hygiene and a slight adjustment to the rules we had them memorize about touching by strangers).

But worst of all, since the suitcase did not actually open, the baggage inspector made a call to the FBI and ATF bomb squads which then segregated the family’s suitcase (which btw was the only suitcase they provided for our educational family experience) and according to the TSA regulations, had to blow it up, (since they could not otherwise manipulate the luggage, break off the locks and put one of those nice little advisory stickers on it), which we had to simulate out in the backyard with a few M-80s and other fireworks.

We’ve now spent an additional $3,000 to pay for the girls therapy and medication over the past year since this incident occurred, and the psychologists have told us that this will affect them for life, so much for their college fund and our retirement.

Then, to top it all off, when we tried to use to playmobil phone to call the company to ask for reimbursement, as you might expect, of course the dam thing didn’t even work; neither did our efforts to e-mail them using the computer screen on the baggage checkpoint; and our real-life efforts to contact them to obtain re-imbursement have also likewise been ignored.

Worse yet, we had the product tested and found out that it was positive for both lead paint and toxic chemicals, having been manufactured in China by workers holding formerly American jobs, so now we all have cancer and have been given only another year or so to live. My advice – educating your kids about airport security with this toy may actually be more harmful to them than just packing them in the darn luggage with some bottled water & hoping they survive.

By M. MCKNIGHT “reviewer” (US)
This toy would be a lot more realistic with about 350 people standing in line for an average of an hour. It still makes a nice set with the interrogation room.

Special thanks to Jennifer, one of the heroes of Canton OH for bringing this toy to our attention.

Wow, I don't think weird describes these toys at all... more like down right creepy. The testicle, 'having a ball' along with prostrate, 'right hand gland?' Hmm... it sounds like something a pedophile would come up with.

and here's a few more wondrous delights for your developing minds kids!!!.....

In Shocking Roulette four players stick their index fingers into one of the four slots, the game begins and the dial spins. The winners survive to the next round and the loser gets a painful shock. What a great way to spend time with your family and friends! 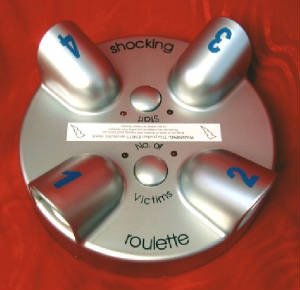 Transformers Kiss Players were a strange toy line that combined the legendary Transformers with adorable anime girls. The girls would kiss the Transformer to give him a special power up. To make things even more creepy, the toy line was aimed at older collectors and the box even featured a "15 and Up" age limit. 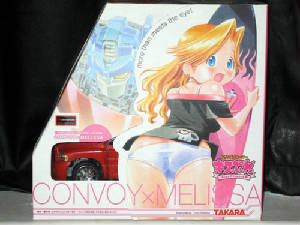 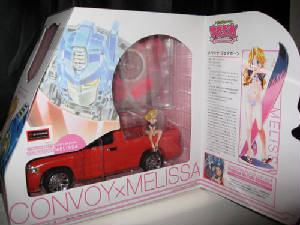 Please take off your shoes before playing with the Playskool Airport Screening Checkpoint. It also comes complete with a full body pat down! 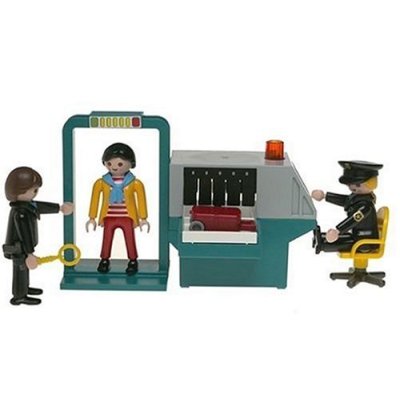 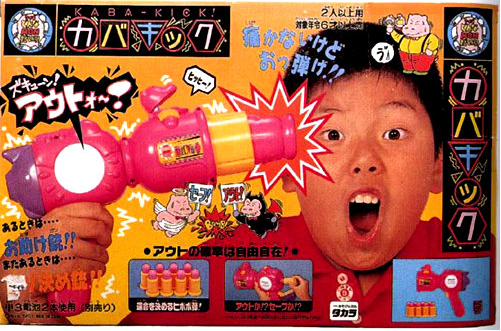 Give your child an early start in a life of crime with this Safe Cracker Playset, from Playskool. 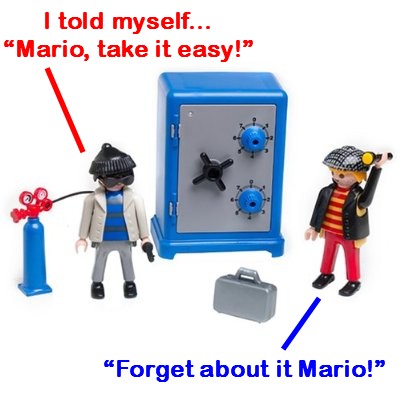 Wake up to the sounds of gunfire! Gun O'Clock is an alarm clock that can only be turned off by shooting it with special light gun. The gun features realistic weapon sounds that are sure to start your morning with a bang! 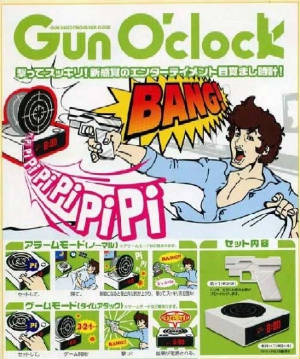