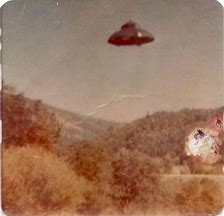 The year of 1960 was met in the aftermath of several massive UFO flaps in the mid 1950's. With Project Blue Book emasculated and other agencies now in charge of classified UFO investigations, the public has no chance of being informed of ominous developments. For several weeks US Defense contractors having turned the 1st generation of spy satellite cameras capable of reading auto license plates from orbit outward into space they're detecting trouble. For several days in 1960 according to Donald Keyhoe, former assistant to Charles Lindbergh during WWII a huge unidentified object is detected in earth orbit. It is tracked by astronomers and powerful targeting radars for days.

During one particular incident what some would call a gigantic mothership today was identified as a huge ellipsoid object at orbital height under constant observation by nervous Strategic Air Command units ready to deploy. In this era NORAD (North American Aero Defense Command) is unable to identify whether or not the orbital anomaly is friend of foe. Suddenly reports throw several US Air Force bases on alert and jet fighters are scrambled. The gigantic UFO has descended from orbit down to 90,000 feet. Yet, the jet interceptors of the time could only reach a 55,000 foot service ceiling. It is at that height that F-89 Scorpion all weather interceptors, F-100 Super Sabres, the F-101 Voodoo, the F-106 Delta Dart, and the F-8 Crusader could only helplessly fly considerably below the huge machine from an unknown origin. 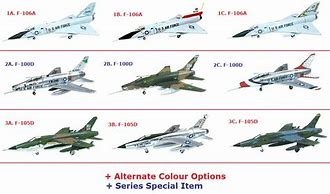 Hoping the huge mystery craft would descend further downward would only have raised another question. What next? Was it these types of attempted intercepts of high flying unknowns that sparked the creation of "Project Saint" an orbital defense system that was the first such strategic project? In 1960 this satellite interception system was designed to locate unidentifiable objects then maneuver into their path and destroy them. Predating "Blue Gemini" and "Star Wars" project under the encouragement of President Ronald Reagan Project Saint conspicuously came into existence the same year of the ominous gigantic UFO's that were tracked in the upper atmosphere in 1960. 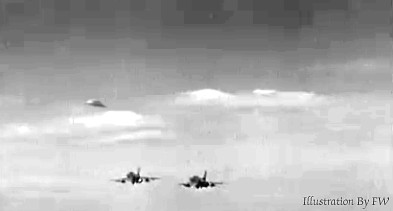 Yet, this was not the only secret project proposed by the military. The US Army proposed the "Horizon" project in 1960. According to sources interviewed by Colonel Philip J. Corso retired, due to continuing confrontations between the USAF inventory of available fighter aircraft and "Bogies" of unknown origin the Horizon Project was a proposed manned space station on the lunar surface. A space station that was commanded by the US Army. Apparently high ranking generals in the Pentagon were concerned that an extraterrestrial presence was already on the moon. Surveillance photos that differed greatly from the Ranger Satellite program that crashed a US spacecraft on the moon surface taking photos until the impact and transmitting them back to NASA, Defense Department contractors like Lockheed and others were making detailed studies of the lunar surface that concerned them.

According to the plan, military personnel would occupy the station at all times being routinely cycled out and debriefed while maintaining surveillance on the moon. Despite the separation of NASA from US Naval rocketry projects, US Army testing, and US Air Force classified projects Werner Von Braun, visionary German rocketry expert who led NASA through the Apollo Project since its infancy warned against weaponizing space exploration, but the Joint Chiefs of Staff have other ideas due to the potential dangers of allowing the intrusion of foreign technology of unknown origin eclipsing US national security.

Parts from the unknown

According to Philip J. Corso, former US Army Intelligence Captain, and Eisenhower era scientific advisor, US Contractors were already being ceded recovered artifacts from the Roswell Crash dating back to 1947. While the CIA and NSA were in a feverish quest to acquire alien technology Colonel Corso under the direction of his superior, General Trudeau, had urged Philip to arrange secret exchanges of alien hardware under the aegis of recovered foreign hardware to American defense contractors to back engineer it into useful purpose. While many US intelligence agencies combed all known sources for the Roswell artifacts little did they know the recovered crash hardware was right under their noses concealed at the Pentagon in storage under the secret possession of the US Army. The year of 1960 marked a significant shift in policy regarding UFO's, their possible origin, and how to technically use their own equipment against them. A new generation of classified projects were unleashed and put into motion inspired by forces unknown to the general public and only by a few who were on the inside. According to Philip J. Corso the Roswell recovered wreckage account for such modern day developments we now take for granted such as optic fibers, miniaturized circuitry, the laser, pilot to aircraft wireless control, and more. It is strange to think of the instrumentality we use today coming from unthinkable influences dating back to 1960 and beyond.