2018 Soros Threat Flashback: 'Trump Will Disappear In 2020 Or Sooner' Having tried and failed to remove President Trump from office - having never accepted the results of the 2016 US election - we re…

Having tried and failed to remove President Trump from office - having never accepted the results of the 2016 US election - we remind readers of a threat made by Billionaire progressive activist George Soros at the 2018 World Economic Forum in Davos, Switzerland.

After explaining that he considers the Trump administration to be "a danger to the world," Soros then said he sees it as "a purely temporary phenomenon that will disappear in 2020 or even sooner," according to CNBC. 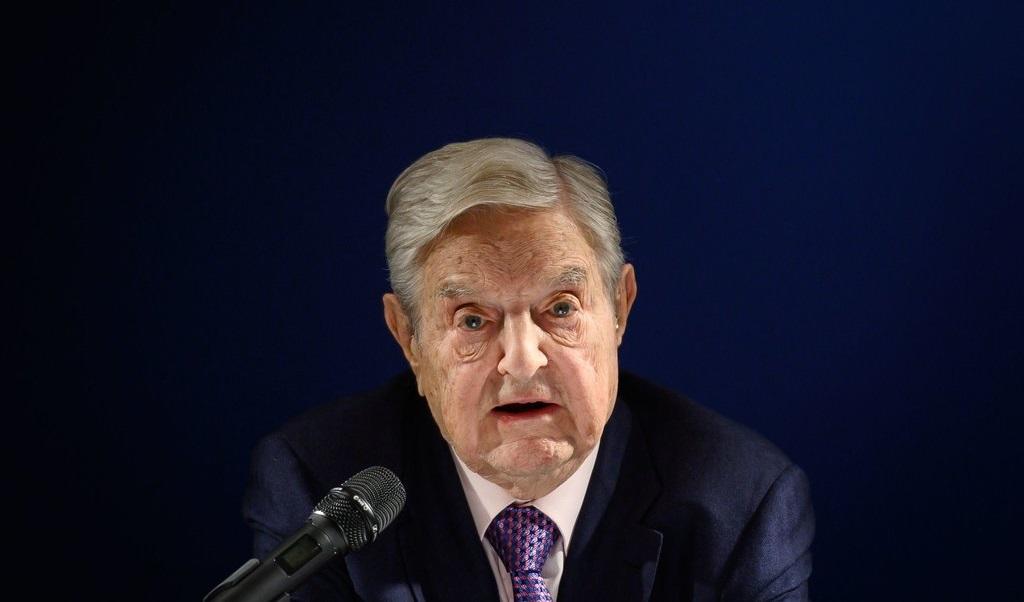 Soros - who reportedly lost around $1 billion trying to short the market after Trump's 2016 victory, also claimed that the US is now on course for nuclear war with North Korea.


"The fact of nuclear war is so horrendous that we are trying to ignore it, but it is real," he said, adding "Indeed, the United States is set on a course towards nuclear war by refusing to accept that [North] Korea has become a nuclear power."

"This creates a strong incentive for North Korea to develop its nuclear capacity with all possible speed, which in turn may induce the United States to use its nuclear superiority pre-emptively, in effect to start a nuclear war to prevent a nuclear war, obviously a self-contradictory strategy."

"Not only the survival of open society but the survival of our entire civilization is at stake," he continued. "The rise of leadership such as Kim Jong Un in North Korea and Donald Trump in the United States have much to do with this."

Soros recommended a "carrot and stick" approach which would incentivize North Korea for "suspending further development of nuclear weapons."

Why is that scoundrel allowed to continue undermining the U.S.? Is supporting terrorism and Marxism legal and fashionable? Put that stick he proposes from in one of his ears and out the other. And the carrot, you imagine where he might enjoy it the most. And the Clintons and all the swamp creatures as still free.

A life of a political animal is full of deception, lies and underhanded deals. But don't overlook…
3 hours ago
0 Comments 0 Favorites

Less Prone replied to MAC's discussion Just a little private talk hear amongst our selves.
"A hell of a show they are giving us with all the twists, turns and drama. The future of not only…"
3 hours ago

Broadcast To The World (Reply)

Common law fundamentals and practical advise how to handle out of control servants.…See More
4 hours ago
0 Comments 0 Favorites

MAC replied to MAC's discussion Just a little private talk hear amongst our selves.
"I hear yeah CS, I don't know why he called the people to DC, show of support, not sure. I know…"
4 hours ago

MAC replied to MAC's discussion Just a little private talk hear amongst our selves.
"Mike Adams came over to my way of thinking... Although, I believe the military will bus the…"
4 hours ago

Central Scrutinizer replied to MAC's discussion Just a little private talk hear amongst our selves.
"Hilarious interview years ago (now lost to the "U SHALL NOT PASS ether world) back when that…"
4 hours ago

Central Scrutinizer replied to MAC's discussion Just a little private talk hear amongst our selves.
"I hear that couz.... He MAY HAVE dusted off the 14th..... & contrary to popular belief, I…"
4 hours ago

Twilight Zone replied to MAC's discussion Just a little private talk hear amongst our selves.
"I don't see why Harris, a POC who was born of two students here on visas (Not US citizens,…"
5 hours ago