A Slick Trick on the NDAA and Indefinite Detention; Don't Be Fooled!

It looks like there is slick little trick brewing in Congress. Supporters of locking people up without charge or trial are getting ready to play yet another trick on the American people.

Late yesterday, Congressman Scott Rigell and 26 other members of Congress introduced a bill, H.R. 4388, which he is trying to sell to the American people as a "fix" for the National Defense Authorization Act. But in fact, it is a useless bill that might actually end up causing harm.

That's right. The plan in the House of Representatives seems to be to try to fool Americans into thinking that they are fixing the indefinite detention problems with the NDAA and the Authorization for the Use of Military Force, when in fact, they are doing nothing good. 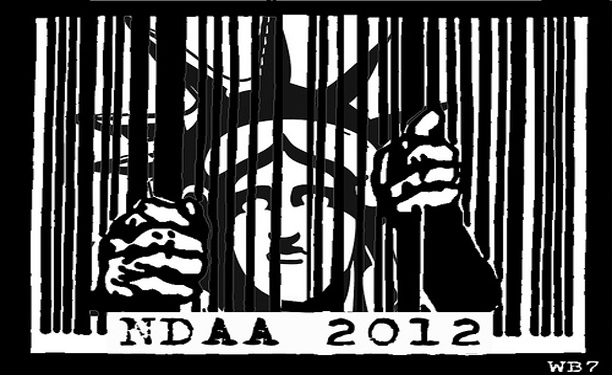 "Stuck  between work "mandates" and hardheaded wifey and kids. A man must stand for…"
8 hours ago

cheeki kea replied to steve's discussion I told you so na na na na na
"Thanks steve that's a good video. Funny how that little white cat seems to have a way of…"
13 hours ago

"Hey Kea, I completely reject that thought ,these guys are shedding the so called variants caused by…"
13 hours ago