A Letter to all Democrat Supporters How’s it Working Out For Yuh? 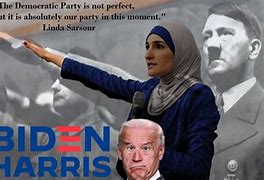 Let’s take a look at how just one year of American life has been affected by the Democrat party and the Biden clown show. To all of you who voted for the Democrats or still support their platform, one thing I’d have to ask. Why? After this review, I’m going to ask the same question again because anyone who would support such destructive policies either wants America to fail or to simply collapse! Illegitimate President, Joe Biden’s very first shots across the bow were to open the US southern border so far allowing at least 2 million unknown, undocumented, un-medically tested illegal aliens into the United States while American citizens were being punished with lockdowns, mask mandates, and vaccine mandates, yet no such worries for people from places and cultures where diseases like tuberculosis, bubonic plague, hepatitis, and small pox are still active and taking victims. That was just the first move of the Democrats. Did you think this was a positive act that benefited your country? Please explain.

States and the federal government are now paying billions on welfare, food stamps, medical treatment, shelter, and transportation for illegal immigrants costing more and more deficit spending and bringing the US dollar closer to collapse. How could you possibly vote Democrat? 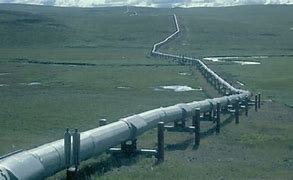 Slow Joe’s 2nd shot across the bow was to close the Keystone Pipeline. A perfect source of cheap abundant, and secure energy, providing 40 thousand jobs, and tax revenue for every jurisdiction that the pipeline crosses. Gone! Now gas prices are soaring! The cost of living is soaring! Please tell me how you could vote for this kind of policy?

Within the next idiotic brush stroke, Uncle Joe decided to abandon Afghanistan, promising no Americans would be left behind. Well guess what? Not only were hundreds of Americans left behind enemy lines to be hostages by the Taliban, but in order to meet a stupid and unrealistic withdrawal date, 85 billion dollars in US hardware, ammunition, and weapons were left, along with those Afghans who had worked for the US and would now be executed for doing so by the Taliban. To add insult to injury millions of dollars of US currency was paid to the Taliban to help buy time as we withdrew overnight from Bagram Air Base leaving our Afghan fighting forces overnight to fend for themselves. Now China will occupy that base, a crucial strategic target! Please explain to me how this action benefited the interests of America? 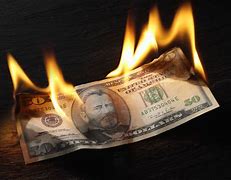 Fact-Since taking office the Biden Presidency due to its actions has now produced the highest inflation in 40 years! If a family were making 60,000 a year in 2020 by 2021 the same income would need another 5,000 dollars in order to make up for the lost buying power of the US dollar! Please tell me how you could possibly have voted Democrat? Fact-Thanks to Biden’s handling of the Covid-19 debacle 110, 000 small businesses have closed and 600,000 movie theaters have closed. Thanks to the lockdowns, the mandates for masking and vaccines, and now Pfizer says the serum is hardly effective if even effective at all! Who paid for these faulty vaccines? The American taxpayer! Who allowed these Big Pharma companies to be indemnified by the US government? The Democrats! So, as thousands of deaths and injuries happen as we speak Big Pharma cannot be held liable! Please tell me how you could possibly vote for the Democrats? 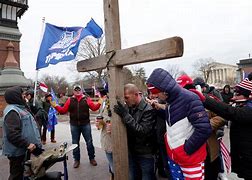 Fact- Despite members of ANTIFA being spotted in the Capitol Building on January 6th during the supposed insurrection that gave the Democrats justification to barb wire and barrier up Washington DC like some third world banana republic dictatorship, we know that not only did the FBI have agents embedded in the crowd, paid agitators exhorting the crowd to burn down the Capital Building, but the Capitol Police were sucker punching members of the crowd to start fights. There are 46 thousand hours of surveillance camera film, some of which has been released showing the Capitol police opening doors for the crowd! The entire affair is nothing more than a trap to incriminate Trump supporters! Responsible American citizens are being held as political prisoners in DC jail denied clean water, good food, and being kept in solitary confinement under indefinite detainment! Fact- Keep in mind that terrorists at Guantanamo Bay who have killed US servicemen in attempted breakouts have been given food of their religious culture, soccer playing fields, vending machines, and are allowed to watch movies and TV! Yet, our own patriots are being treated worse than terrorists! Nancy Pelosi was proven to have refused additional police back up on January sixth! Now the Democrats say that they do not have to release camera footage at the Capitol Building on January 6th as evidence so now the Democrats can get away with planning a false flag and being above the law in the court system. Please explain to me how you could ever vote Democrat, support a Democrat majority or any of their anti-American policy? The fact remains that because of your ignorance and support of a political party who should not even be allowed to have influence in our government as they are doing the work of the Communists, they must rely on your ignorance as the backbone of their support other than the voter fraud Democrats used to massively reverse what should have been a landslide victory for President Trump! 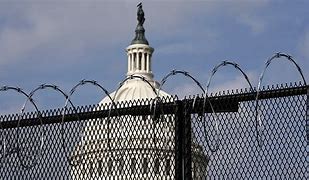 They have hijacked my country!

rlionhearted_3 Unfortunately, you're right. There is plenty we don't know about!

And that just the stuff we know about.

Boris, that's a kinder explanation than I would use but very succinct. I would say those who need to pull their heads out have allowed this travesty of justice to continue.