And Still They Keep Coming After Us

Could the authorities give a damn that the Covid 19 Vax is not only ineffective but deadly even after an admission by Pfizer’s CEO that the serum is minimally effective if effective at all? No! The DFW Airport Health Alliance Chairman was interviewed on WBAP on Thursday saying that everyone still needed to mask up and get their booster shot. Either word isn’t getting out to these scum bags or they just don’t care and will continue to carry out their narrative and their objective. Just more proof that as the veil of deceit is peeled back, they are still not leaving us alone!

Democrats calling for the unvaccinated to pay more taxes, wear ankle bracelets, remain in home isolation if continuing to refuse to be vaccinated with the dangerous untested serums! Do you think they will leave you alone? During the height of the alleged pandemic patients were told to wait for hospitalization until they couldn’t breathe anymore, then dosed with the impotent drug known as Remdesivir then put to death on the pure oxygen ventilators that only assaulted the already congestive lung tissue of patients who were dying of pneumonia or the common flu. When they died of these maladies they were called Covid 19 Flu or Covid 19 pneumonia. Construction workers falling off ladders and getting killed became Covid 19 deaths, car accident fatalities suddenly became Corona Virus victims! As they urged you to mask up and get your shot!

Blood on their hands

Those who needed lifesaving operations were sent home because of the Covid 19 pandemic! So they allowed people to die by denying conventional procedures based upon a fake pandemic that took priority over the Hippocratic Oath! These people have blood on their hands! They should be prosecuted for denying treatment! A young law enforcement officer and his poor wife are fighting the medical authorities at a Dallas hospital right now who denies the stricken lawman Ivermectin since his Covid shot failed to protect him and he was in a coma for a time, even after a court order for the hospital to administer the known effective drug the hospital officials got an injunction against providing the dying patient with the reliable treatment.

The intentional killing of patients

In Minnesota a patient had to be evacuated from a hospital there that refused to treat the Covid patient with Ivermectin of hydroxychloroquine and sent to Dallas where a local medical treatment center would administer the lifesaving drug. Why is there so much resistance to simply doing their job and using time tested drugs that have been safe and effective? Why has the media and government persisted in using a flawed and dangerous manner of treating a phantom plague that when overlapped on a map of seasonal flu cases just about fits the exact pattern of worldwide influenza and the resulting pneumonia cases that result? Proof that even with the facts in plain sight they are still going to come after you!

Worse is not the insidious actions of the death doctors and their witches brew concoctions killing some people within minutes or hours after the injection, world class athletes in the heat of competition dropping dead after the vax, or using the equivalent of malpractice to ensure those with congested lungs die on a ventilator, it’s the compliant sheep who look down there nose at those of us who are smart enough to see through the façade and refuse their fiat treatment for their concocted false plague! Those of you who unthinkingly allowed yourselves to be herded like sheep through the chute and into the barn for your mass livestock husbandry! You took your orders and submitted like lab monkeys and even paraded your little icons around to your countrymen, “I got the shot!” Wow were we impressed! 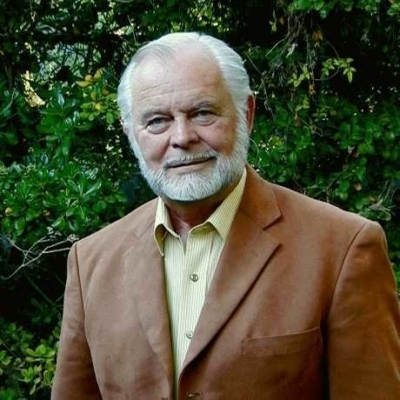 When people begin to realize that government only exists to perpetuate itself and that is the only reason it needs people then we will all be better off. If we, like our fore fathers, who founded America come to the inescapable truth that less government is not only better for the people, but it is a more manageable government that can be controlled instead of an out of control big government that controls us! However, thanks to such people as G. Edward Griffin who interviewed former KGB Agent defected Yuri Bezmenov we know much more about what our government is transforming into. Thanks to people like G. Edward Griffin’s interview with Norman Dodd, former banker, we know not only the deception and power play that triggered the Great Depression, but since the very turn of the 20th Century our major educational trust foundations were plotting to inject socialism into the American classroom so the state could influence a child’s mind. They’ve been coming after us for a long time! 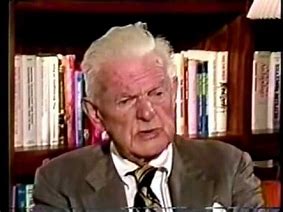 Chris of the family Masters posted blog posts
12 minutes ago

Something Is Missing In Buffalo Picture

tjdavis favorited Parrhesia's discussion Did You Know That A 2021 Report Predicted The Monkeypox Outbreak On May 15th 2022 ?
16 minutes ago