"Alexandria Ocasio-Cortez (born October 13, 1989[1]), often referred to by her initials AOC, is a progressive Democrat, Soros mercenary and outspoken advocate of the murderous ideology of Socialism. She is a member of the Congressional Progressive Caucus noted for her use of Marxist clichés and statements about "token blacks."[2] She has been condemned by the United States Holocaust Museum for mocking the deaths of Nazi holocaust victims.[3][4]

At 30 years old and the youngest female ever elected to Congress, she has built a national Twitter following using Godwin's Law. Ocasio-Cortez personifies the failures of the American publicly funded education system and is a serious embarrassment to any sensible person under the age of 30.[5] She is an outspoken advocate for open borders and the public dole for illegal aliens.[6]" 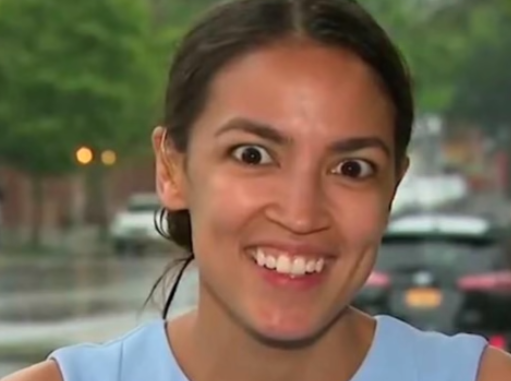 Alexandria the fruitcake pleases the cabal.

BS in Economics, chooses to work as bartender, then bitches about working as a bartender...supports Bernie.

Holo, at she's got something...

"That thing is/was a man. Why ol why do the people tolerate these degenerate things, let alone let…"
21 hours ago