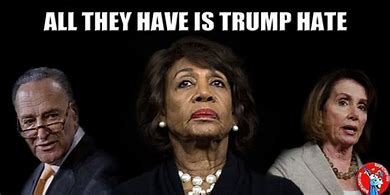 With the looming mid term elections approaching we can anticipate that the left and the Democrats will stoop to new lows as opposed to what they have already done! Maxine Waters called for confronting conservatives where ever they might be in public so Sara Sanders and her husband were harassed as they sat in a small local restaurant and the assault was even coordinated by the restaurant staff! As Speaker of the House Mitch Mc Connell attempted to have a meal in his hometown in Tennessee, what happened? Apparently, someone had leaked his location to the rent a mobs who quickly went on attack mode throwing his plate of food out while screaming in his face! Is this America? Is this what we call civility? These tactics are not above or beyond the dignity or ethics of the left!

No respect for law

According to former loser Hillary Clinton civility is out the window! Until the Democrats regain power, which they won't, peaceful coexistence will not be observed until the Democrats regain control! Well, earth to the DNC inciting violence, sedition, the advocating of force and violence does not lend toward your legitimacy while the news networks attempt to cover your reputation as a highly suspicious series of incidents take place with little evidence of outside perpetrators! Yet, knowing how the Democrats stand to not only gain while trying to incriminate the right in view of the fact that through out the last 2 years that the Democrats and the left not only assault Trump supporters but while using Antifa as their proxies they are now attempting to incriminate our President!

Using threats to offset their own evil

The only transparency here is the clearly apparent attempts by the Democrats is to orchestrate to the attempted bombings of Obama, Eric Holder, George Soros, and others clearly in alignment with the well timed false accusations against Brett Kavanaugh while the US media does all it can to legitimize the more than obvious false flag operations of bombers who must be the far ranging right wing conspiracy! As has been the case with previous sloppy attempts as failed DNC botched propaganda traps typifies what is really happening and this writer will speculate that once investigation identifies the true conspirators will trace the true perpetrators and once again the Democrats will be implicated!

The lies of an aligned leftist attack
What does Hitler have to do with President Trump? Our President has achieved mercurial economic revitalization. Yet, the media has coined phrases like "Nationalist" when applied to President Trump when such idiotic attempts are not only ridiculous but indicative of a left wing attempt to stain the patriotic attempts to restore America's re-emergence as it's former power of righteous leadership will be incriminated with the lies of the likes of CNN or MSNBC these are the Soviet style disinformation specialists that they are! They have somehow gained credibility with uninformed viewers and uneducated fools who are easily misled!

When our presidents valued their citizens

Nationalism, it is the ability of political leaders to put the needs and the interests of their constituents to benefit from the actions of the government over the subversive and foreign elements of adversity who are exercising their attempts at the subversion of our American processes! Why would a patriotic President be questioned and ridiculed? Only by the globalist Communist funded US mainstream media, who behind their walled in residences as they attack those who want a wall to protect our southern border somehow enjoy the security of walled in defenses while they attack President Trump's efforts to stop the infiltration of our enemies through our borders! CNN, MSNBC, CBS, ABC, NBC, and CNBC wage a war against not only President Trump and the GOP but against reality as they create a Matrix of their own false reality!

The New York Times has invited short story entries that fantasize about the assassination of President Trump. You might recall that a a play on Broadway had already graphically exhibited the stabbing of President Trump shortly after his inauguration! Would this ever have been tolerated under the Obama presidency, the Clinton White House, or the Kennedy dynasty? No, I think not! Is this the action of a civil society? Only a brutal and anti-American party would urge this kind of evil clandestine activity in order to alter public perception and their votes! Raz Putin No shit man this is all bullshit!

One things for sure we will never get the damn truth about this shit from the media! Maybe Fox I know the conservative radio talk shows and maybe John Wells will get it right.

cheeki kea That is a very ominous observation because I put mothing past these bastards!

The bomb targets have taken target practice out on Themselves. It's really not a good way for old time losers to get their names known again, the 'dud' bomb plan could back fire into copycat crimes of the same nature or be sent to the poll booths instead, to disrupt midterm day.

The Democrats are behind these fake bombs trying to incriminate their right wing opposition! It's so obviously false flag! This is the most diabolical passage in US history since the assassination of the Kennedy's!

Deep Spaced out, The Saudis have been the beneficiaries since 1973 when they abducted US oil production rigs and captured the industry for themselves. Since 1973 US contractors have been profiteering from US defense spending. Trump has nothing to do with it other than inheriting the long legacy of the military industrial complex that the Saudis have bought into not to mention their connection with 9-11.

Seemed like a good plan, send out a bunch of fake bombs to each other and blame the "violent" right.  Of course it looked a bit suspicious when CNN took the "bomb" out of the package and took pictures.  And why would they send a package for Brennan to CNN when he is a NBC/MSNBC contributor?  I think the Dems are trying to get their zombie followers to be outraged and show up at the polls.

Doc Vega replied to MAC's discussion Dr Noack Killed 4 Days After Posting This Vid on How Graphene Hydroxide Nano-razors Destroy Body
"Of course these fuckers will kill the Whistleblowers! "
8 hours ago

Doc Vega commented on Doc Vega's blog post Kyle Rittenhaus and Why His Exoneration Was So Important
"Bob Renner Thanks for your support Dude."
8 hours ago

Less Prone commented on DTOM's blog post Wife of Germany's Dr Andreas Noack Reports His Murder 4 Days After Nov. 23 Video on Nano-razors of Graphene Hydroxide
"While these "accidental" deaths and "suicides" plaque this corrupt society they…"
14 hours ago

Bob Renner favorited Doc Vega's blog post What Do We Really Know About UFO’s 74 Years After Roswell?
21 hours ago