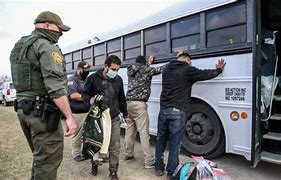 Yesterday a drug cartel member with two back to back life sentences for murder knifed a prison guard to death in the course of an escape from the jail bus that was relocating him! Bound for East Texas, the destination came to a stop in Centerville, Texas where the murderer disappeared into a field. Police are offering an award for any helpful information. Recent attempted home invasions linked to illegal aliens have been filmed from security cameras where the criminals announce themselves as police and to open the door. Once again these incidents linked to the criminal element of the massive flood of illegal aliens. 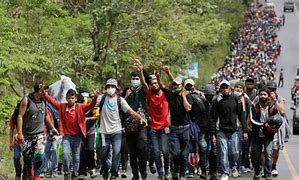 Republican Representative, Chip Roy of South Texas films a long line of more than a hundred illegal aliens crossing the Rio Grande with no apprehension from local sheriffs or border guards. Even with reinforced border patrol with state troopers, public safety officers, and National Guardsmen the flow is unstoppable. Just last week a National Guardsman drowned to death allegedly trying to save two illegal aliens crossing the Rio Grande that turned out to be drug cartel. Did they drown the National Guardsman to death themselves? Well, it seems nobody in the news bothered to bring that question up!  The mainstream media seems disinterested.

Former Governor Rick Perry stated publicly that over 700 thousand violent crimes, involving robbery to rape had occurred in Texas back in 2016 during his presidential run and this was long before the Biden authorized disastrous open border policy. How is it that a president can get away with this kind of suicidal national security policy while the Democrats tried for 3 years to impeach President Donald Trump while we had a prosperous economy, abundant cheap energy, record employment, and tax cuts, not to mention a secured border? Why is nothing being done here to stop a federal government that is out of control? The truth: Because there is no longer any hidden sabotage of our nation. It’s out in the open. They don’t care if we call them out. Why? Because the Department of Justice will not prosecute the traitors, the government officials responsible, and even the killers who are on the political side of the Democrats! 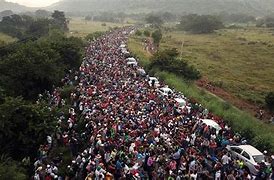 In the year 2000 a string of deadly illegal alien violent murders were covered by radio reports yet there was no outrage, only minimal isolated coverage and then a quick cover up by authorities. Carrollton, a traditionally peaceful Dallas suburb was the scene of a public assassination when five illegal alien shooters murdered a man, and got away in their SUV’s before police could respond. A Mexican man distraught over his estranged Latin wife calmly parked across the street of the home she was staying at, in Carrollton, went to the trunk of his car, extracted a chain saw, and proceeded to enter the house where his former woman resided. After cutting her into several pieces, he carried his bloody chain saw back to his car, deposited it back in the trunk of his car according to witnesses, and drove off in a routine manner. These kinds of gruesome murders are on the rise thanks to the uncontrolled influx of the illegal border crossings President Biden has enabled!

Currently, Attorney General, Ken Paxton has 27 ongoing lawsuits against the federal government who refused to finish Trumps wall and ordered all construction stopped. Paxton had been joined by 10 other states in filing charges against Washington DC for allowing the flow of illegal aliens into the states, cutting off funding for law enforcement to stop the illegal alien invasion, and even trying to obstruct Texas Governor, Greg Abbott from appropriating alternative building material such as surplus from other states in order to finish the border wall. Texas has 1200 miles of the 2000 mile border between Mexico and the US along the Rio Grande River. The federal government has also tried to stop funding for the additional National Guard gun boats needed to patrol the Rio Grande since now the drug cartels are shooting at Border Patrol Officers and National Guardsmen. One National Guardsman was disciplined when he fired across the border at a drug cartel shooter who had wounded one of the soldiers in his unit. Who's side in the government on? 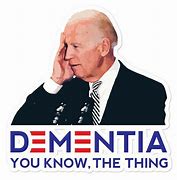 Who really is in charge?

A recent poll of Americans asking what they thought of the present administration indicated that 16% surveyed still approved of the Biden Administration’s actions. Wouldn’t you like to talk to these escapees from the Low IQ Club and ask them exactly what is it that is acceptable about the performance of this worst White House in US history? I wonder if they are illegal aliens, illiterates, and drug addicts who are wards of the state? However, the problem is goes further than that. The population in general should be up in arms and sending a strong signal to this inherently corrupt federal government that this will no longer be tolerated. Just think that parents attending school board meetings who protest against their kids being taught CRT and Transgender acceptance are being targeted for FBI investigations by US Attorney General and coward Merrick Garland. If the enemy were running our government this is exactly what we could expect from these traitors. 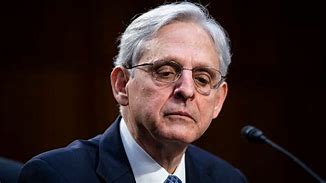 "HEARTLESS GREEDY MONEY GRABBING PAID OFF BOUGHT OFF WHORES. Is the only logical explanation I can…"
3 hours ago

"Can you just imagine a world without all the marvels created by men, all the anger and slander that…"
4 hours ago

Parrhesia replied to Parrhesia's discussion Good News: ‘We had ZERO percent inflation’: Biden dazed and confused after July 8.5% inflation rate announced
"It must be true Joe said so.  lol “The Party told you to reject the evidence of your…"
4 hours ago

steve replied to Parrhesia's discussion Good News: ‘We had ZERO percent inflation’: Biden dazed and confused after July 8.5% inflation rate announced
"Can anyone anywhere name one thing that REALLY WENT DOWN, going from 2$ to 5$ then down to 4$…"
4 hours ago

"Pretty damn giddy for just "losing his son", what a fkn scumbag hoax actor playing on…"
4 hours ago

"I am 63 years old and have NEVER VOTED, WhenI was a youngin it seemed a foolish thing to vote for…"
4 hours ago