Atrocities Committed by the British During the War of Independence 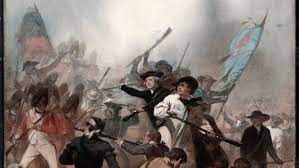 Not only has the American public conveniently forgotten or never been informed of the events of the War of Independence, but little do they know how ruthless the British became in trying to suppress the 13 colonies and crush the resistance. In the Mel Gibson directed movie in which he starred in “The Patriot” we get an accurate portrayal of just how greed and opportunity played a part in driving the British military leadership, not necessarily loyalty to the Royal Crown, as new territory  was easily within grasp. 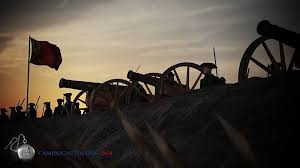 To make matters worse for the Continental Army there were colonies that had differences that had not been ironed out so that there was not full cooperation between the provinces when there urgently needed to be. One example played a pivotal role in the Battle of Bunker Hill. The militia there knowing a large battle was imminent sent out a letter to the commonwealth of New York over a request for gun powder as stores were not adequate to supply a prolonged battle with the British. That request was denied and allowed the British to take ground even though they suffered horrendous losses. The problem of gun powder shortage was finally solved with shipments from Philadelphia once the patriots had surrounded Boston preventing troop movements or re-supply on the ground for the English army there. 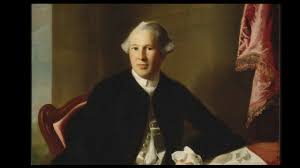 One commander whom the British were particularly in a vengeful desperation to capture and execute was Joseph Warren. A physician, dedicated patriot, and a major target of the “Redcoats” as the British soldiers were nicknamed, became an obsession. At the Battle of Bunker Hill the British were repelled twice. The famous saying, “Don’t fire until you see the whites of their eyes,” was coined as a result of that bloody battle. The only reason the British captured Bunker Hill was that the militia and Minute Men ran out of gun powder, but even so they continued with hand to hand combat, swords, knives, bayonets, and rifle butts. Even when the order was given for Americans to withdraw, Joseph Warren and others refused and continued fighting. 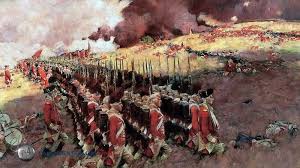 Execution of a major officer

A British officer, one of the few who escaped death that day, as General Howe lost almost his entire officer staff in that afternoon, put a pistol right between Joseph Warren’s eyes and fired. The British proceeded to chop up Warren’s body and then urinated on it. They then shoveled dirt on his remains. Warren’s remains were only identified later for burial due to the fact that he had one silver filling that was recognized by the physician who had done the dental work. The mutilation of key figures in the Continental Army would continue as the British grew more desperate in the 8 year war.

A peaceful change of hands

George Washington would become Commander in Chief of all American forces and his first action was to unify all elements of the Continental Army, militia, Minuet Men, volunteers, and regulars. This increased coordination of forces and supplies. Washington’s next course of action was to lay siege to Boston where the British had now occupied the port. Captured heavy Cannon from the British defeat at Ft. Ticonderoga were transported to a strategic position that would put the entire city and harbor within range of the Continental Army’s heavy artillery. The British were contained and knew they were in a bad position. General Washington wanted to decimate the British right then and there but the British General warned that if his army were attacked he would burn down the city of Boston before being captured. The militia who outnumbered the British and had encircled them were forced to allow them to withdraw unmolested, but Boston was now in possession of the 13 Colonies. 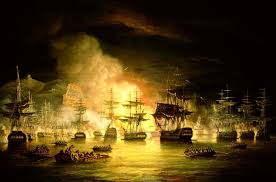 Annihilation of a city

Falmouth, another Colonial port further up the coast was unmercifully bombarded by British war ships until the entire town caught fire and the residents there were forced to evacuate. Women and children burned to death as the city was shelled. The British army also ransacked what supplies they could steal from the evacuating population of not only rebellious colonists but also British loyalists which served to create more anti-Royal Crown sentiment. 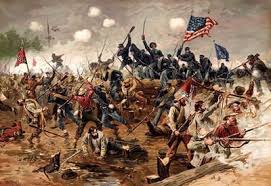 Mistreatment by the English

The British were known to starve and torture American captives during the course of the war and even apprehend messengers of the Continental Army, often teenagers, and execute them as spies. This infuriated General Washington and his other commanders who had refrained from such practices to that point and then began doing the same to the British.

Elite horseback cavalry of the Royal Crown often conducted raids against villages suspected of supplying the American militias with food and other supplies, burning down the premises even murdering the civilian populations there. Many a plantation or estate was raided and pillaged to supply the British army. Many of these losses were owned by the signers of the Declaration of Independence and of the US Constitution. There were no guarantees of safety for any of the founders during the course of the American Revolution as they were targeted for capture and lynching. In the words of Patrick Henry, executed by the English army, “I regret that I have but one life to give for my country.” Not quite the kind of patriotism we see in Americans today is it? 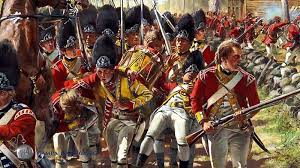 One might think that the orderly formation of troops in farming fields facing one another, massing their rifle fire to full effect until one faction or the other no longer stood their ground and retreated was a cleaner and less ugly business of warfare than we see today, but it was indeed a horrible business, not to mention the atrocities that were committed by the supposedly civilized British.

steve commented on Doc Vega's blog post This is What Happens When You Abandon Your Allies in Afghanistan
"11 Jun 2016Washington, D.C is when this took place sooooo once again IT IS 2022 why bring it up…"
2 hours ago

"I would rather be a "loud mouth" than a pathetic whiney little bitch, maybe you could go…"
3 hours ago