According to a CIA analyst who specialized in international affairs a complex set of signals are being deciphered by China as they watch the Ukraine Russia conflict and measure the cost of entering into limited engagements and how bloody and costly they can get, but also a matter of Public Relations. For instance, if China takes Taiwan, not only the problem of multiple countries engaging the Communist Chinese would be in retaliation, but how would the world perceive China? If China’s image gets tarnished as Putin’s persona is now perceived by the rest of the world then how does that play out in the future? Perhaps, Xi Ji Ping should have thought about that before cracking down on Hong Kong? Perhaps, Justin Trudeau should have considered seriously how the rest of the world would look upon Canada after what his government did to the protesting truckers whose assets were frozen. Problem is that Communist regimes, dictatorships, and socialist governments don’t care what their own people think when they’re busy using force and propaganda to control the free will of the people because truth is the very thing they fear and the very thing that needs to be suppressed. Unquestioned control and the ultimate authority must rest with the government as not even God is allowed to have the final word. As they see it, rights should be attributed to ownership by the government, not rights given to us by our creator, as the Founding Fathers of America saw fit to legislate from, but even now the Democrats have managed to distort and pervert that original intention by declaring separation of church and state, intentionally misquoting Thomas Jefferson’s letter to the Danbury Baptists that stressed keeping Church within government to promote moral legislation while keeping the government out of church. 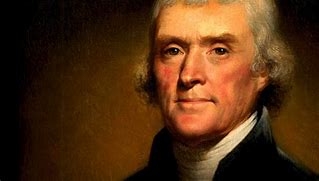 The overview of criminal leadership

Control of free speech, censorship, threats of prosecution by government, and the willful misinterpretation of truth, and we have the basic foundation of tyrannical government, and it has spread all over the world like a metastasizing cancer. Somehow, humanity has been minimized to the level of managing barnyard animals too stupid to have rights or to choose their own destiny. This is how you and I are perceived by the Globalists, the collectivists, the statists, the Stalinists, the Marxists, and a host of distorted ideologies that want the people dependent on the crumbs they provide in order to have power over the people. When the people are independent, productive, free to pursue happiness, they are a threat to the bureaucrats and egomaniac rulers whose only remedy for a healthy self-sufficient society who can see through the illusions they fabricate is to use force and fear to suppress those who would likely vote them out in a free society. 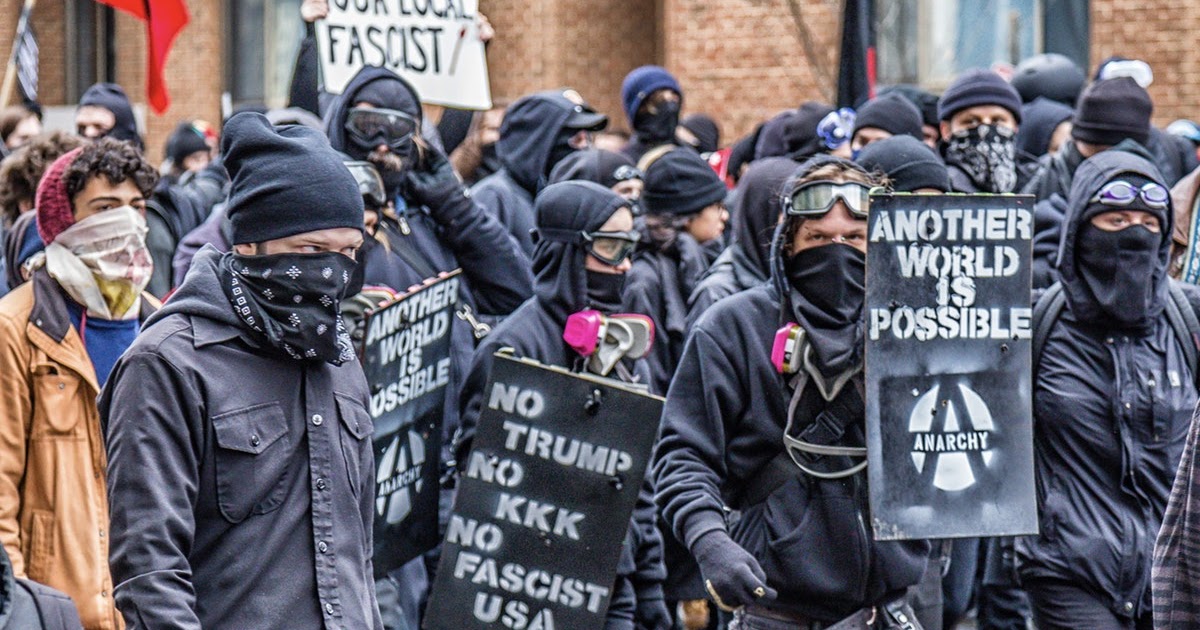 The true state of affairs

Take for instance, the present state of affairs in America. The mainstream media is completely controlled by the Democrats, a political party that obstructs the US Constitutional governance in so many ways they are doing the bidding our enemies. The Democrats donate and fund ANTIFA, a subversive faction that was launched against pre-World War II Germany to stifle Hitler’s government. That same Russian origin radical attack organization is now active in America and supported by the President as well as his treasonous Democrat Party. How can this be allowed? Washington DC is not the center of American forced decline because the Deep State feeds of the money of the drug cartels, our own foreign enemies, and even the Communist Chinese who do millions in business with the Biden family. The internal corruption within our own federal government was been long planned, financed, and encouraged by the Democrats and the leftist factions who have infiltrated their ranks and now cooperate in the internal sabotage of our nation. If the rule of law were being upheld, there would be perhaps hundreds of these corrupt parasites visiting prison bars and the very filthy conditions of the DC jail that patriots were entrapped by during the supposed January 6th Insurrection! 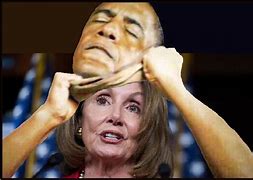 With the incompetence of resource and supply management and the abandonment of US strategic foreign partners such as Afghanistan, we are seeing the Democrats running America into the ground as though its simply their incompetent manner of forcing ideological change when in reality it is a concerted effort to destroy this country from the inside out. With illegal immigration and the Ukraine taking priority of Baby formula supply, is this not obvious enough for the average American to become enraged by and demand change or else? Well, guess again, as your fellow countrymen can think no further ahead than will there be enough beer in the fridge, when will that ballgame be on this weekend, or how about that reality show that features naked couples roughing it in the tropics? Yeah, what intellectual food for the mind. How about your children at the tender age of Elementary school being exposed to LGBT videos so they will know where to place sexual devices on their anatomy. Throw in some CRT and we can have racial groups of people in our society blaming and hating each other over a rewritten history designed to create division. 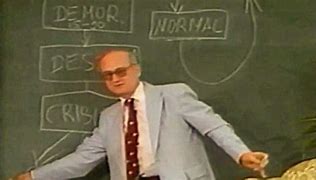 This is the epitome of what is going on in a nutshell in our beloved nation now under the rule of fools paid off, extorted, ideologically compromised, as Yuri Bezmenoz, defected former KGB agent, often made reference too, those people so indoctrinated with adverse narratives that they are incapable of realizing the truth even when it is presented to them in great supporting detail. Either that, or they are so dumbed down with almost infantile IQ level programming that critical thinking escapes them. And, so sets the stage for a transformation of a society from being peaceful, productive, innovative, and self-sufficient to managed cattle who need to be coerced, denied understanding, force fed lies, and unwilling to objectively consider where the problems are or how they can be remedied as the entire social structure collapses under the weight of stupidity and mesmerized sleep walkers. Does that sound like our country and our fellow citizens? Damn! I hate when that happens! cheeki kea Great comment. Clown World, I wsih it was funny, but it aint!

Great essay. The world around us can only be conceived correctly if we understand clown world. I use to think CW was fictional Fantasy which it is and could not be related to the real world until I realised that the entire world we live in is fiction. The clown world comparison to everything daunting we experience enables us to be able to rationalise hostile stimuli and break it down in a correct and methodical process of learning. Knowing How we learn knowledge is the key to understanding Why so many are deceived and why highly educated people who should Surely know better of their untoward actions continue in those actions against everything known to them, to the point of their Own demise. In a nutshell it is the 'Process 'of learning that has been weaponised against all. Take CRT training as an example and the short cuts it take to impose its ideas on the blind to such a point that some people truely start hating themselves and others become fearful to express joy in their own culture. I think that's a classic example and is even more successful when practiced on the young in schools where the Childs mind is like a sponge and will soak up all 'knowledge' presented to it.(with little question) The wonderful Maria Montessori discovered how children learn and was able to adapt Process of knowledge to the innate love of learning that children thrive from. Ask any parent who has put their child through that type of schooling and you will hear some amazing stories. Processing info is not linear and requires actions of both short and long term memory coupled with recollection  of past experiences and participation in new ones which allows for the Growth of knowledge. It is a finely balanced and intricate order of process. So if even one aspect of that ordered series of actions is omitted (with ill intent )then you have Nothing and you know nothing from that point on -of the chosen agenda or selective topics. An example of this is clearly seen when awfully vaccine damaged highly qualified doctors take a second or third shot of the Same vax that left them with horrific health issues the first time round. They have the ability to describe a multitude of adverse symptoms they suffer from in complex medical terms yet Don't know why they took additional shots against not only their better judgement but in spite of Everything else they knew about first do no harm. What we do know is that 30% of people can not fall into mass formation and it has nothing to do with intelligence. Nobody yet understands why this is the case and it shows up in both children and adults. My young niece told me she was one of only 3 in her class who didn't get jabbed and when I asked why she simply said she didn't know but "it" didn't feel right. So I am inclined to think it's something innate in some people. An older niece did get the jab and I asked her why and straight off the bat she said cause everyone is, so being immune to mass formation does not run in families. Here is one epistemic (enhanced) goal manipulation tool I've seen recently. We see the processing component omitted. This is how people become fools and clowns. 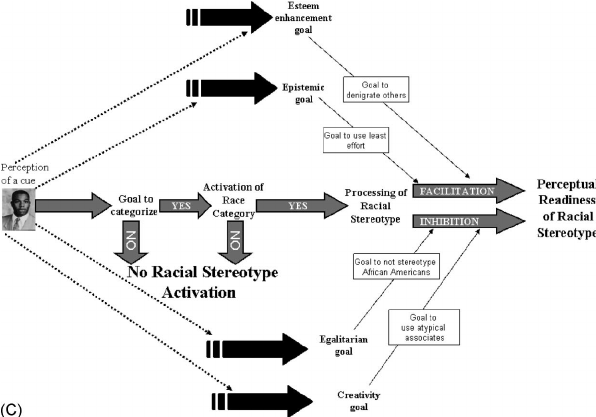 "Hey Parr,  Just like it was written, up is down and so on. It is the age old battle between…"
24 minutes ago

to realize this FACT, get mad dog mad and go on the offensive. Once again they mean to KILL us and…See More
47 minutes ago
0 Comments 1 Favorite