Cerberus...guarding the gates to hell...or a corporate takeover of our military 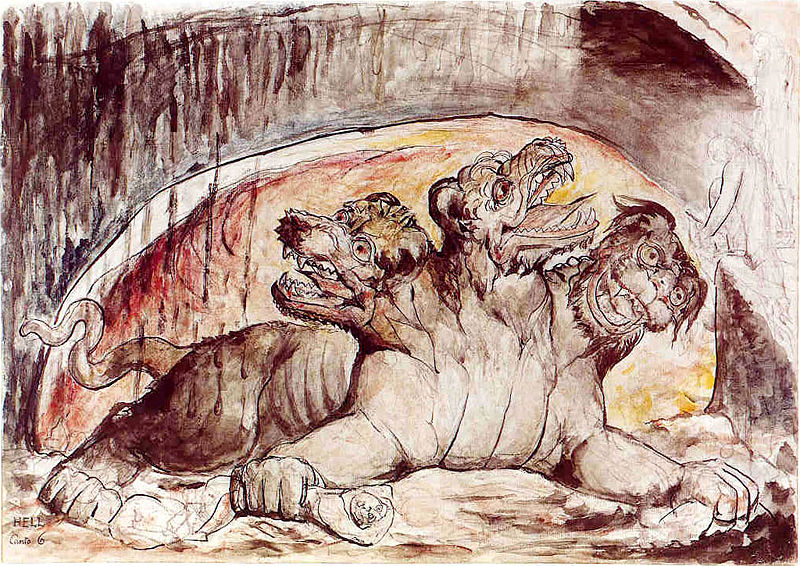 Wikipedia's definition of Cerberus is a multiheaded hound guarding the gates of hell, ensuring the prevention of those that crossed the river Styx from ever departing. http://en.wikipedia.org/wiki/Cerberus. Suspiciously, one of the largest private capital investment firms in the United States bears that same name.

"The company has been a very active acquirer of businesses over the past several years and now has sizable investments in automotive, sportswear, paper products, military services, real estate, energy, retail, glassmaking, transportation, and building products. In 2006, its holdings amounted to $24 billion." http://en.wikipedia.org/wiki/Cerberus_Capital_Management. http://www.cerberuscapital.com/port_comp_pro.html

The United Corporations of America is intertwined with many larger institutions, Cerebus is not to be excluded from this corrupt alliance. This financial conglomerate has infiltrated every aspect of our powers that be, from a previous Vice President to a Treasury Secretary.  One notable financial "partner", J. Ezra Merkin, "  Merkin invested his funds into Cerberus and its portfolio companies. His Gabriel fund invested $79 million in Chrysler, $66 million in GMAC and $67 million in Cerberus partnerships, according to year-end statements.[2] The Gabriel Fund was a feeder fund for Bernard L. Madoff Investment Securities LLC.[3] "

There are many notable unions involved with this hypothetically mythological monopoly. Bernard L Madoff Investment Securities LLC http://en.wikipedia.org/wiki/Bernard_L._Madoff_Investment_Securitie..., Azora Bank http://en.wikipedia.org/wiki/Aozora_Bank ( who acquired 51 % of GMAC http://en.wikipedia.org/wiki/GMAC ) , and on April 12, 2010, this three headed hound captured Dyncorp International http://en.wikipedia.org/wiki/DynCorp_International. Goldman Sachs helped Cerberus achieve this new venture.   Dyncorp Internationals overview of their company is enlightening to say the least. "DynCorp International is a global government services provider in support of U.S. national security and foreign policy objectives, delivering support solutions for defense, diplomacy, and international development". http://www.dyn-intl.com/overview.aspx. Dyncorp's quarterly report discloses crucial information on this companies "forward- looking" thought process. http://files.shareholder.com/downloads/DCP/1109748431x0x419025/fdbd... Among many endeavors, some stand out more than others, such as, " changes in the demand for services that we provide or work awarded under our contracts, including without limitation, the Civilian Police, International Narcotics and Law Enforcement, Worldwide Personal Protection Services and Logistics Civil Augmentation Program ("LOGCAP") contracts, and acts of war or terrorist activities". Dyncorp has in it's glory days received numerous contracts with our Corporate Government. http://www.defenseworld.net/go/searchresults.jsp?st=Dyncorp%20vs%20.... The United Nations General Assembly has described terrorism as, " Criminal acts intended or calculated to provoke a state of terror in the general public, a group of persons or particular persons for political purposes are in any circumstance unjustifiable, whatever the considerations of a political, philosophical, ideological, racial, ethnic, religious or any other nature that may be invoked to justify them." http://en.wikipedia.org/wiki/Definitions_of_terrorism. The United States, under the Patriot Act, has included domestic terrorism in their definition, to expand and broaden it to include primarily any United States citizen that the government deems as a threat.


We the People are guilty until proven innocent, if that innocence is able to be proven. Our government, being a corporation, has infiltrated every prospect of our lives. With Cerberus " guarding " our troops and having acquired Dyncorp, a private military company with established rights to deceivement, the citizens of The United States should take a moment to pause and reflect. With all the implications these companies have already constituted, and all their government affiliations, what at this point can be expected in the days to come.

guardian of the gates of THE UNDERWORLD  ~

IN YOUR FACE CREEPY INDEED ~

As he entered the space ship his friend yelled out ~ It's a COOK BOOK !  HOW TO SERVE MAN~ http://www.youtube.com/watch?v=NIufLRpJYnI

As with the twilight zone episode all i have to say is:

AMERICA WAKE UP! Its a CORPORATION!!

Comment by Dee on January 8, 2011 at 11:18pm
Thanks James. Any links and additional info is always awesome!

Wow in your face creepy! I hope to add a bunch of links here if ya dont mind :)

Great job on this Dee!

Comment by Sepp on January 8, 2011 at 9:58am
With all those companies being bought up, it seems we'll just have to stop buying their products and concentrate on making our own or find what's locally manufactured. Only way to break their power.

Comment by illuminated-dj on January 7, 2011 at 11:15am
was watching a video on the actual website of the people who make those mobile prison guard towers.they have another mobile guard tower which they have called ceburus.not sure if it was mentioned in the video at top.wouldnt let me watch for some reason.

Good to see you back!

Parrhesia commented on tjdavis's blog post Canadian Actress Jennifer Gibson on Jabs
"She makes the connection to the jab, but "it's what we must do" so jab me…"
7 hours ago