Before the secret meeting convened, Agent Branson addressed all gathered there. “In the interest of security from now on our contact must be compartmentalized and everyone will be on a need to know basis. We must take every precaution. This is not being melodramatic, Gentlemen, this is for the good of secrecy.”

Professor Darvon glanced over at the agent and nodded then spoke, “remember please to depart from here in the order that you arrived. The first to arrive will leave and so on and so forth. I thank all of you.” 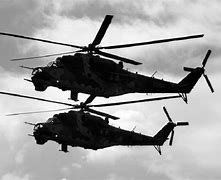 As one of the first sedans emerged from Professor Darvon’s complex a black helicopter routinely passed overhead on its way to a Fusion Center. Agent Branson knew of this already and advised the Professor whose surprised expression revealed how little he had imagined America had submitted to an umbrella of iron fisted rule. Some of the guests loitered while waiting to board their cars and leave. 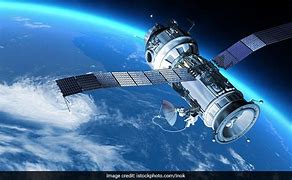 As General McGregor shuffled down the hallway to the underground garage he glanced at the Admiral walking alongside him, “Say Admiral, how much power can one of those aircraft carriers transmit?”

“in the course of our good will missions and disaster assistance those nuclear reactors of ours can generate electricity off the charts while the ship sits anchored in the harbor, General,” Ewing replied confidently.

“Precisely, Admiral, you must have read my mind,” McGregor chuckled.

“General if we pull off this coup I can have an aircraft carrier parked in every major port as a persuasive answer to any resistance. I’m sure that will quell any trouble from these damned Commie Loyalists!” Ewing assured his colleague. 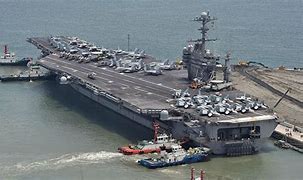 McGregor grinned and gave the admiral a firm handshake, “Admiral, what would you say if I told you that the military now has the capability to transmit energy wirelessly from solar collectors we already have in orbit. We’ve been using them to power some of our operations for quite some time now.”

Lance Ewing smiled, “I think this is the beginning of a beautiful project, General.” He laughed despite his misgivings knowing that he was all in no matter what happened.

Colonel Richards locked eyes with Agent Branson, “ I didn’t get what agency you’re with.”

Branson paused for a moment and then replied, “ISG, International Surveillance Group.”

“Hmm,” the Colonel responded, “never heard of you guys.”

“You weren’t supposed to. We’re a branch of the DIA newly established. Only reason I’m telling you is due to this project, otherwise…,” the Agent confided.

“Okay, thanks for being so forthright,” Richards sarcastically replied.

“Colonel, we just had one black helicopter pass over us a minute ago, and by the time all of us exit from here there would have been two sweeps made by overhead spy satellites. Does that tell you what we’re up against?” Branson revealed.

“I expected as such. The US Army has a number of birds overflying us as well.”

“Why of course, Colonel,” Rod Branson nodded. “Let’s make sure we fully cooperate in order to see this thing through.”

“Agreed,” Colonel Richards nodded back and he made his way down the hallway to the underground parking lot.

In the days and weeks that followed Agent Rod Branson developed a cyber message system that appeared to be a random advertisement until double clicked, and then it was only unlocked when the proper recipient was recognized. This way all in the working group were kept up to date, and their need to know was fulfilled. Meanwhile Professor Darvon and Myron Yoric incrementally increased their calculations for the needed power that would be used to teleport the dinosaur assassins to their proper locations to deliver their terrible justice. All of the times and routine movements of the executive branch and state actors were painstakingly identified so that their rendezvous with destiny would be assured.

Ten days later, Agent Branson, drove to the Professor’s complex to wrap up any loose ends as the time to deploy was drawing near. Branson had a pension for liquor when he wasn’t involved in some intense hours of work. He wore his hair too long to appear to be a typical intelligence officer, and his weathered features made him appear to blend in easily with any crowd at a sports bar or rock’n’roll night club nightclub, and that was just fine by him. The less anybody knew of him or the least he stood out in crowd was exactly the way he wanted it. His profession was deadly enough as it already could be.

“Well, Agent Branson, a pleasant if not unexpected surprise. What brings you here? Darvon adjusted his glasses and regarded his compatriot.

“It’s all coming down to the wire now, Professor, and I thought an impromptu visit was in order. I’m well assured that all background checks and surveillance on the working group is solid, but I have some questions.”

“You’ll be pleased to know, Agent Branson that General McGregor and Admiral Ewing have solved the power problem and it won’t even cause an interruption to the grid, which even better assures our chances of deployment without giving off any possible warnings.

Branson took a silver flask from his coat pocket and took a swig of whiskey as he nodded,”that’s the kind of news I needed to hear. I’ve checked with all others of the working group and they’re ready to go. I spoke with Air Force General, Warren Lynn, and he can have all stealth bombers airborne and under orders ready to act.”

“Are you sure that your drinking will not impair you in any way Mister Branson?”

“Don’t worry yourself, Professor, I don’t partake when I have important duties to complete. I’m just on cruise control right now,” Rod smiled.

“And, this isn’t an important duty?” Darvon raised his eyebrows.

“Yes, it is,” Branson snorted and placed the flask back in his coat pocket. “Now, when does the alert go into effect? I’m admittedly getting a little antsy about it.”

“I’ve advised General McGregor that we are ready to go. He feels that the 48 hour alert should begin day after tomorrow at oh five hundred EST. All operations to commence simultaneously in all time zones.”

“Excellent, I wasn’t sure about the timetable. My sources tell me no major maneuvers are scheduled for the next 72 hours which leaves us a perfect window of opportunity. The Admiral confirmed today he will have all carrier groups in position for the deployment. Nothing out of the ordinary is planned. Therefore, all is calm. So, it appears many of these Time Tractor coordinates will be in residential or personal quarters due to the hour of commencement?”

“By the advice of the General, this will be the best possible time element,” Darvon sighed, realizing the carnage that was about to be unleashed.

“Professor, how many of these animals are going to be teleported to their coordinates?”

“A hundred for the first deployment and more for a second operation if necessary. Yoric and I are fine tuning the last minute details for as much accuracy as possible,” Darvon took a deep breath. “I’m sure you have been busy monitoring the itinerary of all subject to be …...”

“Yes, yes, Professor,” Branson sighed. “God help us. You know, in my profession it’s not abnormal for an agent to get turned and become a double agent, and even though you might think they become expendable immediately or liquidated with extreme prejudice, they end up becoming poker chips that we use to get our captured agents back! It’s a damning business, Professor.”

“So, what are you trying to say, Mister Branson?”

Rod Branson sighed and once again took the flask from his pocket, “I’m trying to say that as much as I can guarantee that we are sewed up tight and there aren’t any leaks I can only be so assured. Let’s just say that I’m optimistic,” he then gulped another fiery sip of whiskey.

Myron Yoric appeared from the entrance. He was about six foot tall and if he weighed 120 pounds Branson would have been surprised. His white lab coat contrasted with his long black hair that hung down to his shoulders. Yoric didn’t like making eye contact either which bothered Rod Branson as by intelligence standards this kind of body language indicated deception or lack of self-confidence. Branson chalked that up to Yoric’s introverted personality. Myron Yoric had a posture that was somewhat stooped which made him appear all the more eccentric, but at least he was on the right side, and that was what mattered to Agent Branson the most. Yoric extended his hand and gave Rod a handshake that the compared to a wet rag. These academic types were a strange bunch, he thought.

“Are you glad to know that we are in a go mode,” Myron asked as his eyes traveled about the room.

“Yeah, I will be releasing a story to all the local news outlets that a number of owners of exotic animals have suffered escapes of their potentially dangerous pets. I think this will serve as a good cover story as the deployment rolls out,” Branson replied squinting untrustingly at Yoric.

“That will certainly be a good diversion for a short while I would suspect,” Yoric with his hands in his deep side pockets said in a voice that sounded as if he were making idle conversation.

“I wish I could be saying this to all who arrived here that evening when I announced the operation was ready to be undertaken, but I’m going to say it now, “Professor Darvon suddenly spoke as if things were weighing heavily upon him at the moment. “ We may not appear on the pages of history, receive any acknowledgment for what we have done much less a medal of recognition, but our contribution to mankind will be all that’s necessary. I think.”

“Cheers to that,” Branson raised his flask and nodded as the Professor eyed him with irritation.

Myron Yoric nervously shook his head as if he wasn’t completely assured that everything possible had been done, but that was just the way he normally was. Science was never 100% complete. There were always new theories, new discoveries, and sometimes there was the unwillingness of the institution to accept truth over celebrated personalities and old, disproved, theories.

Rod Branson yawned, “Professor you wouldn’t have a couch or mattress that I could crash on for a few hours would you? These 16 hour days have been killing me.”

“I told you that your drinking might interfere with your work,” Darvon huffed. “Follow me. I’ll put some coffee on for you so you can sober up when you awake. Myron, you look like you need to turn in yourself.”

“I think I will,” Yoric said yawning himself,” I’m sure the next couple of days are going to be quite dramatic.” 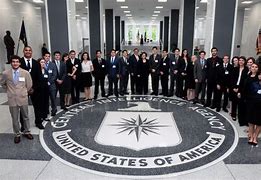