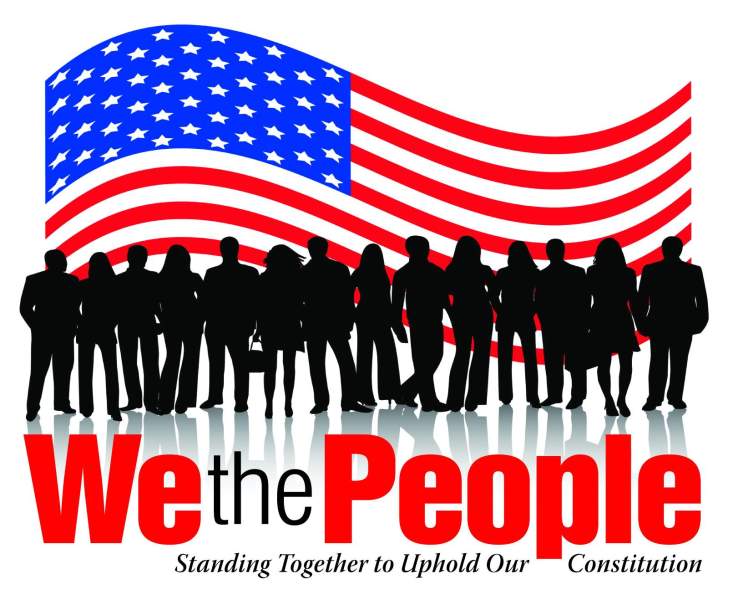 This was never more obvious than with the Wall Street bailout, whereby the very corporations that caused the collapse of our economy were rewarded with taxpayer dollars. So arrogant, so smug were they that, without a moment's hesitation, they took our money -- yours and mine -- to pay th eir executives multimillion-dollar bonuses, something they continue doing to this very day. They have no shame. They don't care what you and I think about them. Henry Kissinger refers to us as "useless eaters."

But, you say, we have elected a candidate of change. To which I respond: Do these words of President Obama sound like change?

"A culture of irresponsibility took root, from Wall Street to Washington to Main Street."

There it is. Right there. We are Main Street. We must, according to our president, share the blame. He went on to say: "And a regulatory regime basically crafted in the wake of a 20th-century economic crisis -- the Great Depression -- was overwhelmed by the speed, scope and sophistication of a 21st-century global economy."

The reason Wall Street was able to game the system the way it did -- knowing that they would become rich at the expense of the American people (oh, yes, they most certainly knew that) -- was because the financial elite had bribed our legislators to roll back the protections enacted after the Stock Market Crash of 1929.

Congress gutted the Glass-Steagall Act, which separated commercial lending banks from investment banks, and passed the Commodity Futures Modernization Act, which allowed for self-regulation with no oversight. The Securities and Exchange Commission subsequently revised its rules to allow for even less oversight -- and we've all seen how well that worked out. To date, no serious legislation has been offered by the Obama administration to correct these problems.

Instead, Obama wants to increase the oversight power of the Federal Reserve. Never mind that it already had significant oversight power before our most recent economic meltdown, yet failed to take action. Never mind that the Fed is not a government agency but a cartel of private bankers that cannot be held accountable by Washington. Whatever the Fed does with these supposed new oversight powers will be behind closed doors.

Obama's failure to act sends one message loud and clear: He cannot stand up to the powerful Wall Street interests that supplied the bulk of his campaign money for the 2008 election. Nor, for that matter, can Congress, for much the same20reason.

Consider what multibillionaire banker David Rockefeller wrote in his 2002 memoirs:

"Some even believe we are part of a secret cabal working against the best interests of the United States, characterizing my family and me as 'internationalists' and of conspiring with others around the world to build a more integrated global political and economic structure -- one world, if you will. If that's the charge, I stand guilty, and I am proud of it."

Read Rockefeller's words again. He actually admits to working against the "best interests of the United States."


Need more? Here's what Rockefeller said in 1994 at a U.N. dinner: "We are on the verge of a global transformation. All we need is the right major crisis, and the nations will accept the New World Order." They're gaming us. Our country has been stolen from us.


Journalist Matt Taibbi, writing in Rolling Stone, notes that esteemed economist John Kenneth Galbraith laid the 1929 crash at the feet of banking giant Goldman Sachs. Taibbi goes on to say that Goldman Sachs has been behind every other economic downturn as well , including the most recent one. As if that wasn't enough, Goldman Sachs even had a hand in pushing gas prices up to $4 a gallon.

The problem with bankers is longstanding. Here's what one of our Founding Fathers, Thomas Jefferson, had to say about them:

"If the American people ever allow private banks to control the issuance of their currency, first by inflation, and then by deflation, the banks and the corporations that will grow up around them will deprive the people of all property until their children wake up homeless on the continent their father's conquered."

We all know that the first American Revolution officially began in 1776, with the Declaration of Independence. Less well known is that the single strongest motivating factor for revolution was the colonists' attempt to free themselves from the Bank of England. But how many of you know about the second revolution, referred to by historians as Shays' Rebellion? It took place in 1786-87, and once again the banks were the cause. This time they were putting the screws to America's farmers.


Daniel Shays was a farmer in western Massachusetts. Like many other farmers of the day, he was being driven into bankruptcy by the banks' predatory lending practices. (Sound familiar?) Rallying other farmers to his side, Shays led his rebels in an attack on the courts and the local armory. The rebellion itself failed, but a message had been sent: The bankers (and the politicians who supported them) ultimately backed off. As Thomas Jefferson famously quipped in regard to the insurrection: "A little rebellion now and then is a good thing. The tree of liberty must be refreshed from time to time with the blood of patriots and tyrants."

Perhaps it's time to consider that option once again.

I'm calling for a national strike, one designed to close the country down for a day. The intent? Real
campaign-finance reform and strong restrictions on lobbying. Because nothing will change until we take corporate money out of politics. Nothing will improve until our politicians are once again answerable to their constituents, not the rich and powerful.


The real war is not between the left and the right. It is between the average American and the ruling class. If we come together on this single issue, everything else will resolve itself. It's time we took back our government from those who would make us their slaves.