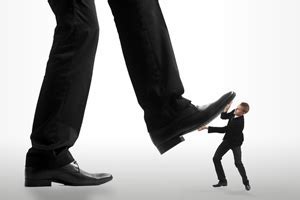 How could the most mighty nation on the face of the earth be defeated? It can't be overtaken by foreign armies, can't be overwhelmed by international commerce as our nation has a huge consumer driven market, and cannot be proven wrong by sheer results and facts! Yet, there is one thing that can turn the tide against America! That is subversion, brainwashing, ideological anarchy carried out by the useful idiots within our society! Those such as Mayor De Blasio of New York City who would release felon criminals over Covid 19, who would defund the New Your police department to bow to the demands of rioters, judge Sullivan, an Obama appointee, who after being reprimanded by three court judges in appeals still continues to persecute general Michael Flynn now exonerated of all false charges! Yuri Bezmenov, a defected Russian KGB agent warned America back in the 80's as he toured and lectured Americans that an internal revolt could be fueled by liars, useful idiots, and traitors who would collapse their very own country! 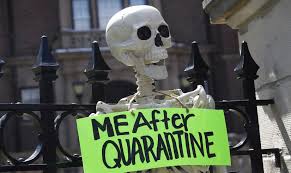 How could terrorist organizations like ANTIFA and BLM be allowed to operate within the US? They cause violence, bloodshed, their hired agitators don't even have a clue as to why they are there, as these enemies of the state are allowed by mayors and governors on the left to burn police cars, destroy store fronts and even destroy college campuses as masked anarchists are allowed to get way with public destruction that you and I would find ourselves in jail for! In a nation that values its due process of law how could this happen? The Democrats have unleashed the flood of violent demonstrators, foreign agents, domestic terrorists, hired rioters, and billionaire donors committed to ending the Constitutional Republic we once trusted as our keepers! When lawmakers are too cowardly to defend their own citizens, when Congress refuses to uphold our existing laws of peaceful public assembly, when our mayors refuse to protect their cities and police departments from violent anti-American demonstrations allowing innocent people to be beaten and killed while refusing to punish the perpetrators then law and order have been defeated and the enemies of our civil society have been given permission to destroy what 300 years of American heritage gave the world a lesson in freedom over! We have been stabbed in the back by those who took office taking an oath to defend the US Constitution but have failed us just as our enemies who would drive a sword through our hearts! 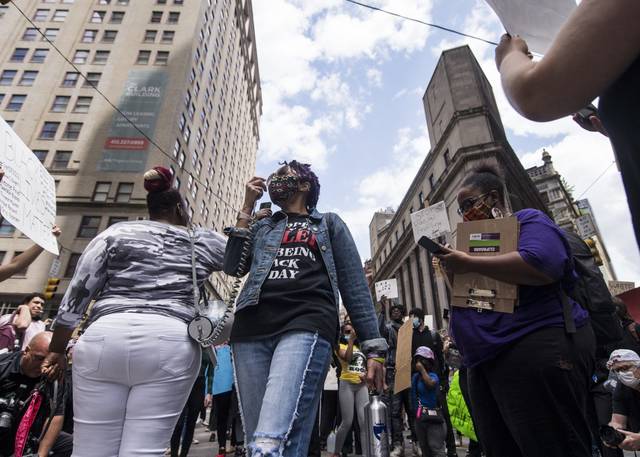 First it began with a liberal media that clawed away at conservative policy and Christian morality beginning in the mid-1960's! It began in the public schools who rebelled against American exceptionalism and refused to teach about the War of Independence against England! American history soon was revised to favor a socialist myth that kept most students ignorant of just why the US Constitution was so important to not only America but the human race as well! Socialism was then promulgated by American hating professors and educators so that our youth were indoctrinated so badly that they would adopt the very philosophy that could topple the American dream! Our multi-national corporate TV and radio companies began their campaign of disinformation! Our foreign owned US corporations could even steal crops from the US market and ship that food overseas thus starving the American public!

Despite the revival of the US economy achieved through President Trump's policies, the huge tax break given to Americans to stimulate spending as did President Reagan, renegotiating trade deals with our foreign partners including China, setting records in employment numbers, and securing the border with Mexico from undeclared invasion still the brainwashed useful idiots of the young, paid terrorists, and radicals continued unimpeded by the general welfare and good that President Trumps policies promoted! Proof that these groups like La Raza, Move On, Black Lives Matter, ACORN, and ANTIFA despite having been proven to have been making bombs, planning violent assaults, and announcing their intent to end American freedom and Constitutional Law have not been curtailed, apprehended, or sought as illegal threats to our nation! This is not just a Democrat problem or foreign infiltration problem, but it is also an example of Republican refusal to actively oppose these anti-American forces! Wake up people!

In the final analysis we are being betrayed by our very own political leaders unwilling to uphold the law! We are being savaged by those who would destroy the American dream just to be in power! We are being subverted by cold blooded leftists who would overlook the shootings of little children, overlook the breaking of laws to protect the public, while unleashing violent criminals from prisons according to Covid 19 deception so that we can be assured of anarchy in our streets, news created around that false narrative, and in favor of those who would orchestrate death and mayhem just to be in power not to mention the lies they have repeatedly echoed to further their evil and unjust cause! You’re a bit naive yet I commend your writing capabilities.  Historically when a Communist/Marxism regime takes over food is the first weapon of war as it will be the same in this protracted and planned conflict within the US..

History doesn’t repeat itself it just rhymes with what the Tribe wants.

Central Scrutinizer favorited Chris of the family Masters's blog post 2013 ruling. you can’t patent DNA unless the mRNA is changed… then you are not human, you are owned, and you don’t have human rights.
12 hours ago