Dating: It Could Happen to You!

Somewhere between the excess of liberal awakening and the metric scales of cocaine weighed by the Disco generation who raised a new wave of dysfunctional kids, more lazy and wicked than generations before. What was once government bashing and cool while using music and promiscuity as a badge resulted in raising taxes, destroying the American economy so we could save foreign nations who hate us, and spending the rest of the burden on supporting those too pregnant, addicted, or unmotivated to even consider participating in the work force, but they told you it was all about multi-culturalism, helping the underprivileged, and letting under achievers realize the American dream!

Somewhere along these skewed patterns of dysfunctional logic came the idea that marriage was only a temporary and conditional arrangement, women were superior to men, and that white causcasian middle aged males were the cause of all that's wrong in America! Suddenly, men were demonized, women didn't need them anymore, and the world could go on without the western white male even though other minorities had not demonstrated responsibility, lawful conduct, or even the decency of marriage so that kids could claim their legal status. That didn't stop the out of control media who were instructed to continue vilifying the white male as the source of societal ills! Men were monsters, rapists, bullies, insensitive to the needs of their women, couch potatoes, and only good for mowing the yard on weekends. There were also plenty of comedy shows to back that up as Homer or Al Bundy made for the most clownish father icons one could muster.

Further erosion of the family

Somewhere in all these insane developments you and your spouse continue on with your lives, your responsibilities, and the pressure of looking back at your upbringing wondering how it all ended up this way. Just as spontaneously child abuse came out of the closet and suddenly more than half the women in America decided they had suffered child abuse and therefore were no longer responsible for their actions like leaving the family, having affairs, or soaking their hubby for half of everything he made in order for the tarnished bride to go out and really discover herself, but she wasn't alone, no! There were the bored house wives and mothers who had been reading romance novels describing the hopeless married women trapped in a pointless commitment known as marriage with a dead end future of kids and a husband who would now go out on a limb and walk out of a marriage leaving the kids to the new single parent-Daddy! This, as they re-enacted the love scenes in the romance novels they had poured over with another man! The world was changing rapidly! Disinformation and pop culture replaced the truth we had always known. It undermined the foundation most of us had had with responsible parents that, even if they weren't happy would at least ride it out for the sake of the kids and wait to divorce until the children were out on their own. But, no not in today's world of cable TV, reality shows, social media, and instant gratification! No Sir! Women began abandoning their families in waves. Disco losers who had stumbled into haphazard marriages and whose kids had suffered the horrors of insane Moms and Dads who never should have been parents suffered and grew up as dysfunctional adults and started a new generation of ill-fated families!

The fall of Mr. Nice Guy

Now that I've set the stage. Let me preface this piece as what happens to the relatively sane man who was brought up to be a responsible parent and who may not be perfect but atleast he's not out of control! Suddenly, after 2 prior marriages you're looking at the proposition of being single once more! Oh joy! It was such a great ride the first and second times! The pain you felt, but not just you but for those women you dated who were struggling as well! Oh, yes, the magic of a free society! Free to destroy our lives as well as the lives of the innocent children who were looking to Mommy and Daddy for stability! Those poor little souls who had only you and Mommy to hold up their world. Well, kids Daddy didn't have that option though you might not fathom this for years to come!

Death of the single man

You are, once again, a shell shocked single male, middle aged, wondering what the hell to do, and are you ever going to delve into a trustworthy long term relationship again? You want and you need what your mother anf father onnce had that they displayed right in front of you as you grew up. You long for that trust, that clarity, that stability, but in today's world influenced by pop culture, rebellion against standards of decency, the waning influence of the church, and feminisim telling women they don;t need a man, you are walking over the cratered and blood stained topography of "No man's land" you are the "Doe Boy" with his tin helmet, his rifle, and his orders to sprint across the gauntlet with enemy machine guns firing, but they are not those of a war, they are those of a society willfully falling apart! Lack of self control, lack of delaying self gratification, lack of using wisdom to distinguish between erratic behavior and what is best for all concerned, this is the epitome of the modern day, the lost male, and the intentional lies that have caused it!

Presented with options you didn't quite anticipate came "The Age of Information" the internet, cable TV , and cell phones. Now there was in instant outlet for the remedy of loneliness and selflessness with numerous dating sites on the internet! Oh boy! No cruising bars and getting the same bitter replies from jaded women who said you were only looking for one thing and you weren't going to get it from me Buster! And that was if you could even hear her angry diatribe over the loud and sleazy music at whatever bar or local lounge you patronized! Hey! Didn't you find yourself in this unenviable place a few years ago with another ex who quickly grew tired of sharing life and its mundane pressures of family? How does this nightmare re-occur? It was in reality "The Age of Disinformation". 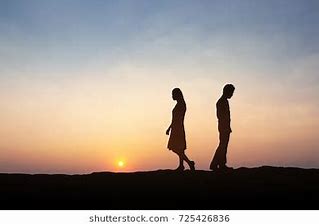 Betrayed all over again!

These internet dating sites at first were all the rage! You could connect with many women in your local area who were undergoing the same abandonment and pain as you! There was a way to bypass those damn bars and communicate with a woman in a meaningful way, but then a new profitable model hit the markets. Now entrepreneurs with money to invest could buy into these pre-fabricated websites with prefabricated designs that would use fake profiles made up of beautiful model photos, chat that could be controlled from a central boiler room of staff employees, and the perfect illusion of real time interaction between supposed female members and the lonely desperate men who had sought to find something real! Now it was possible for investors to exploit the painful fate of betrayed divorcees and lonely men! Is this a folly of capitalism or just how immoral we have become? I thought the scavenging of cadavers only happened in the wild. 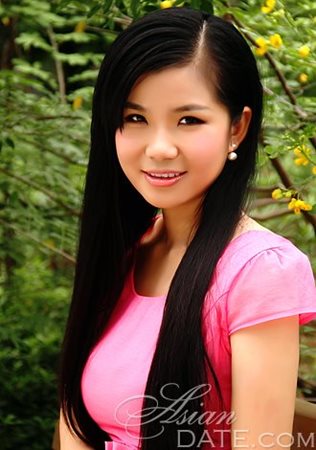 More to be shared on Part II.

Good post Doc V. It's almost as if women have been 'weaponised' to the detriment of men and ultimately family units. Many have been brainwashed to believe they are as good as, and Even Better than men both in the work place and the community. They receive more favourable rights and Are encouraged to know them and act on them. This newly given womens 'ego' trip ramps up a degree of animosity, conflict and disconnect in many different relationships.

James Roberts, very good points. Every attempt at destroying the American family which in turn is the foundation of society results in the destruction of that society, the very well planned methodology of the Communist doctrine in toppling any country they choose. They are succeeding!

Couldn't agree more, and all of the things that are detrimental to the family have been funded and promoted by Jews, to the nth degree. Feminism, atheism, homosexuality, pornography, the negative portrayals of White fathers in TV and film, etc etc ad nauseum, it's like George Lincoln Rockwell said, turn over any rock, and you'll find a Jew underneath, who is often blinded by the sudden light. And now it's transgenderism, drag queen hour at the local library, homosexual sex ed in elementary school. the sexualization of children in TV and film, attempts at normalization of pedophilia by the American Pstchological Association and Slate . com, what's next?!

Doc Vega commented on stormtruther's blog post Numerous reports in the Arab press have accused the US and Israel of being behind the creation and spread of the deadly coronavirus
"If you are going to believe what the Arab press says then you might as well believe that CNN,…"
1 hour ago

"yeah thats the truth there"
2 hours ago

James Roberts commented on King Of Cups's blog post Cultural Marxism and it's effects on America and the world as explained by former KGB Agent Yuri Bezmenov (circa 1980's)
"We should all be able to write this without Yuri's help by now."
8 hours ago