Dating: It Could Happen to You Part II 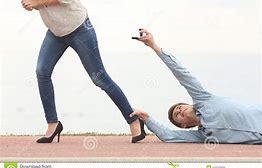 You are a white middle class middle aged male living in the US. You've weathered dysfunctional women with baggage relying on their assurances that they never would do anything like betrayal or emotional decapitation to you, of course not! Why, we could always depend upon the promises of the women couldn't we? I mean their word is absolutely everything, or atleast we are to accept that proof like a lender accepts credit history, right? So, what happened? Once the short-lived honeymoon was over what the hell happened?
Expunging honor
You were raised at a time when values were most defintiely different, a time when someone's word meant something because people knew that your word was like a hand shake, it meant something! An era when honor, truth, and integrity had some influence in our society. Yet, here came the victims, those poor women, victimized by us men! It meant nothing that she became a negligent mother, had to be your fault, that she took up with another man, that's her right as an American citizen, or that she lied to you, oh well, that's just human nature!
Day to day survival
Now, you're on your own buddy! You go by some neighborhood bar and there's no one there until Friday and Saturday night when the singles are getting drunk and laid! Okay, you still try to have reasonable discussions with females and other men in the course of doing business, still there are the incredibly indoctrinated and politically compromised people who have no clue. You are just trying to survive and mentally find a way through the jungle of lies! Will there be anyone there to share with, to communicate with, or to reduce the amount of anxiety and self incrimination here. My friend, you are now carrying the burden of being a rational, responsible, and logical human being though this does not match up well with women seeking monsters to blame! Those who made them do what they did to their families! Oh. and the journalists totally back this insanity up! Seeking existence
You're on auto-pilot now! You are trying to find ways of surviving now! There are the seductive dating sites! Illusions that transcend all logic and continue to entice beyond all reasonable doubt! The ravishing Asian women who are supposedly business owners, doctors, lawyers, engineers, or simply the poor over worked daughter who inheritied her Daddy's massive profitable business worth millions if not billions! Like a bass in a lake are you going to bite when the bait is on the hook? It's not that you would use any women for her money, but
for once you don't have to bail out a woman as you have typically had to go through for years!
The new talking point-really?
Now, a new narrative awakens you from your normally suspect attitude toward your future prospects of marriage ever again. They are telling you that Asian women, specifically Chinese women, who have struggled through the chauvinistic society of mainland of Communist China, where many young Chinese women find themselves abandoned by the husband who left her for a younger woman so that the was forced to run her own business in order to survive and no one works harder than Chinese woman who must support their child once abandoned by the asshole ex chauvinist husband. So, the new narrative is that these still attractive women left while they were still young are now available since they are now putting their daughter through college and are empty nesting. They need Jack on the Titanic! Jack, you, the western man who will treat her better than any Asian bastard man! 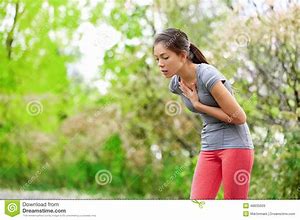 The true victim
Here's what the US media does in reacting to American males forced to seek trustworthy and appreciative women by exploring another culture. He is forced into looking for an Asian woman? Oh, you no good bastard! Pig, western, capitalistic war mongering middle aged Caucasian men! So, how does the American news media now view the besieged middle class American white male? Oh, we are now in the midst of "Yellow Fever" that is a lust for Asian women that we can somehow dominate, subjugate, exploit, use as fast food cooks, and sexual servants, because that's all us white middle class men must want! Politico, Daily Beast, CBS, all such publications, left leaning, who will demonize the beleagured American man simply trying to find a way to survive, a way to carry on with a female companion, but for the vicious attacks of the left who will continue to bury American men who have suffered thanks to politics and still we are being villainized for simply trying to find a trustworthy woman not compromised by the indoctrination of our embattled society! Now you can experience my world! No matter what I and others like myself are trying for is just companionship, but the left won't leave us alone! 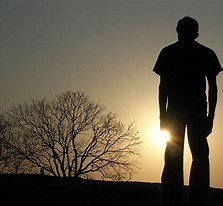 Sobering reality
Rich owners from Hong Kong, mainland China, and even New York, are operating very profitable overseas dating services that lead to no where but a costly rabbit hole for lonely men. It is a well oiled and technically sophisticated racket! And you men who have survived the wrath of your materialistic lying lady, now you will be decieved by a money making overseas bride service that does not actually exist! This is your fate! Speaking with the owner of an honest operation who knew one of the owners of Asian Date, a very well known dating site stated that their perfect business model was that the neither the man or woman would ever meet! What does that tell you? How does the embattled caucasian man succeed? Now, you might think this article is way too cynical and hopeless. Is it really? Walk a mile in my shoes!

James Roberts, Got a good one for you. My brother and I were running our own business when some chick at the office came onto me but learned I was married so she shifted gears and went after my brother who said after they slept together it seems she had emotional problems. She told my brother that her mother who was a psychologist would beat her father up and that the women had some kind of really strong adrenaline rush where she could pick up heavy furniture or shove desks into her husband to keep him from getting away when she would go into a rage! A LOT MORE OF THAT GOES ON THAN MOST MEN WILL ADMIT.

Doc, yeah. And, thanks. The girl actually flirted, so to speak, with a false accusation of the fondling kind. I woke up one day with three detectives standing around me. But, inexplicably, I was believed. Well, actually, by then she was known to the police, both by her actions and the company she kept. And, her mother knew, beyond any doubt, that I did not do that. But, my God, the weight of worry on my shoulders was almost unbearable, for about a year. Women do not take it well when you reject their bodies. I think every day about her, though, I wish there was something I could have done to save her. She definitely did not deserve what happened to her, on many occasions.

James, it sounds to me like you and I could exchange shark stories aboard Captain Quinn's boat on the eve of the fatal Great White fishing trip. Yeah, I got a few I could trade with you. You are damn lucky you didn't serve time and we both know what happens in the prisons of the world to alleged child abusers. Not a pretty thought. Man, I know it's tough.

A friend with a wife he imported from Vietnam is always pushing the idea of Asian women at me. I just can't. They discuss that on /POL/ on 4chan now and again. I can't fault him, even though I am a White supremacist, because he went through the bad marriage thing, cheating wife, ruined his credit / business / a life's work. It also cost him a house.

Just so anyone who thinks they've had a bad experience with relationships can know it can always be worse, I'll tell you a story.  The most significant relationship of my life involved a woman who worked in surgery. This was after a few really bad ones, really bad women.  I figured, works in surgery, has to be stable, right? And at least I wasn't always talking over her head. That was a significant percentage of the good part, our common knowledge. We met in 1997 when I had an emergency surgery, by the way.

Anyway, she had a 12 year-old daughter from a previous marriage. About three weeks after I moved in, this woman struck her daughter with her fist, on top of her head, twice.  In front of me. It staggered her. This woman had been a prize-winning bodybuilder when she was younger, and she was still very strong. The girl was very slightly built for her age. After my shock wore off, I snapped, and gave her a taste of her own medicine, although even in snapping, I didn't put any bruises on her.  That put an end to the abuse. And that was the only time I've ever struck a woman.

Unintended side effect was that the daughter saw me as her knight on a white horse, and started coming on to me. I reported this to her mother every single time. I later found out that this woman was cheating on me, and with the "man" who had molested this girl before I was in the picture (he was never prosecuted for it). So, you can imagine the level of unhappiness all these dynamics created. Including the idea that people who cheat are very suspicious of their mates doing the same thing. So the mother assumed something must be going on, and the daughter eventually hated me, because nothing was. It ended with false domestic violence charges against me in spring of 2001 (they tried to back out of it, but the court threatened them with prosecution). It was so destructive to my life and my mind that I haven't got close to anyone, really, since. I may never. The girl, meanwhile, sought out men who had some superficial resemblance to me, none of whom were any good. She bore four children by them, and died a few years ago at the age of 32, from a heroin overdose. My ex has never had a serious relationship since either.

cheeki kea commented on Phyllis Maka's blog post DON'T LET THEM SATANIST BRITS RUNNING WASHINGTON DC GET AWAY WITH THIS
"Yes, and not forgetting Tapanui Flu, and we still haven't got to the bottom of that ugly dark…"
1 hour ago

"It's going to be a long wait for payment if they target non-paid workers. Coffers of IOUs, not…"
1 hour ago

April 6, 2020Millions of people may not eat today because billionaires like Bill Gates want to…See More
3 hours ago
1 Comment 0 Favorites

Burbia commented on truth's group Restore State Sovereignty - Share News and Organize !!!
"Some current info about the Council for National Policy"
4 hours ago

Mr. Sizzle replied to Chris of the family Masters's discussion Here’s why 5G is NOT allowed in Israel where it was developed
"Great post and I recently watched the David Icke interview from this site and he seems to know…"
6 hours ago