By 1947 shortly after World War II the world as we know it took on a completely different complexion with the rise of the Security State and the US Air Force cover-up at Roswell New Mexico. With thousands of sightings being reported from all over the country and even former combat pilots now Airline Captains filing their odd experiences in the skies over US air space a new agency had to be established fast in order to quell the growing hysteria that gripped the nation.

Project Grudge was first enacted by the US Air Force. The approach taken by the US Air Force at that time was heavy handed and angered many qualified observers such as police, armed services veterans, and pilots among civilians who were left in the aftermath of bizarre observations they could not explain. By 1949 the ATIC (Air Technical Intelligence Command) had handled more than 11,000 reports from all over the US from all sorts of people with varying backgrounds. When at least 23% of these sightings were deemed unknown top ranking officers within the USAF began to privately agree that not only were UFO’s were real but were extraterrestrial in origin! Yet, General Hoyt Vandenberg refused to accept that conclusion and ordered reports headed for the President’s office to be re-evaluated again.

In the wake of all the attempted intercepts by seasoned WWII pilots who ended up disappearing or crashing under questionable circumstances the USAF top brass recommissioned a new program to study the flying saucer phenomenon. It would be labeled “Project Sign” in 1949. The directive of the new project would not be to suppress the opinions of witnesses but to be more open minded about gathering data on what pilots and ground observers were actually seeing. Doctor J. Allen Hynek, Astro physicist, would be appointed, along with veteran B-17 machine gunner, Captain Ruppelt along with Major Dewey Fournet this would round out the key personnel who would run the new agency. 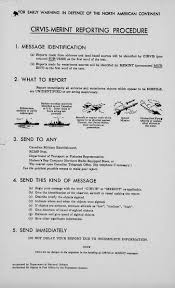 Overwhelmed with reports to make field investigations over Project Blue Book first eliminated the most likely causes of some of the reports such as weather conditions, misidentifications due to aircraft present in the area at the time, or known astronomical conditions as meteor showers, comets, or eclipses. This helped to lighten the load for officers tasked with making contact with witnesses which required Blue Book personnel making flights all over the country to gather firsthand accounts from stunned observers. The files became quickly loaded with reports that were astonishing!

On one occasion during a UFO sighting over a USAF radar facility the operator had to step out of his installation and watched the unknown object pass right overhead as this proved what he was watching on his screen, upon which time he yelled, “They’re bigger than all of us!” These types of incidents became common place.

However, as the battle for evidence and whether or not the US military should consider UFO’s a threat to national security, the Blue Book investigators were running into bizarre situations that did not add up! At times 2 USAF officers would attend several interviews in a small town or region where the same sighting had been witnessed by a number of people. Their per diem allowed them to get motels in the area when necessary. Reports of the Blue Book investigators getting strange phone calls and hearing recorded playbacks of conversations they had with witnesses began to reveal that they were under a secret surveillance of some sort. Whoever was conducting this strange monitoring of the Project Blue Book team seemed to possess a technology that far exceeded anything the armed servicemen were acquainted with.

John A. Keel reported this in his book UFO’s Project Trojan Horse. The veteran paranormal researcher had also received strange phone calls from a voice that when analyzed on a recording was beyond the capability of the human vocal chords. Explanation: It was electronic in nature not coming from a human source. During field interviews made with witnesses by Captain Ed Ruppelt’s junior officers the Men in Black were encountered, they were tailed, and traced but the USAF was always unsuccessful in finding out much even pursuing a Black Cadillac into an alley with no way out only to have the vehicle disappear when it should have been trapped. This was happening prior to 1952 as tensions mounted.

Some of the investigators began getting extreme anxiety. Even with the Korean War raging Edward Ruppelt’s personnel seemed not only fixated on their bizarre assignment but increasingly suspect that something big was big to happen! That a major “Flap” a massive volume of reports in a short period of time, dangled just ahead of them in the ether of the unknown. In his book, “The Report on UFO’s” published in 1956 Captain Ruppelt described the exact atmosphere of mystified hopelessness that exists even today, but at the height of the “Cold War” UFO’s were now being considered as a dangerous distraction that might cause confusion in the event of a Soviet first strike!

As Captain Ruppelt refined procedures, report forms, and a fluid communications network, Project Blue Book was gaining prestige among the armed forces and acceptance by those men in harm’s way who were encountering the unknown. All the while though unseen forces were moving against a legitimate project that was uncovering important data, and the desire of the Security State to bury the evidence under classified red tape.

Mark of the unknown

The Men in Black made their disturbing appearance often harassing UFO witnesses and threatening them not to talk. These incidents prompted the USAF to issue bulletins warning that men dress in black were impersonating US Air Force personnel and that any contact with these mysterious beings should be reported at once to the authorities or the US Air Force itself. Project Blue Book officers felt as though the pressure they were under had just been kicked up another notch as Captain Ruppelt, Major Dewey Fournet, and Dr. Hynek attempted to hold the operation together.

Just as in the 1948 “Maury Island Mystery” when a bizarre report made by a local fisherman and his friend of five unknown objects revolving around a central UFO that exploded prior to this it dropped a molten slag over the boat that burned their dog to death, injured the son of one of the seamen, and created havoc on the small island population, strange counter surveillance of the US Airmen seemed to be taking place. With the incident ending in the fatal crash of a B-25 carrying 2 USAF intelligence officers and the unknown substance recovered from the scene of the aerial encounter headed for McCord Air Base, even more questions emerged. There were suspicions that even the AEC (Atomic Energy Commission) might have been secretly involved! Especially when telephone tapping of Air Force personnel had been detected. At that time Project Grudge had still been in operation.

There but not there!

With the Washington National Sightings in 1952 along with the biggest known flap of flying saucer sightings in history as US Air Force F-86’s and F-94C’s were scrambled off flight lines headed for an interception attempt of the unknown a foreboding feeling was weighing heavily over an overwhelmed and exhausted US Air Force project that needed more funding and more resources to keep up with a growing storm of unidentified sightings, interceptor chases, and lost air crews along with their aircraft! It seemed that Captain Ruppelt and his Project Blue Book operation were being attacked from all sides-USAF high command, the Men in Black, unknown surveillance, and a phenomenon that defied definition. 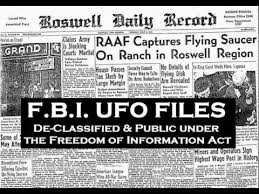 Doc Vega commented on stormtruther's blog post Numerous reports in the Arab press have accused the US and Israel of being behind the creation and spread of the deadly coronavirus
"If you are going to believe what the Arab press says then you might as well believe that CNN,…"
1 hour ago

"yeah thats the truth there"
2 hours ago

James Roberts commented on King Of Cups's blog post Cultural Marxism and it's effects on America and the world as explained by former KGB Agent Yuri Bezmenov (circa 1980's)
"We should all be able to write this without Yuri's help by now."
8 hours ago