More Deep State Interference over the Wall & the Cure! 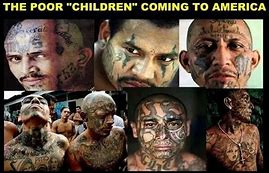 With the recent vote to appropriate 4.6 billion to fund facilities and conditions of the thousands of illegal aliens who have made the trek to the southern American border and are now being housed by the federal government with ICE employees reduced to changing diapers in some cases, ask yourself what’s wrong with this picture? According to the US Constitution and Declaration of Independence one of the core responsibilities of our government is to protect our borders, and that does not mean allow undeclared invasions by illegal aliens who have been organized and enabled by billionaire leftist donors to storm our borders, trespass, and claim they are seeking sanctuary!

The Democrat dominated Congress has chosen to provoke a crisis, fund it, and prevent the President and the GOP from remedying this problem thanks to a loophole in the immigration laws that allows the presumption of sanctuary when foreign citizens trespass across our borders when many have been found to be human traffickers, drug cartel, ISIS, MS-13, criminals on the run, fake families, and have been instructed to claim they are seeking asylum from corruption or brutality in their country. 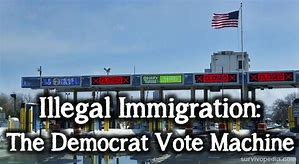 With states like California and New York now calling for giving out drivers licenses to illegal aliens, along with medical aid, housing, food, and even education it is perfectly clear what all this insanity is leading to! As Sandy Rios guest former Senator Tom Coburn said it was time to put an end the Congress over spending, time to end the fake news being broadcast by the globalist elites, and get the nation back on a Constitutional track again! The Democrats are exploiting a border crisis they have created! These illegal immigrants will be the faces of the new liberal voters who will allow the Democrats to rule and destroy the Constitutional Republic of the United States!

It is a very simple fix to end the border crisis as President Trump fights an endless battle with Obama appointee activist judges who defy every effort at stopping the insanity of open borders and allowing hundreds of thousands of illegal aliens to invade our soil. The fix is in the loophole allowed in immigration policy that was intentionally inserted to violate the laws and allow huge influxes of foreign people who will vote for the Democrats! While our policeman are assassinated by the drug cartel and illegal alien violent criminals the resources of state and local authorities are being overwhelmed. In California ER response time for patients has tripled with the growing numbers of illegal immigrants flooding clinics and hospitals. The question is obvious here. What responsibility does America have to allow illegal aliens onto our soils for claiming sanctuary? Due to international law? We already have our laws! It’s called the US Constitution! That is our law! 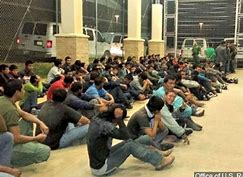 Change the loophole in the immigration laws to not allowing those who claim sanctuary as an automatic permit to come into our country without vetting, skills, vaccinations, or ideological compatibility with our society! We are not a socialist regime! We are not a dictatorship! Why has the Deep State fought President Trump so long and hard? Because he is disrupting the established corruption, the over spending, the buddy system of abusing the accounting system, the entire operation in Washington DC is nothing more than a perpetual cash cow for the left, for the globalist elitists, for the lobbyists with their crooked hands in everything. As unfunded future liabilities mount, the deficit blossoms to beyond the point of no return! Why? Why is this not being addressed?

We have to know that the open borders being allowed by the Democrats are being funded by kickbacks to many Senators and Congressman, not to mention intelligence officials from the drug cartels in order to keep those borders porous and overwhelmed by organized infiltration! The powerful drug cartels are behind the decriminalization of marijuana, releasing drug offenders out of prison, and now the call by some states to even prosecute ICE’s enforcers for doing their jobs and upholding the law! This travesty of justice would have been unthinkable a few short years ago but in today’s world we have an internal rebellion being organized by Democrats and RINO’s who would allow this nation to be destroyed from within and they are being paid to allow it! 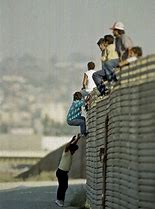 The only way to stop this insanity and halt the violation of US laws while keeping America from becoming the stooge of the international community who milks us dry though foreign aid while dumping millions into our country is the Article 5 Convention of States! Where citizens and state legislators draft laws in spite of the Washington Establishment’s corruption and enforce Constitutional Law once again while forcing sound accounting practices to be implemented rather than the runaway spending of Congress in recent years! Senator Coburn says that 18 states have already approved of an Article 5 Convention of States! Only 30 states are needed to uphold this remedy to the Deep State and the mismanagement on Capitol Hill!

The true shadow government influence that goes even further than the Deep State is an influence coming from globalists who are now making the big push to end America, as we now know it, and finish off the US Constitution while creating a Venezuela event when chaos erupts from the collapse of the US dollar under the Cloward Piven tactic of draining all equity reserves with deficits that came from funding the illegal alien influx with more deficit spending that sound accounting principles would never allow as trillions in deficit only grow! It is intentional not accidental. The Democrats teaming with our enemies abroad want to collapse the US socioeconomic system! It must be stopped! 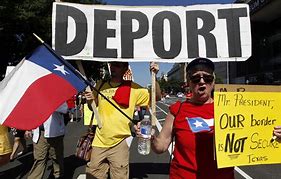 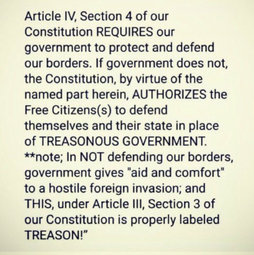 James Roberts commented on stormtruther's blog post Jennifer Aniston: Braless star leaves little to the imagination in cream satin gown at the SAG awards...no, its a real headline!
"Lori, please calm down. Thanks. Men objectify women, and if they stopped, women would be very…"
6 minutes ago

Lori commented on stormtruther's blog post Jennifer Aniston: Braless star leaves little to the imagination in cream satin gown at the SAG awards...no, its a real headline!
"Hey Brilliance, Why don't you go dig a fetus out of a garbage can and keep your intelligence…"
47 minutes ago

"Ahem, the autistic students do very well with info like this, without the gumball visual aid. The…"
1 hour ago

"The ones that set them loose on the rest of us are safe in gated communities."
2 hours ago

"Hmm. Both Portman and Moretz are Jewish."
2 hours ago

"Burning Jews has a large carbon noseprint."
2 hours ago

"He ruined so many films in the 90s with surprise cameos."
2 hours ago

"Hillary with a nervous Natalie Portman. I understand that Hillary and Huma Abedin once showed up at…"
2 hours ago

"So the girl with Pant Suit in the photo is Chloe Grace Moretz. Very likely a MK Ultra victim…"
2 hours ago

"its the reason not to take drugs, take drugs go to jail, go in one on the left, come out with the…"
2 hours ago