So who really controls the world? The Illuminati? Freemasons? The Bilderberg Group?

Or are these all red herrings to distract your prying eyes from the real global elite? The answer, like most topics worth exploring, is not quite so simple. Have no doubt, there are secretive global powers whose only goal is to keep and grow that power. But it really may not be as secretive as you would think. And that is what makes it even more nefarious.

But don't take my word for it, we have both science and insider testimony to back it up.

We are going to break this down into three categories: Financial, Political and Media. This is a harder task than you may imagine, since they all work in concert by design. 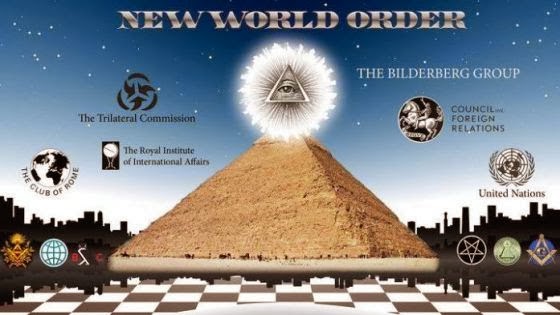 Thanks to the science of complex system theory, the answer may actually be right in front of our faces. This scientific process sheds light on the dark corners of bank control and international finance and pulls some of the major players out from the shadows. It goes back to the old credo: Just follow the money. Systems theorist James B. Glattfelder did just that.

From a massive database of 37 million companies, Glattfelder pulled out the 43,060 transnational corporations (companies that operate in more than one country) that are all connected by their shareholders.

Digging further, he constructed a model that actually displays just how connected these companies are to one another through ownership of shares and their corresponding operating revenues. 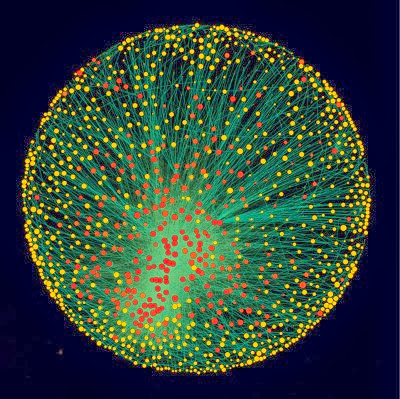 I will openly admit that this graphic almost scared me off. Complex scientific theories are not my forte, and this looks like some sort of intergalactic snow globe.

But Glattfelder has done a remarkable job of boiling these connections down to the main actors — as well as pinpointing how much power they have over the global market. These "ownership networks" can reveal who the key players are, how they are organized, and exactly how interconnected these powers are.

Each of the 1318 had ties to two or more other companies and, on average, they were connected to 20. What is more, although they represented 20% of global operating revenues, the 1318 appeared to collectively own, through their shares, the majority of the world's large blue chip and manufacturing firms—the "real" economy — representing a further 60% of global revenues.

When the team further untangled the web of ownership, it found much of it tracked back to a "superentity" of 147 even more tightly knit companies — all of their ownership was held by other members of the super-entity — that controlled 40% of the total wealth in the network.

According to his data, Glattfelder found that the top 730 shareholders control a whopping 80% of the entire revenue of transnational corporations. And — surprise, surprise! — they are mostly financial institutions in the United States and the United Kingdom. That is a huge amount of concentrated control in a small number of hands.

Here are the top ten transnational companies that hold the most control over the global economy (and if you are one of the millions that are convinced Big Banks run the world, you should get a creeping sense of validation from this list):

Some of the other usual suspects round out the top 25, including JP Morgan, UBS, Credit Suisse, and Goldman Sachs.

What you will not find are ExxonMobil, Microsoft, or General Electric, which I found shocking.

In fact, you have to scroll all the way down to China Petrochemical Group Company at number 50 to find a company that actually creates something.

The top 49 corporations are financial institutions, banks, and insurance companies — with the exception of Wal-Mart, which ranks at number 15.

The rest essentially just push money around to one another.

Here is the interconnectedness of the top players in this international scheme:

Here is a fun fact about the number one player, Barclays:

Barclays was a main player in the LIBOR manipulation scandal, and were found to have committed fraud and collusion with other interconnected big banks. They were fined $200 million by the Commodity Futures Trading Commission, $160 million by the United States Department of Justice and £59.5 million by the Financial Services Authority for "attempted manipulation" of the Libor and Euribor rates.

Despite their crimes, Barclays still paid $61,781,950 in bonuses earlier this year, including a whopping $27,371,750 to investment banking head Rich Ricci. And yes, that's actually his real name.

These are the guys that run the world. Read on here...

"For more than a century, ideological extremists at either end of the political spectrum have seized upon well-publicized incidents to attack the Rockefeller family for the inordinate influence they claim we wield over American political and economic institutions. Some even believe we are part of a secret cabal working against the best interests of the United States, characterizing my family and me as 'internationalists' and of conspiring with others around the world to build a more integrated global political and economic structure - one world, if you will.

If that's the charge, I stand guilty, and I am proud of it."