According to some historians the case for the FBI’s internal compromise and political alignment with administrations goes back as far as not being able to convict Al Capone, illegally wiretapping Martin Luther King, and doing the same to John Lennon. Today we know for sure that the FBI has been used as a weaponized federal agency against any opposition to the Democrats while the Justice Department refused to prosecute those among the Democrats who are blatantly guilty of committing crimes that would put ordinary citizens like you and I in jail for decades!

It is the very events since 9-11 that have revealed just how both incompetent special agents and directors have been intentionally corrupted. Let’s start with a chronological order of botched investigations and failure to save American lives! 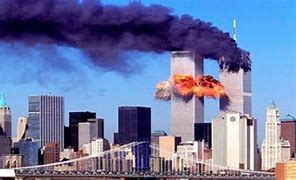 Just prior to the 9-11 destruction of the Twin Towers in NYC along with Bldg. 7 the FBI, CIA, and NSA all were conducting independent investigations of potential terrorist threats but failed to share evidence among each other that could have helped stave off the most destructive foreign attack upon the US domestic zone in history. Yet, all agencies resisted opening their files for the sake of solving a dastardly plot that many suspect even involved insiders of our very own federal government. The FBI knew of young Islamic men taking flight training at a school in San Antonio who only seemed to be interested in flying but not landing, and failed to share that information.

The gun walking scandal we know as Fast and Furious involved the incompetent attempts by ATF agents to sell weapons to the Mexican drug cartels thinking these could be traced and arrests would happen as a result, but instead Border Agent Brian terry was murdered with supposedly tracked guns along with the killing of Customs Agent Jaime Zapata also by firearms walked across the border or that fell into the hands of the drug cartels under ATF surveillance. 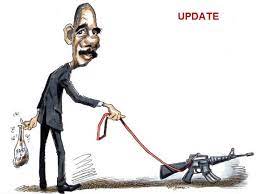 ATF agents who testified about the mishandling of the operation literally feared for their families and their own lives in exposing a derelict program that AG Eric Holder would later be charged with Contempt of Congress over in his refusal to hand over hundreds of pages of documents. Of course, President Obama used executive privilege to pardon Holder for interfering with an investigation. Out of 2000 ATF tracked weapons only a very few were ever recovered and wound up on both sides of the border used in committing violent crimes.

The year is 2015 and Pamela Geller, an outspoken right wing Muslim activist who warns America of radical Islamization, holds a private art contest in downtown Garland, Texas with 200 men, women, and children attending a “Draw a Cartoon of Allah” contest. Unbeknownst to them 2 well-armed Jihadists are on their way to the event with AK-47’s with the intentions of conducting a blood bath. When they arrive they begin by shooting up a security vehicle and wounding the guard. Luckily, 2 Garland police officers arrive and a gun battle ensues. Armed with only side arms, in “Dirty Harry” style grit, one of the policemen fatally shoots both radical gunmen and saves the lives of those who were invited to Pamela Geller’s art event. Geller is now living under heavily armed protection as many Muslims in America were outraged at her privately held affair. The FBI has full knowledge of the arriving Jihadists who were intent upon murder and did absolutely nothing about it. They could have tipped off local authorities at the very least and refused to! 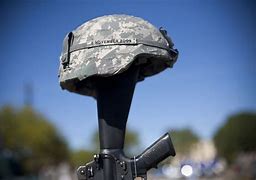 Major Nidal Hasan began screaming “Allahu Akbar!” and began shooting unarmed Army personnel at the Fort Hood base in Texas killing 13 soldiers and wounding others before being shot and disarmed. In the FBI report the agency under Director Christopher Wray relabeled the incident as “Work place violence”. Really? Why was Nidal Hassan never properly screened though he made Facebook comments that were obviously troubling, especially being a US Army officer? 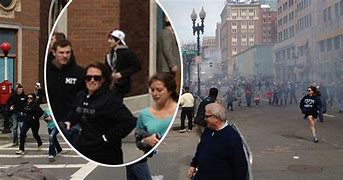 Bombing that shouldn’t have happened?

The Boston Marathon bombing committed by two Muslim brothers known for their radicalized hatred and even warned by the Russians about them, the FBI did nothing to alert Boston police of an impending act of terrorism! Why? I am sure those wounded or killed in this act of Islamic terrorism would like to have known.

In 2016 Republican leaders are holding baseball practice for a traditional game with their Democrat rivals in the days to come when a Trump hating, history of leftist activism, and violent man asks a local resident if the people practicing at the park are GOP or Democrat? Within minutes the armed madman begins an attack that critically wounds Steven Scalise. As the Republicans duck and dodge bullets, 2 Capitol Police arrive and begin firing at the crazed gunman. Luckily, the shooter is killed, but rather than categorizing the attempted murder of GOP leaders as an act of political terrorism, the FBI instead calls it “Suicide by Cop”, an obvious deflection of the truth.

In that same year the FBI involves itself in an illegal attempt to quell an avalanche of evidence of a personal server of Hillary Clinton’s violating espionage laws and classified protocol hidden at her residence. With full knowledge of this fact, Director James Comey allows Clinton’s staff to destroy laptops, cell phones, and any evidence linking the former Secretary of State to the crimes of operating unauthorized devices in hostile countries, hiding an internet server on her premises, and having that server hacked by foreign enemies of the US. Under testimony in front of Congress and sweating like a pig, James Comey claims that he could not prove intent by Hillary Clinton even though she is in clear violation of the 1914 Logan Act. 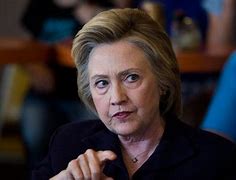 Heads should have rolled

In 2016, still the FBI is not through yet. In violation of FISA Court rules of evidence disclosure several FBI officials are complicit in the fabrication of false evidence. Director Christopher Wray, Deputy Dir. Andrew McCabe, Agent Peter Strzrok, Lisa Page, Bruce Ohr, and James Comey all conspired to falsify evidence against then candidate Donald Trump in order to disrupt his bid for the presidency. Using the Steele Dossier, a false and salacious document created by a now defunct British intelligence agent paid by the FBI to create it, a targeted campaign to ruin the reputation of Donald J. Trump backfired and illuminated a seriously corrupt and politically biased law enforcement agency unable to serve justice. Yet, though most of the agents involved were forced to resign with the exception of Director Christopher Wray. None have been prosecuted for felonies that would have put normal citizens in jail for a long time! 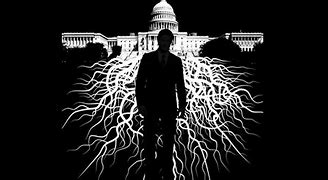 Continuing tyranny of a compromised agency

Today, the FBI continues to flaunt the rule of law, hiding evidence against people like Joe and Hunter Biden, refusing to investigate evidence in their possession, and refusing to represent the honest rule of law. Refusing to view the contents of Anthony Weiner’s laptop full of thousands of correspondences between Huma Abedin and Hillary Clinton. Now, the FBI has been ordered by Democrat leadership to drop all current investigations and make the January 6th Capitol Building trespass their number one priority in a re-energized push to punish Trump supporters and to use Soviet KGB methods to pursue those who attended the Trump speech that day and express their support for the investigation of voter fraud and stopping the Democrat onslaught against a Constitutional government.To date books have been released by James Comey, Peter Stzrok, and Andrew McCabe, all proclaiming that President Trump is compromised! Being the counter intelligence specialists that they all are, we in America have been denied Constitutional protection from these high level criminals masquerading as law enforcers! 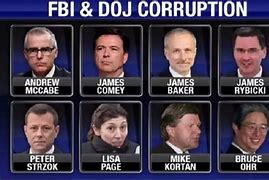