"A classic Ponzi scheme built on treachery and lies"

From the Covid 19 orchestrated crisis to the Democrat spending bills that have ensured the US will never achieve a balanced budget or dollar stability again we now have the Federal Reserve raising interest rates to supposedly curb inflation, but it’s too little and too late. This will only further damage the US economy by shutting down new home sales as buyer can no longer qualify due to the increased mortgage rates and builders will have to lay off contractors and workers as well. There is way too much free money in circulation used to pay off people to sit at home and watch TV rather than work. This is how the Democrats buy votes and shrink the buying power of the US dollar at the same time. Thanks to the Biden Administration policies we are at a 43 year high with inflation. Hyperinflation is already on the way. Stagflation the most feared reaction is at work as well. 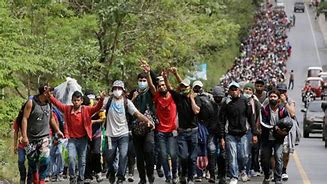 If one of our enemies could have engineered the best way to take down America they couldn’t have done better than the Biden White House. As millions of illegal liens flow over the borders, cities, counties, states, and federal dollars will be spent to support undocumented people from all over the world who even get flown or bussed wherever they wish in the dead of night. Who is in Biden’s cabinet calling all the shots, you might ask? They surely are the true enemies of the state! Yet, what Sloppy Joe defines as the enemies of the state are Trump supporters, conservatives, constitutionalists, and evangelical Christians who want an accountable government! 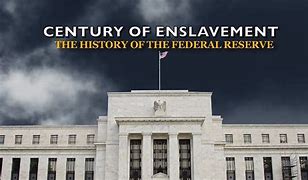 The Federal Reserve’s “Ponzi Scheme” is elegant, obvious, and should be illegal as well as unconstitutional. First the Biden Congress makes up a phony bill like “Build Back Better” appropriated to supposedly support the US economy when it only further devalues the US Dollar and purports to support future green industry such as EV’s which are already overpowering the capacity of the US electrical grid. The call goes out to the Federal Reserve for the supporting funding (Billions) that will. Of course, be squandered by the Democrat dominated Congress. Where does this money come from? It’s magically credit created within the Federal reserve computers then the fiat paper money is printed ready to go into the waiting hands of the fraudsters who are using the façade of spending bills for their secret deals while your dollar now buys even less gas, less groceries, less utilities, until one day just as in post-World War II Germany, it will take a wheel barrow of dollar bills to buy a loaf of bread! 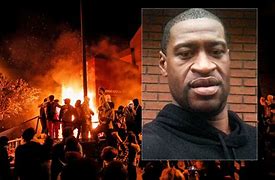 Remember that ideology trumps practical reality in this card game. The Democrats under the guise of sustainable development, climate change, and planned communities are merely justifying money that will be redirected to Democrat coffers in the form of re-election campaigns, reimbursing Democrat cities burned and damaged during riots by paid agitators  from the “Summer of  love” in 2020 to the latest crisis created by some thug who resisted arrest, pointed a gun at officers, got shot and killed and now the families of losers of the career criminal seek liability from already defunded police departments! The scheme just rinses and repeats in every Democrat controlled welfare supported city in the US on the bloody streets of urban decay already sculpted by the signature rule of Democrat inner cities failures! The methodology of corruption

As has been stated before by a Roman Emperor eloquently, “No nation can survive treason from within.” The Biden Democrats just as Obama and his Administration thrived on this very element of betrayal, flaunting the rule of law and using bureaucracy to defeat the will of the people. As these unelected operatives can bypass voting requirements and impose their tyranny upon the masses with corrupt regulations that do more harm than any good they could ever convey. Why? They are the tools of the wicked meant to subjugate the people under the aegis of fake legitimacy. As coal, natural gas, and crude oil are being discouraged and phased out with no alternate forms of energy to replace them, and an aging electrical grip teeters on the verge of collapse, the Democrats strive to find more ways to push the system in their Cloward and Piven plan for a systematic collapse.

Parrhesia replied to Less Prone's discussion Brazilian Military Stands with Bolsonaro – Is Prepared to Invoke Article 142 to Save the Nation (VIDEO)
"I hope this is true."
10 hours ago

Less Prone left a comment for Gary McCurry
""Welcome to a revolutionary concept in public communication, the truth. Find your own sources,…"
12 hours ago

Gary McCurry is now a member of 12160 Social Network
13 hours ago
Welcome Them!

Parrhesia replied to Parrhesia's discussion Law Enforcement Buying "Anti-Scale" Fencing For Police Stations
"Years ago, when I went to Belfast, the fencing around the police station really made an impression…"
14 hours ago

Less Prone replied to Parrhesia's discussion Law Enforcement Buying "Anti-Scale" Fencing For Police Stations
"The people and the government are becoming two sides of a war."
14 hours ago

"I wonder when they get to transtranstrans and beuoynd. Is she joking or..., really?"
14 hours ago