The video reveals Attorney General Holder’s early, consistent, and strident enthusiasm for gun control legislation. He wanted schools to talk about anti-gun propaganda “every day, every school, and every level."

Operation Fast and Furious -- in which Holder’s Department of Justice (DOJ) smuggled guns illegally to Mexican drug cartels -- could finally have provided Holder the material for that anti-gun curriculum.

On December 7, 2011, CBS News investigative journalist Sharyl Attkisson (who is the only one in the mainstream media faithfully reporting this story) shared documents proving that the motive behind Operation Fast & Furious was to implement harsher gun regulations.

Ms. Attkisson reported that Alcohol, Tobacco, and Firearms (ATF) officials within the DOJ discussed using the illegal gun sales to justify “Demand Letter 3,” which would require some gun shops to report the sales of multiple rifles or long guns.

Each new revelation pushes Operation Fast and Furious up the chain of command and provides more evidence that it was to be used for more gun control.

Here’s a review of what we know.

ATF Agent John Dodson sat down with Ms. Attkisson on March 3, 2011. He told Ms. Attkisson he had been assigned to Phoenix in 2010 and that he’d been involved in Operation Fast and Furious every single day since he arrived.

Everyone see that PK...it is an email preferences option

Papa Bush and son, Jeb, are bringing in drugs~ How many more young people have to OD before we wake up, and say Enough? The Federal Reserve Must be abolished! It's illegal anyway. That's one way to eliminate the 1% Then some arrests, and we begin again. That's why they hate Trump because he is on our side...just a bit rough around the edges, but the real deal.

Now this SOB is going from one police station to another to try to federalize as many as possible. George Soros is paying for as well as setting up another Holocaust for All of us~ Fema Camps and all. Blake, Rice, Obama, Biden, Clinton, etc. are all in on it~They should all be locked away in gitmo for life~ 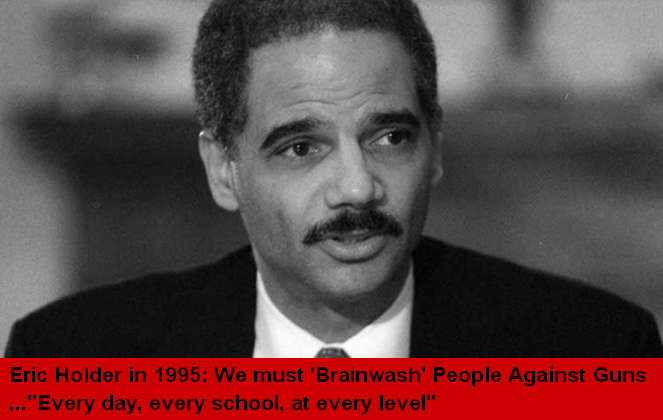 The pics and bios of all these "shooters" in the media just LOOK brainwashed and mind controlled. Absolute zombies. Spinning the web.

All of these shootings are part of their brainwashing agenda. I believe they are creating false flags to have the public demanding the destruction of guns. Then they'll have us, no arms. And Jade Helm is everywhere America to make sure it's carried out. Thanks, sharing this.