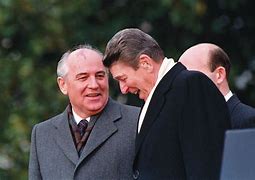 It is the early 1980’s and President Ronald Reagan has reached out to Mikhail Gorbachev of the Soviet Union to diminish the nuclear arms race and even begin an exchange of Soviet citizens to come and live in the US. Designed as a peaceful cultural exchange program, hundreds of Russians come to America to see how freedom really is and if they can acclimate to it. This, President Reagan intends as a sign of goodwill. A hope for mutual understanding

The Russians who were mere peasants under the brutal Soviet caste system were allowed all the freedoms of a US Citizen. US officials thought this would be a great way for Russians to grasp liberty and individual rights not afforded to them by the USSR, a Communist regime known for brutally wiping out all opposition and granting rights only according to the state, not the God given rights we are supposed to observe here in America. Hopefully, this would also lead to greater political awareness and appreciation for the concept of freedom, but strangely, something else happened. 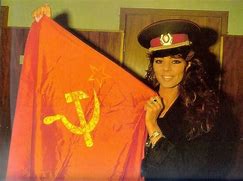 What, hopefully would be former Russian peasants hailing America as a bastion of inspiration and a beacon of hope morphed into something else. The majority of Russians in the exchange program reacted adversely and wanted to return to the Soviet bleakness of scarcity, pittance of wages, government control right and left, even the threat of being turned in by a neighbor if something of negative comment was made about the state. In the Soviet Union cars were nearly unheard of for the individual citizen and if they could buy one they would be put on a waiting list for as much as 5 years. This was in the 80’s. Their homes were state manufactured flats, bare necessity housing that might not even be heated or air conditioned. Same is true even today in Communist China.

Failure due to programming

When interviewed by American reporters who, back then, did have a shred of integrity, the reply was that, yes, it was freedom, but a tough freedom where the individual had to make all their own choices. You see in the USSR, there was no freedom of choice, the state assigned you a job, a place to live, and decided for you what your cost of living should be. The brutal indoctrination of Soviet authoritarianism had conditioned them for life. Something we enjoy as Americans, the freedom to make our own decisions, was foreign to the Russian exchange subjects and a hurdle they could not jump over. Psychology confirms that the human mind can adapt to anything from pleasure to pain. Familiarity is a driving force in the human psyche. We see it here in the US men and women driven to accept miserable relationships because they are accustomed since childhood being raised by irresponsible or abusive parents, or maybe a single parent that neglects them. So, what do they do, they gravitate to what they are familiar with. So did the Russians who chose to return to a bleak existence.

I was visiting my former in-laws in Utah. In their two story home they had an upstairs den with a large screen and often watched CC TV which would feature actual Communist Chinese programming as well as shows from Taiwan. On a talk show in Communist Chinese TV, and of course the topics are going to be state oriented. A teenage girl who had been adopted by an American couple and saved from being euthanized due to the 1 child policy of the government where girls were not the preferred choice either. China has a very chauvinistic male society due to tradition much less Communist ideology. The talk show host asked a few frivolous questions until he got to the question of Christmas, and this illustrates a mindset of indoctrination at a very early age. 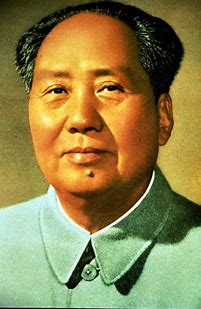 He asked the young teen what Christmas was like in America and she described the fragrant pine tree adorned with lights and decorations with presents underneath. The talk show host asked her if she thought of Santa Claus apparently avoiding the question of the birth of the Lord’s son, Jesus Christ, as there can be no higher authority in a Communist regime other than the state.

Her answer was proud and clear, “I thought of Chairman Mao.” The Talk show host asked again, “And you were not thinking of Santa Claus and all those presents?” 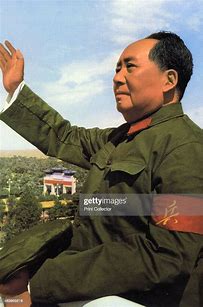 Once again she remarked, “I only thought only of Chairman Mao!” The audience clapped and showed approval. It was obvious that this was an anti-capitalistic and anti-Western demonstration, more than a secular reply. It was a rebuke of Christian values as well even though Christ was not mentioned. It was the holiday itself as well as the rejection of materialistic prosperity of Western civilization that has been drummed into the heads of the Chinese population even today as China has gotten a taste of state controlled capitalism that has benefited a privileged few as the rest of the population does prosper more than they had in previous decades, but a strong sense of politburo nationalism has now taken place within China, and they are no longer enamored with western of US prosperity and freedom. The sword rattling of the state has infected the mass consciousness.

One might think back to the young girl shrugging off any appreciation for her adoptive parents that had undoubtedly provided her with a very good family environment saving her from the injection of formaldehyde into the fontanelle at the top of the skull as the expedient means of liquidating girl babies in that era. When one thinks of all the ways America has saved China from collapse and even given them the means of warfare technology, they are now our primary nemesis. We thank the traitors within our own government like the Clinton’s who enabled China to rise up into a major competitor who has used espionage and bribery to control the US federal government now. 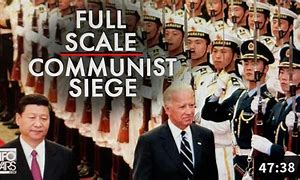