Madonna Hobnobs with a Member of Quill & Dagger at Met Ball

So I saw this photo of Madonna at the Met Ball posted in the Daily Mail: Material girl: Madonna, sat between Andre Balazs and Riccardo Tisci, unveiled her daring punk outfit at the Costume Institute Gala After Party at the BOOM BOOM Room in New York, on Monday

But of course, unlike most Daily Mail readers, I have my THEY LIVE glasses on.  Looking at Madonna, the Illuminati's High Priestess, with the glasses on, well, what can I say, she looks like her head fell in the cheese dip back in, oh,  1983 or so.

So then I said, "Who is this Andre Balazs fellow she's sitting with? He doesn't look human, either." 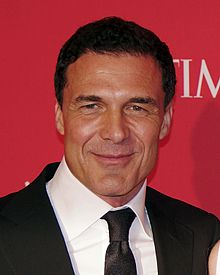 According to Wikipedia, he is a "hotelier and residential developer" and it says that "in his early years, Balazs worked at Biomatrix, a New Jersey based bio-tech company founded by his father." (Endre A. Balazs) And  "In 1990, he purchased Chateau Marmont, subsequently launching his career as an hotelier."

But wait! It also says that Balazs "graduated from Cornell University as a College Scholar and member of the Quill and Dagger society."

Check out the Wikipedia page on the Quill and Dagger!

"The meetings and proceedings of Quill and Dagger are closed, and the society's contributions and activities on campus are typically concealed. The public is not admitted to the society's sanctuary on the top floor of Lyon Tower, although anyone who is not a Cornell University undergraduate or eligible to become one can be escorted into the sanctuary by a member of the society." 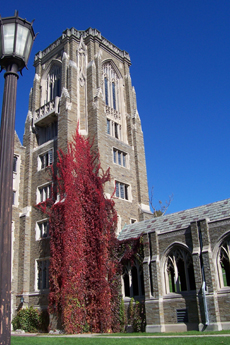 It goes on to say:

"From 1913 to 1984, Quill and Dagger had at least one member in the U.S. Congress every single year.[18] In recent decades, the society has had a strong presence in the U.S. State Department and related government positions, with two National Security Advisors,[19] two Directors of Policy Planning, and numerous assistant secretaries and senior advisers. Additionally, two members recently served as World Bank presidents, and a large number of members serve on the Council on Foreign Relations. Many of these government officials interact regularly in their professional duties.[20] At least five members of George W. Bush's administration were Quill and Dagger members: Stephen Friedman, Stephen Krasner, Paul Wolfowitz, Stephen Hadley, and Carol Kuntz. President Barack Obama's administration includes Deputy Secretary of Labor Seth Harris, Associate Counsel to the President Alison J. Nathan, Deputy Director of the Office of Environmental Quality Gary Guzy, and Assistant Secretary of the Treasury for Financial Markets Mary J. Miller.

"During the 1930s through 1950s, the chairmen of Standard Oil,[21] Sun Oil (now Sunoco),[22] and Continental Oil (now ConocoPhillips) companies were Quill and Dagger members, and many other advanced positions in these corporations were held by society members. Younger members who entered the oil industry at this time would gain industry prominence later in the century, with one becoming chairman of Amoco in the 1990s.[23] In the 1960s, the management of Union Carbide, the oldest chemical and polymer company in the country, passed directly from one member to another.[24] In recent years, similar networking appears to be at work in the leading investment banks."

In the Wikipedia page on Cornell University, it says:

"The university is home to two secret honor societies called Sphinx Head[210] and Quill and Dagger[211][212] that have maintained a presence on campus for well over 120 years....The New York Times referred to Sphinx Head as "a secret senior society of the nature of Skull and Bones."

"Those children look thrilled, and the little guy got the hell away quick.  lol"
6 hours ago

"NATO was created to oppose Russia and for decades kept encroaching on Russia.  NATO are…"
8 hours ago

"Not to worry, the US will send many more that will make it through customs.  "
9 hours ago