The year is late 1944 and after American military intelligence has noted repeated slaughters of M-4 Sherman tank crews at the hands of the Nazis and their Panzer IV, Tiger 1, Tiger 2's, and Super Tiger tanks. The M-4 Sherman was a medium tank never intended to go head to head with the mighty German armor. It was intended for troop support. An old saying of the Germans was, "10 US tanks are not as good as 1 German tank, but there's always an eleventh American tank." The only chance a Sherman tank crew has is to get within close quarters of a Panzer or Tiger and get a shot at the rear of the Germans where their armor is the thinnest, but this almost a suicidal tactic for the M-4 Sherman crews. 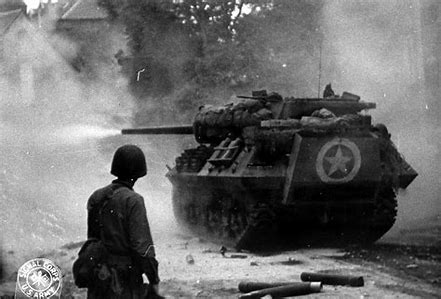 After their experiences at the Battle of the Bulge that even in defeat the cost in lives and American armor is unacceptable. The philosophy of the Allies had been that they could overwhelm the Germans with shear numbers of Sherman M-4's which were fast, agile, and with the 76 mm cannon were thought to have the knock out power needed but the problem was that a 76 mm gun could only pierce German armor up close where as a Panzer IV or Tiger tank could engage the Shermans from more than a thousand yards. Stories of 19 Shermans against one Tiger tank all making direct hits that bounced off the thick German armor were more common than US high command would like to have admitted. 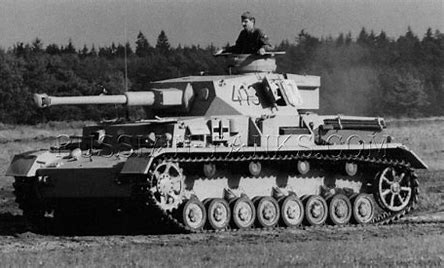 Unlike the Germans, who had simply to drive their armor out of Germany and into Europe, delivering the Sherman tank was a logistical problem. The size of the Sherman put a limitation on cargo ship dimensions. A larger more effective tank limited storage capacity. The Sherman was nothing more than a death defying compromise. A long trek across the Atlantic aboard Merchant Marine ships steaming through U-Boat infested Atlantic Ocean waters is another story all in itself. However, the answer is about to be shipped.

Help on the way

The M-26 Pershing Tank is newly developed and top secret. Only 20 are delivered and sent to the front close to the Rhine River where the Germans have built the Siegfried Line. Plenty of Tigers and Panzer IV's still fight on not to mention the deadly German Tanks destroyers. It has only been the American tank destroyers that have been able to knock out the German behemoths. The first confrontation of the M-26 against a Panzer IV that has just knocked out 2 Shermans in the French town of Cologne known as the "Tank Duel of Cologne" is about to take place. 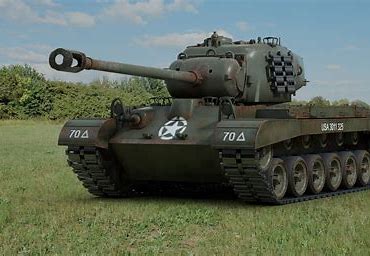 Two of the American tank crew see the handy work of the Panzer IV. One American tank crewman has just been extracted from one Sherman hit twice by the Germans and his lower leg is smoking from having been blown off. The Lieutenant dies soon after having bled to death. The M-26 tank crewman run back to their vehicle. They can't approach from the front as rubble has blocked the road. They will choose a parallel street to flank the Germans. Turning the massive turret that houses the 15 foot long barrel of the 90 mm gun, the crew drives their tank ready to engage as soon as they clear the obstructions and come within visual range.

As they emerge from around the corner parallel to the German tank they find that the Germans have turned their turret directly at the flank that the Americans hoped to expose. Since tanks of the era did not fire accurately while on the move, the Pershing tank crew must come to a halt and line up with their target.  The Germans never seeing such a huge American tank before  and think this is another Tiger or Panzer and hesitate. The German tank commander then orders his gunner to fire. Their shot is too high and misses so the German's begin to move forward. The M-26's first shot hits the frontal armor of the Panzer IV and explodes, but it's not an armor piercing shell though, it's a high explosive shell designed for infantry support. The Germans are hit, but no damage is done. The smoke obscures the American gunner's view. He hesitates waiting for another opportunity.

As the German climbs atop rubble in the street exposing its underbelly, an ill advised move, the American gunner fires a high velocity armor piercing shell. The Panzer IV is hit and disabled! The German crew quickly jump from their tank, but the barrel of the Panzer IV is still aimed directly at the M-26. The gunner slams another shell into the breach and fires this time striking the turret of the German Panzer IV. The tank erupts into flames, the munitions storage ignites, and the turret of the German tank is blown off as the stricken armor vehicle brews into an oily, smoking, wreck. 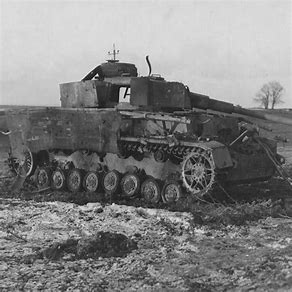 The solution that came late

Two M-26 Pershings are deployed in another American infantry unit into another small town on the outskirts of the German Siegfried line to the cost of 1 Pershing but the Germans pay a higher price for the exchange losing 2 Tigers and 2 Panzer IV's to the Americans. Sadly, had the M-26 Pershing or something that heavy and equivalent been available after D-Day it could have saved many American lives and shortened the war. If not for US air superiority used as tank busters, even more M-4 Tank Crew lives would have been lost. This is only one story in many reminding us of the price in American lives paid in time of war and why Memorial Day means a lot more than beer and Barbeque. 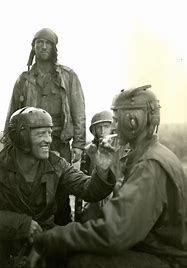 Patrick C. Conway Germany was not our friend! They developed the 5th Column to spy on the US public and government before WWII. A year before Pearly Harbor they unleashed their U-Boats upon the eastern and Gulf coasts of the US sinking US Merchant Marine and civilian shipping. They were forming a fascist program in Mexico in order to invade America from the southern border. The Nazi's even planned a one way nuclear bomber targeting NYC. How can you possibly say that?

We fought the wrong enemy.