But there’s reason to be skeptical. 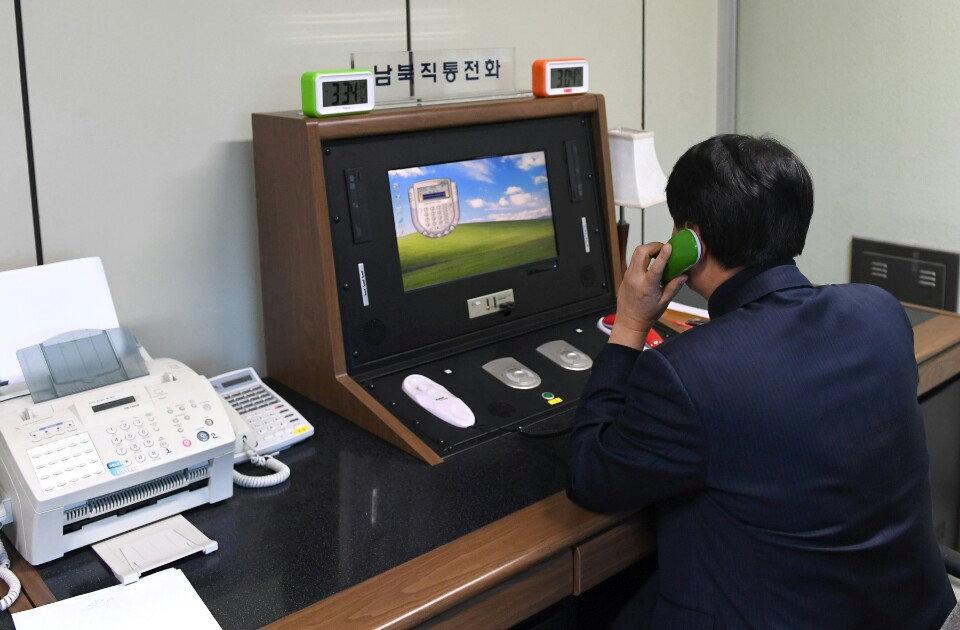 A South Korean government official communicates with a North Korean officer during a phone call on the dedicated communications hotline at the border village of Panmunjom on January 3, 2018, in Panmunjom, South Korea. South Korean Unification Ministry via Getty Images

A South Korean government official communicates with a North Korean officer during a phone call on the dedicated communications hotline at the border village of Panmunjom on January 3, 2018, in Panmunjom, South Korea. South Korean Unification Ministry

North Korea just reopened a communications channel with South Korea after nearly two years of silence, a move that could lower the chances of an accidental war between the two longtime foes.

North Korean military officials spoke twice with their southern counterparts on January 3. They first chatted at 3:30 pm local time and “checked technical issues of the communication line” for about 20 minutes, according to South Korea’s Ministry of Unification. North Korea then called South Korea around 6:07 pm simply to say “let’s call it a day today,” the ministry said.

It may not seem like much, but those brief conversations over the phone line have the potential to calm the growing tensions between the US and South Korea on one side and North Korea on the other — tensions that could lead to a catastrophic war.

President Donald Trump took credit for the talks on Wednesday, tweeting, “does anybody really believe that talks and dialogue would be going on between North and South Korea right now if I wasn’t firm, strong and willing to commit our total ‘might against the North,” adding that “talks are a good thing!” Secretary of Defense Jim Mattis told reporters on Wednesday that “we don’t know if [the offer of talks are] a genuine olive branch or not.”

Many experts believe North Korea’s decision to start talking again isn’t solely a gesture of goodwill. Instead, they say the North likely is using the once-defunct communications channel for more concrete reasons.

First, Kim Jong Un wants his athletes to participate in the upcoming Winter Olympics in South Korea. Second, he wants to see what South Korea might agree to, like canceling all military drills with the US. And finally, he may hope that speaking directly to South Korea will make Seoul decide America isn’t a necessary participant in future peace talks. That could potentially drive a diplomatic wedge between Seoul and Washington. “The fact that North Korea wants to talk to South Korea makes me cautiously optimistic, but I don’t have high expectations,” Jung Pak, a former US intelligence official who is now a Koreas expert at the Brookings Institution, told me in an interview. “We need to be careful about not blowing this out of proportion.”

Note to North Korea. If you want to avoid war, Let Rothschild open a central bank in your country! He might even give Kim a small piece.