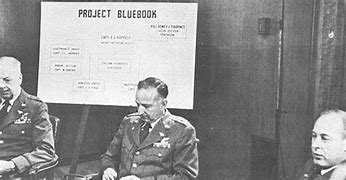 The year is 1969 and the US media along with self-proclaimed UFO debunker, Phillip J. Klass, are abuzz over the official closing of Project Blue Book. After issuing a US Air Force funded study grant to the University of Colorado under known skeptic Edward U. Condon, professor of physics, a million dollars is spent to establish whether further research on UFO’s is warranted. It has been known for some time that the USAF has been wanting to rid themselves of UFO investigation ever since the 1953 Robertson Panel had convened Project Blue Book was transformed from a respected intelligence gathering agency that analyzed witness sightings to nothing but a powerless Public Relations front. This so discouraged Captain Edward Ruppelt, Major Dewey Fornet, and PR Official, Albert Chop, that they all put in for reassignment. Yet, Astro Physicist, Allen Hynek remained as science advisor. 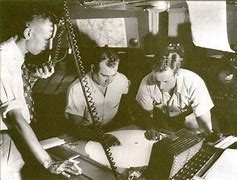 End of the beginning

However, despite the intentional burying of Project Blue Book by the Condon Committee even with the sharp objections of his own staff, the negative recommendation of the study was exactly the outcome that US Air Force had sought. Yet, according to Donald Keyhoe the military had not given up on the analysis of UFO reports. “Old Blue Paper” continued behind the scenes as a classified agency while Wright Patterson Air Base received the tougher UFO reports that might be considered an actual threat to national security or an unknown technical challenge. The general public would be left in the dark and advised to report any UAP sightings that made them feel threatened to local law enforcement or scientific groups. 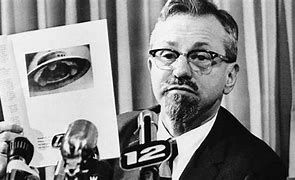 Incidents such as the Washington National Sightings where UFO’s violated forbidden White House air space with impunity despite air defense measures represented an element of the unknown that was not being addressed. According to Senior Traffic Controller, Harry Barnes, maintained that all radar units were in perfect operating order and that his veteran staff knew exactly what a solid target looked like on a radar screen, General John Samford’s presumption that some of the UFO’s sighted could be “Weather Targets” created by thermal inversions that gave off false radar readings. According to Harry Barnes the UFO’s seemed to respond to communications with the F-94C jet interceptor pilots when they entered the radar screen detection area, and simply disappeared off the scope! Was this a form of stealth or had the UAP’s simply escaped into another dimension?

As reported by modern day fighter pilots in the US Navy in their F-18 Super Hornets, out maneuvered, out classed, and watching as an object travelling 15,000 knots could make a sharp right turn that would have destroyed any conventional aircraft due to the excessive G forces involved! Donald Keyhoe wrote about how the observation of UFO’s had influenced modern aircraft development and the theory that UFO’s could generate a zero gravity field around them was immediately explored and funded by such defense contracting firms as Northrop, Lear, North American Aviation, Lockheed, and others under their own secret programs, but none were successful.

After years of being pro-extraterrestrial in their findings on the UFO enigma, major players in the civilian investigation field came to very different conclusions. Jacque Vallee and Stanton Friedman, both holding advanced degrees in science while Stanton was also a former defense contractor employee would contradict their findings. Demonic activity was not only arrived at by these two staunch UFO advocates while 2 former USAF intelligence officers after reviewing the case files of Project Blue Book also arrived that this conclusion. Of course this finding did not sit well with the UFO community who believed in the alien civilization thesis. Little did the civilian UFO groups realize that they were being monitored by US intelligence agencies. So, one must ask that if there were nothing to UFO’s why were these people being spied upon? With the CIA, FBI, and OSC all involved in monitoring UAP’s surely there was something there that was troubling. 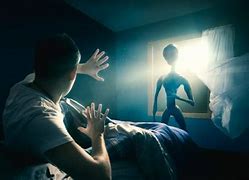 The ability to dematerialize when in-flight seemed to be one consistent capability of UFO’s whenever they were encountered or jet fighter pilots were scrambled to intercept them. Now two veteran UFO investigators, Vallee and Friedman, had come to shocking conclusions, and with the superior technology of US armed services being decades ahead of civilian technology, no doubt they too were grappling with the same realization that UAP’s seemed to pop in and out of our physical plane at will. This would be a form of ultra-technical advancement that could be a thousand years ahead of present earth science. The ultimate consideration behind all this by the US military would have been, do they present a threat to national security or possibility of collision with normal air traffic? Since there had been cases of near misses with UFO’s in some cases causing injuries to passengers when drastic maneuvers had to be taken to avoid a crash. 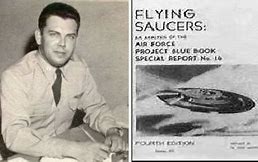 Captain Edward J. Ruppelt, first Director of Project Blue Book, admitted that his staff looked for references to possible descriptions of UFO’s in the Bible to see if an historic legacy of such encounters had been recorded. At least 2 pastors have written books on UFO’s in the Bible. Even the well-known paranormal journalist and author, John A. Keel considered UFO’s as being from the same source as ghosts, apparitions, demons, fairies, and Leprechauns of ancient human superstitions and spiritual encounters. Keel theorized that space aliens were merely a product of the same old source that had taken on a new identity with which to trick mankind. Rather than appearing as elementals or an incubus, they had taken on the extraterrestrial identity. Pastor Arnold Murray considered the Book of Ezekiel to be an exact description of an aerial vehicle used by fallen angels to land on earth, only spoken in the words of an ancient man witnessing advanced technology that seemed magical to him. 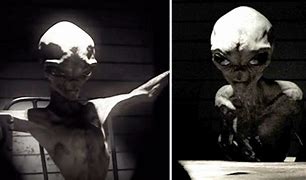 Today we deal with disappearances, alien abductions involving invasive medical procedures, and strange causes of death whenever recovery of some disappearances occurs. Would a benevolent and more advanced alien race really need to treat humans in this way or are other clandestine motives at work? Some of the finest astronomic telescopes available to science are used by the Vatican to scan the universe for any sign of approaching alien contact. The plan of the Catholic Priesthood is to baptize mankind in the religion of a more evolved species of intelligence under the aegis of them being closer to God and having overcome the evil that plagues mankind here on earth while recently Pope Francis claimed that he would baptize aliens if they arrived on earth. Is this just another Trojan Horse used seduce people into adopting an evil agenda leading to hell? Today the Catholic church conducts many exorcisms every year that make a very real manifestation from the demon world a frightening reality. 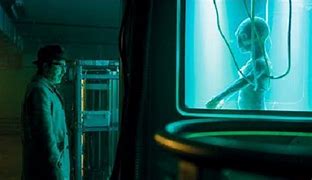 When we see the incredible lawlessness being displayed by our lawmakers on Capitol Hill, the outbreaks of bloody violence in our cities, the attempts by our own government to instigate genocide and social unrest, how can anyone deny that with the loss of church influence and Biblical morality that our society is caving in rapidly? Demonic activity misconstrued as UFO sightings, distracting society from moral conduct and true spiritual guidance? Are not these the very evil intentions of an entity we know as Satan? 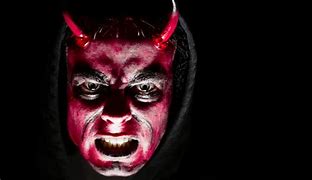