Project Veritas Catches Bernie Sanders with His Pants Down

Project Veritas has been tasked with a mission, to expose the left and the Democrats for their ultimate plans to take down America as we know it. Several of their videos through hidden cams have revealed just how ruthless their intentions are, not to mention how thoughtless the fools in their organizations are. In the latest expose’ a Project Veritas operative penetrates the Bernie Sanders election campaign team and has a conversation with a person listing his position as a field organizer. Kyle Jurek, casually explains the tactics facing Americans should Bernie Sanders lose his bid for candidate nomination in the state of Wisconsin. In his words “Milwaukee will burn.”

Staffer, Jurek goes on to continue sounding like a classic Bolshevik already visualizing the aftermath of a Bernie Sanders presidential win right down to re-education centers for Trump voters, the use of mass force to bring capitalists, patriots, and Christians to their knees in gulags with the brilliance of the Russian torture prisons enshrined in this idiot’s mind! Bernie Sanders has made no comment, no apology, and remains silent on the matter, knowing that NBC, CBS, ABC, MSNBC, and CNN will do little if anything to report this matter to the general public. Shaking down all the billionaires!

What could any sane American possibly expect from Bernie Sanders, a man who romanticizes about the Russian Communist days of the “Cold War” the fall of the Czar’s family rule, and the drastic social engineering of the citizens of the Mother land? After Stalin and his team of Marxist radicals got control of Russia mass graves were filled with those who could not be indoctrinated or who fell sick and exhausted during the brutal labor camp projects. Gullible Americans even joined ranks with Russian peasants in 1929 for a public canal building project that was canonized as a marvel of Soviet public works when, in truth, thousands of forced laborers given only picks and shovels who perished or were murdered by their cruel handlers with only a five mile stretch of the canal completed.

Not only the Russian press but the American news media broadcast favorable reports about this forced labor project that was supposedly some miracle of Communist logistical achievement. In truth only lies could possibly hide the grisly details of a project that under free enterprise would have been completed in less time, less expense, and without the need for death threats, mass murder, or forced public participation! This, the very basis for just why capitalism and free markets will always win over the inefficient and punishing tactics of the Communist doctrine designed to force the unwilling to participate, to use intimidation to dissolve ideological opposition, to ensure that a socialist society cannot be exposed and transformed to a more humanitarian culture! Today forensic teams are uncovering mass graves of thousands of murdered victims of this illustrious Belomorkanal planned by the Communists!

To further quote Kyle Jurek, a repeat drug offender and violent criminal, “the police are going to get beaten!” The question is, how are these types of people allowed to hold positions in these election campaigns? Apparently Bernie Sanders doesn’t use much in the way of background checks to ensure the quality of his staff! However, here’s another thing to consider, Sanders, who celebrated his wedding night in Moscow in 1985 sees nothing wrong with the brutal rule of the Communist legacy in history because he plans to implement the same methods himself if elected! Kyle Jurek even glorified the former Soviet Union society of brutal oppression as a wonder even talking about the beauty of the AK-47 rifle and its contribution to the Soviet empire!

These are the same views now being reflected by the college campus professors, their students, and the Democrat Party. Yet, the intent to brutally control the new America under a red flag rife with executions, gulags, government re-educating centers, and centralized control over all aspects of civilian life are hidden from the general public. Only among themselves do the zealots under Bernie Sanders marvel over what would happen to Trump supporters once they won from beatings to imprisonment! America would become the new Soviet Union. 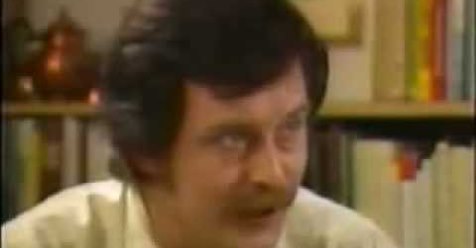 In cities like Chicago where a core of radical intellectuals, as they would like to call themselves, plan for the social transformation of America, still Bernardine Dohrn and Bill Ayers former members of the infamous Weather Underground are still very much active having been major mentors to former president Barack Obama. They were both on the FBI’s Most Wanted List, and conducted a war of terror against the federal government. Bombing they committed ranged from United States Capitol, the Pentagon, and several police stations in New York, as well as the Greenwich Village townhouse explosion that killed three of its members. The young son of a federal judge was seriously wounded by shrapnel from a bomb detonated at his home by the minions of Ayers and Dohrn!

FBI informant, interviewed at length by NPR and their TV broadcast division, Larry Grathwohl, revealed the incredibly ruthless plans that the Weather Underground would implement once their mission to overthrow the US government had succeeded. They would award the US divided into sectors under control of North Vietnam, Cuba, the Soviet Union, and Communist China. They would leave the brutal micro managing aspects to these aggressor nations. Bill Ayers discussed at length how 250 million people stood to be executed, imprisoned, reoriented, and what the requirements for such infrastructure it would take though he had no idea how to raise the funding or economic where with all to make such a unholy campaign work. Bill Ayers emphasized that mass executions would be necessary! These abominable insights are no different among Democrat plans for a takeover of America today, they are simply not casually revealed to the public the way that Bernie Sanders staffer Kyle Jurek, was quoted by Project Veritas as saying.

Today, Larry Grathwaohl’s taped testimony is locked away and cannot be played for the American audience as they will not allow it! It would be interesting to note that in 2009 the NEA (National Education Association) responsible for the content of all publicly funded US independent school districts, celebrated the birthday of Mao Zedong, chairman of the mainland Chinese Communist government responsible for the deaths of at least 60 million Chinese. It would also be insightful to be reminded how under the Obama Administration beginning in 2009 federal employee orientation sessions were used to label our Founding Fathers as domestic terrorists who ordered and targeted British government officials for assassination!

As former Soviet Union KGB Agent, Yuri Bezmenov, who had defected to Canada observed as he lectured to audiences in America that his comrades would have been amazed to see the level of socialist influence that was underway in America during the 1980’s. Even though under the tutelage of President Ronald Reagan, who began a Constitutional reawakening of America the former KGB Agent warned US citizens that Russia had staged a decades long program of indoctrination targeting America, and it was succeeding! Now the Democrat Party is completely committed the exact goals of America’s Communist enemies! Yet, we have young people oblivious to the brutal lessons of history willing to give up their own country just to get their student loan debts paid for by the American taxpayer! And the diabolical plans against our nation continue!

James I would not have exposed Bernie Sanders with is pants down unless you wanted to undergo a starvation diet and in such case I think that would have worked!

When I read the title, I thought "gross". That undercover video I could do without seeing. ;o)

"I need some for the working hours"
2 minutes ago

"It is very difficult to tell who is with how and who are the bad guys, good guy. Or is it just a…"
6 minutes ago

February 17, 2020In western society, personal success depends on your complicity in a diabolical…See More
12 hours ago
0 Comments 1 Favorite

"But but but... Trump's Terrorists are being decimated! The Syrian government's offensive…"
15 hours ago

"I've read that Patient Zero and many after them did NOT hail from Wuhan, nor were they there…"
15 hours ago

"I actually hope the US has a bad outbreak, in the southern border states, the leftist millenials…"
15 hours ago