Reverse Discrimination in Dallas and the Old Black Victimization Dance 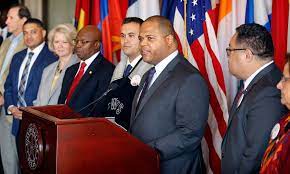 It all started in the 1980’s when live news stories of reported violent crime were almost always being committed by Black Americans so the Dallas City Council had to do something about that! So, they passed an ordinance preventing the race of an assailant, suspect, defendant, or criminal on the loose on the premise that the color of one’s skin could be detrimental to the public image of certain members of society. So, if a black man, or Caucasian man, or Latin man rob a liquor store, they’re wearing a red shirt and they are approximately 5 foot 10 inches tall and you don’t describe skin color will that be in favor of the criminal? Will witnesses be hard pressed to identify? 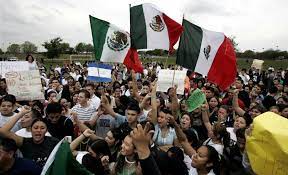 I started to see this trend when it came to the incredible tolerance of the Dallas PD to illegal immigrants committing all kinds of crimes. My brother was driving my Ford work van when he got T-Boned by an illegal alien, an illiterate Mexican with no driver’s license. Had that been me, I would have been arrested for failure to ID, but illegal aliens seem to get preferential treatment. The Dallas police officer very patiently explained about the court date on the ticket he issued and the driver at fault was allowed to leave the scene of the accident while I got to pay for hundreds in car repair. Of course, he never showed up in court! 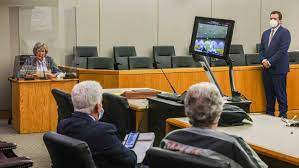 Another sad story and an unsympathetic system

I had finished work late one night and on the way home stopped at the now defunct Turtle Dove Tavern for a drink or two to relax my adrenaline before heading home and going to sleep. A waitress there and I got to talking and she told me how she had gotten raped just outside of her apartment not far away from work there after getting out of her car to come in. She was grabbed and dragged to a grassy lot that bordered on the apartment parking area and raped in the darkness. She said the bastard didn’t even speak English. When she reported it to the police and the apartment complex owners she was basically shrugged off with some comment about join the club! Since a lot of illegal aliens were in the Northwest Highway area in a “Little Mexico” community where crime and gunshots reigned after dark. 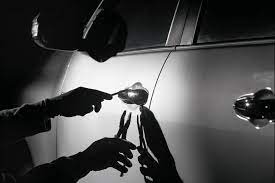 I was doing some work at a very nice North East Dallas custom built home with an enclosed garden in the center of the house. Beautiful place it was. The owner told me how he had his car stolen three times in a row by black teenagers whom had rap sheets a mile long, were never incarcerated, and were constantly on probation. He said it was getting to be a regular event walking out of his front door to go to work and seeing his Lincoln driving down the street with a punk at the wheel. He got mad at the police who told him they were simply overwhelmed and were forced to let these kids remain in perpetual probation! His only parking was a rotunda driveway and even in an excellent neighborhood he had no assurance being in the vicinity of an older predominantly black neighborhood. This was near Richland Junior College.

I was on location at one of my corporate core of commercial accounts in downtown Dallas and a friend of mine had just gotten back from the hospital. We usually visited when I would come out there on my scheduled weekends to work. He worked the late shift and got off at 9:00 PM on weekdays. He had gone out for a late dinner in Neighboring Deep Ellum, a supposedly historical place where bars and nightclubs are situated. Problem is, there are street crimes there that go unreported because local owners don’t want bad news to discourage their patronage. 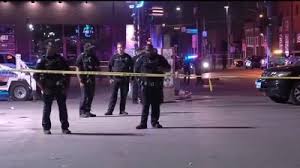 Caught in a crossfire!

So, he’s one of the last people out. Just finished a few drinks and dinner. As he walks to his car he notices a black teen no older than 16 years of age already broken into his car. The kid shoots him in the leg and he falls to the ground. Now the bar tender who heard the shot comes out with his own hand gun and the two begin a gun battle with my buddy laying there bleeding in the street. Finally, the punk starts up his car and tries to run him over as the bar tender tries to run after the car still firing shots. I have talked to others who told of an instance where everyone was walking back to their car after a club let out and a black man comes out of nowhere stands there with a pistol and fires overhead and everyone hits the ground. He then calmly walks away. You can tell this happened in the 90’s as it it had been today several people would have been shot. 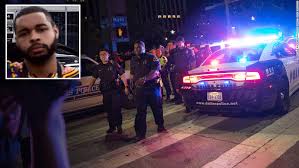 In 2015 when 5 Dallas police officers were killed while standing guard for BLM protesters in the downtown area, a black former US Marine perched in a parking lot building began firing with a number of weapons and ammunition. One black woman who hated the police admitted in tears that it had been a white policeman who had taken her to cover as she had been caught out in the middle of the street. After he got her safe behind a car he was struck by an M-16 bullet and killed. One might recall that Barack Obama appeared at the burial ceremony of the fallen officers and began his arrogant gun control rhetoric as the families grieved and were forced to bite their tongues. 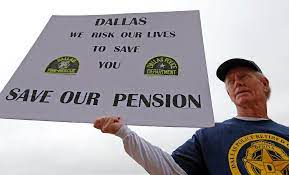 A familiar and unwanted pattern

Inevitably, what happens in large US towns when minorities rule the city council who are defunding the police, misappropriated money, city  services that never seem to be run right, school districts that are under performing, and plenty of finger pointing at these armies of right wing extremists and bigots who seem to constantly come of out the woodwork according to them! Case in point, it has been discovered that the Policeman’s City Pension fund is missing, perhaps millions, and will be unable to accommodate those retiring officers who depended on it. Now Dallas police personnel are going to other cities who provide better pay, less risk, and better support for their men in harm’s way. The urban decay never seems to be addressed but it’s always blamed on somebody else, but not the incompetent city council leaders. 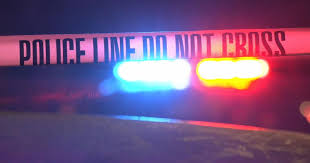 Here is a newspaper article I read from the Dallas Morning News, a despicable anti-Trump pro-Democrat piece of propaganda garbage. A black woman had been shot by her live in criminal boyfriend in the back of the head. The majority of her face had been blown off when the 9 mm bullet exited. Somehow she had survived. So a Dallas team of trauma surgeons had managed to rebuild her face, but there was only one problem. Since her nose had been completely destroyed by the bullet her boyfriend had fired, there was no bone there for them to anchor the plastic surgery fashioned nose. So they were forced to use a prosthesis that had to be attached artificially to an embedded magnetic base so she would never look completely natural again. Sadly, when a community of people refuse to clean up their own messes and look to blame others instead, generations of this kind of behavior are created. 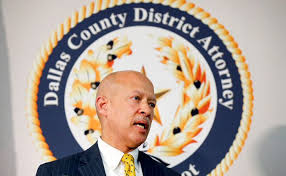 This is but a very small sampling of these kinds of incidents that go largely unreported as they are not politically in alignment with the Democrat voting majority of Dallas County. A Dallas County District Prosecutor whose campaign was funded by George Soros “Let’em Go Creuzot” is constantly using race baiting and white privilege as what he calls the reasons behind so much violent crime. He conveniently leaves out the plight of the victims in his sympathy for the thugs. Thanks to this Soros maggot no minors apprehended for theft undet $1,000.00 will be charged!

steve commented on Doc Vega's blog post This is What Happens When You Abandon Your Allies in Afghanistan
"11 Jun 2016Washington, D.C is when this took place sooooo once again IT IS 2022 why bring it up…"
3 hours ago

"I would rather be a "loud mouth" than a pathetic whiney little bitch, maybe you could go…"
4 hours ago