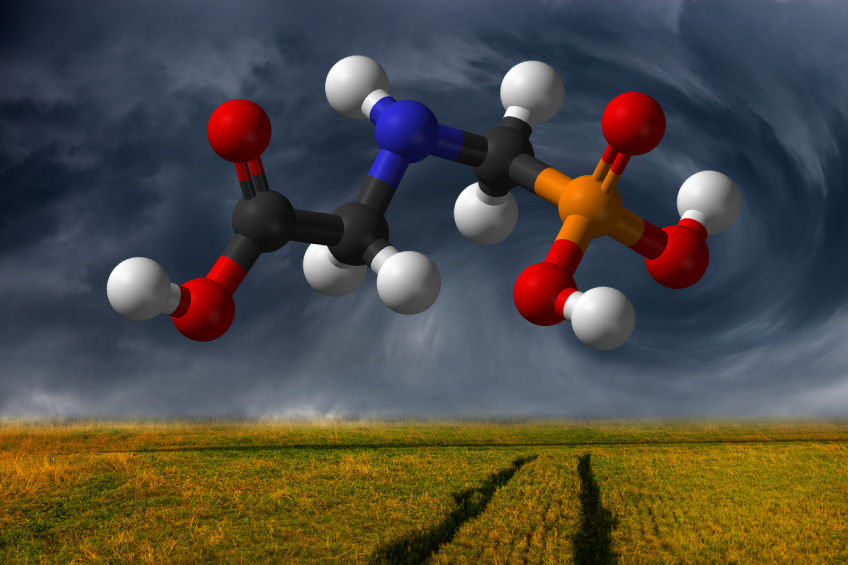 The GM farming system has made exposure to Roundup herbicide a daily fact of our existence, and according to the latest US Geological Survey study its probably in the air you are breathing...

A new study from the U.S. Geological Survey, accepted for publication online ahead of print in the journal Enviromental Toxicology and Chemistry, titled, "Pesticides in Mississippi air and rain: A comparison between 1995 and 2007,"[i] reveals that Roundup herbicide (aka glyphosate) and its still-toxic degradation byproduct AMPA were found in over 75% of the air and rain samples tested from Mississippi in 2007.

The researchers evaluated a wide range of pesticides currently being used through weekly composite air and rain sampling collected during the 1995 and 2007 growing seasons in the Mississippi Delta agricultural region.

The researchers discovered the following:

According to the report, 2 million kilograms of glyphosate were applied statewide in 2007, or 55% of the total herbicide flux for that year (~129 μg/m2), leading them to state the high prevalence of glyphosate in air and water "was not surprising."  Even though glyphosate was only tested in 2007, based on the 1995 figures on glyphosate use (147,000 kg state-wide) the researchers estimated that glyphosate added 3% of the total herbicide flux for 1995, or approximately 7 micrograms per centimeter (~7 μg/m2) per sample. This estimate, if correct, reveals that there has been an ~ 18 fold increase in glyphosate concentrations in air and water samples in only 12 years (1995-2007).

The researchers pointed out that, "the 2007 weekly air concentration pattern for glyphosate was similar to those of other commonly detected herbicides in both 1995 and 2007 in that the highest concentrations occurred in April and May. However, there were detectable concentrations of glyphosate over the entire growing season, which is consistent with how glyphosate is used on GM crops, including for post-emergent weed control throughout the growing season."  The longer period of exposure adds to growing concern that this ubiquitous toxicant represents an unavoidable body burden and that even small daily environmental exposures may be causing significant harm through their cumulative and synergistic effects with other toxicants.

So, what is the toxicological significance of the discovery of glyphosate in most air samples tested? In the month of August, 2007, if you were breathing in the sampled air you would be inhaling approximately 2.5 nanograms of glyphosate per cubic meter of air. It has been estimated the average adult inhales approximately 388 cubic feet or 11 cubic meters of air per day, ... Read on at Source

We need a "class action lawsuit" against these blood sucking vampires poisoning our air, our water, our food - not to mention our health - and more especially our children's health.

But wait - where is the EPA and all the Democrats who should be screaming about how this is polluting our air - our environment and how they need to be prosecuted with huge fines and penalties??!!

Companies guilty of genetic corruption of food crops and poisoning the nature, food and people must be sued for GENE CRIMES.

"You are absolutely right! When we have a godless government there is no righteousness only…"
2 hours ago

"Poor cat and before breakfast!"
9 hours ago