Socialism the True Opiate of the Masses

The cost to relieve student loan debt was 1 trillion dollars. The cost for the entire deceptively worded Democrat bills such as “build Back Better” etc. more than half a trillion do not include taxpayer dollars for the Ukraine war with Russia!  These expenditures do not include money given to the Ukraine in its war with Russia. Despite the fact that the US dollar is headed for collapse and even worse, will lose status as the global reserve currency. In all this, the common denominator is the Democrats buying votes through deficit spending, allowing our borders to be opened to invasion by illegal immigrants, but the use of irresponsible fiscal measures in order to dissuade workers from earning their money through employment, and you’ve created addiction. The addiction is to big government spending that is killing small business employment and the private sector industry capacity. The cake that the masses are eating will soon be up in smoke! 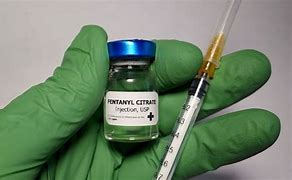 This is even worse than the fentanyl crisis that has caused more than a 100 thousand overdose deaths. As this addiction to free money, fiat currency created by the Federal Reserve ensures a massive economic failure that free government handouts will not remedy! The addiction is a created dependency on bureaucratically orchestrated incentive to collect government money rather than work! I’m not talking about disabled, veterans, or the elderly SSI entitlements, but it’s the politically designed over spending that Democrats are using to buy votes and remain in office indefinitely. Haven’t they done enough damage already? Will there even be an America in existence by the next election? These are valid concerns! 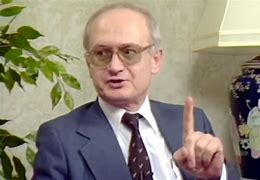 None of this would have been tolerated years ago when there was good enough public education in civics and American history for the young to be able to learn and evaluate so that they would recognize what the government was doing to the country, but not anymore. When you have college students on campus who can’t make a distinction between capitalism and free enterprise and Communism? It seems all strategic footholds have been reached: demoralization, indoctrination, and finally destabilization. The Communist playbook has been skillfully unleashed upon America by the Democrats! As former KGB agent, Yuri Bezmenov jokingly added the last phase of the Russian scheme of overthrow was “Normalization” when the enemy’s troop trucks and tanks were on the streets! Are we at that phase yet? Take a look at the barbed wire barricades at Washington DC with heavily armed tactical police, and ask yourself if we are not already there! 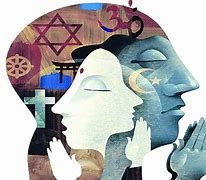 They once said that Christianity was the opium of the masses. Why? Because radicals who wanted their amoral ways didn’t want the limitations of right and wrong held within government. Today the federal government teaches employees in training that they are not to adhere to religion or belief in God, especially those who will go into combat. They teach these future government workers that the Founding Fathers were the true dangerous radicals who caused a war with England and ordered the assassination of British official in office portraying a one-sided version of US history. They conveniently overlook the violations of personal freedoms, de process of law, search and seizure abuses, and the general oppression of the Royal Crown that spurred anger and rage among the colonists. Over regulation, taxation without representation, violation of personal freedom, the very crimes being imposed on us today by the Democrat majority Congress and incompetent fool in the Oval Office! the words of Karl Marx remind us of the enduring lie.

There might as well be opium raining down from the skies when the people refuse to take interest in their government, refuse to learn from the mistakes of history, and immerse themselves in pleasure as Rome crumbles and burns! We are seeing it! We are living it! It is happening right before our eyes as the mainstream media lies, denies, and the brainless sheep comply. If America entered war the loss of 100 thousand lives would be unacceptable to the public, but if it’s caused by fentanyl over doses, vaccine injury, medical malpractice, or prescription drug side effects somehow this is acceptable!  The cost of lives lost to war is actually less than those of us already being murdered at home on our own soil! What is the solution? Vote these Communist bastards out of office? Oh, sure! How long will it take for the sleep walkers to realize that the federal government is out of control? There is treason deeply embedded within Capitol Hill that is the Deep State. You know the Deep State that the Democrats and mainstream media constantly tell us doesn’t exist? 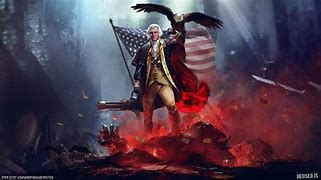