The year is 1949. A US Air Force pilot in his F-51 Mustang is in hysterics as he tries to land his fighter plane. He has been severely harassed by a UFO that he has been forced to dodge repeatedly. He radio's the San Antonio Air field for a landing and is met as soon as he taxies in by a USAF intelligence officer for a debriefing. This will soon be come a strange norm among military aviators in the years to come. 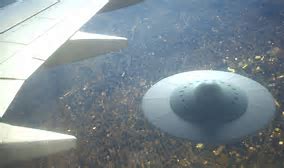 The year is 1950 and as the Korean War rages two pilots in their F-86's are on a search and rescue training mission. One pilot flies at a higher altitude and while the other flies low over the deck. The flyer in low altitude mode sees below him what looks like a parachute canopy but instead of moving downward this thing is moving directionally and picking up speed! He begins trailing the mystery object now having to go into after burner to keep from being out run. He radios his partner but can't raise him due to his lower altitude. The elliptical object is getting away so he charges his six wing to wing 50 caliber machine guns and fires several rounds at 1,000 yards with no affect upon the object observed.

After returning to base the pilot is called on the carpet by the "Bird Colonel" for an explanation as any discharge of ordnance must be reported and justified. After hearing the officer's story his commanding officer threatening to court martial the pilot burned the report, but an intelligence officer kept a copy of it and forwarded the file to Captain Edward Ruppelt at Project Blue Book. Other than that, the incident would have been long forgotten and no significant information would have come of it. Why would anything demonstrating aerial superiority have been overlooked by our military defenses? 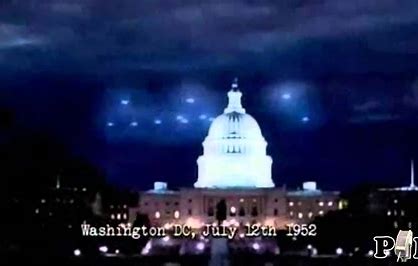 The year is 1952, and in the summer of that year a series of engagements with UFO's violating forbidden air space over the White House have occurred! In the midst of the Korean War the flying saucers make top headline news as all nearby bases such as Bolling and Andrews AFB are tracking unidentified's on radar while airline pilots report unknown air traffic that could prove dangerous to incoming or outgoing flights. On several occasions F-94 C Starfire Jets were scrambled from New Castle AFB to investigate, but radar operators claimed that once the jets entered their scopes the blips on their radar sets disappeared. However, on one occasion during the night of July 26 thru 27th Captain Mc Hugo and his wingman were alerted and conducted a search. This time wingman, Lieutenant William Patterson spotted the UAP's and gave chase. According to Air Force spokesman Albert Chop, Lieutenant William Patterson, did see four white "glows" and chased them. He later said that "I tried to make contact with the bogies below 1,000 feet. I was at my maximum speed...I ceased chasing them because I saw no chance of overtaking them." According to Albert Chop, when ground control asked Patterson "if he saw anything", Patterson replied "'I see them now and they're all around me. What should I do?'...And nobody answered, because we didn't know what to tell him.

Those tense moments in the Washington National radar room with Major Dewey Fornet USAF Flight Engineer from Project Blue Book, Senior Controller Harry Barnes, and Press Officer Al Chop all at a loss for words then heard Lieutenant Patterson state that the objects were backing off. An unknown aerial intruder demonstrated air superiority, was able to evade radar detection, and then after flying evasively whenever pursued by the Air Force interceptors, suddenly became aggressive as if to display that they were capable of attack if provoked. Yet, in a press conference the next day, the largest military conference since WWII, General John Samford said some of the UFO's might have been thermal inversions or (Weather targets) as usually named. The head of military intelligence stated that UFO's were not considered to be a threat to national security even though they did not know what they were! 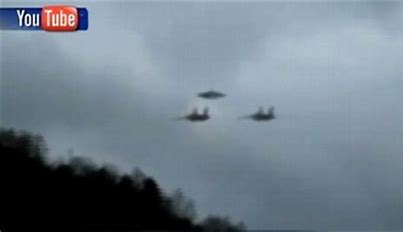 In lieu of that public explanation, Senior Controller, Harry Barnes stated that there were no problems with his radar units that had been thoroughly checked out and that his veteran radar officers had made contact with solid objects, not weather targets! Captain Ed Ruppelt had somehow been kept out of the loop being denied the per diem he needed to fly into Washington National and attend the press conference. Some have speculated that the US Air Force did not want his opinion to be voiced at the event. Lieutenant Patterson was carefully debriefed but that interview has never been made public! Yet, the incident was not considered to be a threat to national security when the USAF was incapable of defending White House air space while keeping a debriefing secret for more than 60 years? If there was nothing to the incident then why the secrecy? 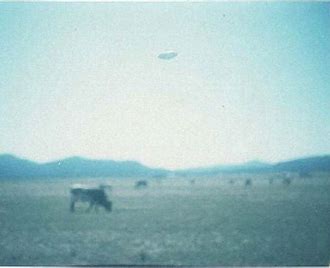 In 1952 a "UFO Flap" existed. Flying saucers, UAP's, UFO's, flying disks, were seen all across the nation to the point of the American public practically being provoked into a state of panic. According to Frank Freschino's book entitled "Shoot Them Down" many pilots and their planes disappeared or crashed in pursuit of UFO's. According to General Benjamin Chidlaw in 1965 who headed SAC (Strategic Air Command) There had been 3,000 attempted intercepts by that time and many pilots and their aircraft had been lost. According to General Curtis Le May there were things that happened when he was commanding SAC that could not and would not ever be explained on the subject of UFO's.

According to Air Marshall Lord Dowding whose strategy defeated the Luftwaffe in 1940 during the Battle for Britain, man's next great war would be with an extraterrestrial enemy! General Douglas Mac Arthur echoes the same conclusion on 2 different public occasions. One of those occasions was at West Point. He believed mankind's greatest nemesis constituting a global conflict would be an interplanetary opponent threatening our existence. With all of these top military leaders proclaiming the seriousness of the UFO problem why was the threat assessment so overlooked or unrecognized for reasons of unknown origin or intention? 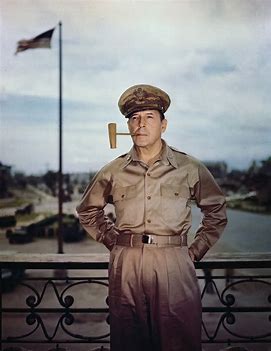 When General Nathan F. Twining stated that UFO's were not imaginary but were some type of aircraft capable of high performance above speeds of 300 mph. and also able to elude the best fighter planes that existed at the time (1947) in lieu of the Roswell Crash in New Mexico, why was the US military so reticent to respond to a potential threat? The only other plausible explanation could be either that a foreign nation could have been suspect or that if a civilization from another world were involved then public morale had to be taken into consideration as a mass hysteria factor had to be anticipated! Has mankind been faced with a threat that had to be negotiated with due to our technical inferiority? Some experts, former military, some intelligence analysts, and even some former politicians have voiced concern and even knowledge along these lines. Here we are in the present still being outclassed and left without a clue. Yet, a new threat assessment has been undertaken. What will they admit next? 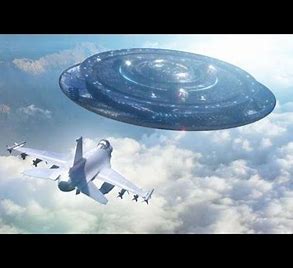 Amanda Vollmer,  a doctor of Naturopathic Medicine has the clearest and relevant expression of…See More
22 minutes ago
0 Comments 0 Favorites

"Yeah! There's a dose of reality for yuh!"
7 hours ago

"WTF is anyone with a brain thinking about American leadership at that summit?"
9 hours ago

"Damn that's funny but having this ass clown in office isn't!"
9 hours ago

"I believe this will go down as my all-time favorite."
13 hours ago