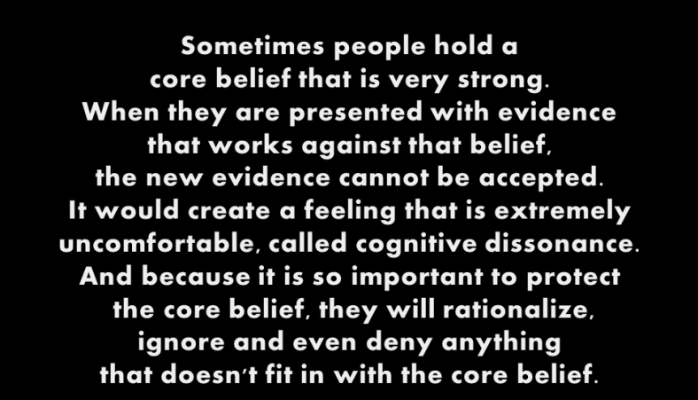 In this column I am going to use three of the current top news stories to illustrate the disconnect that is everywhere in the Western mind.

Let us begin with the family separation issue. The separation of children from immigrant/refugee/asylum parents has caused such public outcry that President Trump has backed off his policy and signed an executive order terminating family separation.

The horror of children locked up in warehouses operated by private businesses making a profit off of US taxpayers, while parents are prosecuted for illegal entry, woke even self-satisfied “exceptional and indispensable” Americans out of their stupor. It is a mystery that the Trump regime chose to discredit its border enforcement policy by separating families. Perhaps the policy was intended to deter illegal immigration by sending the message that if you come to America your children will be taken from you.

The question is: How is it that Americans can see and reject the inhumane border control policy and not see the inhumanity of family destruction that has been the over-riding result of Washington’s destruction in whole or part of seven or eight countries in the 21st century?

Millions of people have been separated from families by death inflicted by Washington, and for almost two decades protests have been almost nonexistent. No public outcry stopped George W. Bush, Obama, and Trump from clear and indisputable illegal acts defined in international law established by the US itself as war crimes against the inhabitants of Afghanistan, Iraq, Libya, Pakistan, Syria, Yemen, and Somalia. We can add to this an eighth example: The military attacks by the US armed and supported neo-Nazi puppet state of Ukraine against the breakaway Russian provinces.

The massive deaths, destruction of towns, cities, infrastructure, the maiming, physical and mental, the dislocation that has sent millions of refugees fleeing Washington’s wars to overrun Europe, where governments consist of a collection of idiot stooges who supported Washington’s massive war crimes in the Middle East and North Africa, produced no outcry comparable to Trump’s immigration policy.

How can it be that Americans can see inhumanity in the separation of families in immigration enforcement but not in the massive war crimes committed against peoples in eight countries? Are we experiencing a mass psychosis form of cognitive dissonance?

We now move to the second example: Washington’s withdrawal from the United Nations Human Rights Council.

On November 2, 1917, two decades prior to the holocaust attributed to National Socialist Germany, British Foreign Secretary Arthur James Balfour wrote to Lord Rothschild that Great Britain supported Palestine becoming a Jewish homeland. In other words, the corrupt Balfour dismissed the rights and lives of the millions of Palestinians who had occupied Palestine for two millennia or more. What were these people compared to Rothschild’s money? They were nothing to the British Foreign Secretary.

Just the other day Trump’s UN ambassador Nikki Haley, the crazed and insane lapdog of Israel, announced that Washington had withdrawn from the UN Human Rights Council, because it is “a cesspool of political bias” against Israel.

To criticize Israel, no matter how great and obvious is Israel’s crime, means that you are an anti-semite and a “holocaust denier.” For Nikki Haley and Israel, this places the UN Human Rights Council in the Hitler-worshipping Nazi ranks.

The absurdity of this is obvious, but few, if any, can detect it. Yes, the rest of the world, with the exception of Israel, has denounced Washington’s decision, not only Washington’s foes and the Palestinians, but also Washington’s puppets and vassals as well.

To see the disconnect, it is necessary to pay attention to the wording of the denunciations of Washington.

A spokesperson for the European Union said that Washington’s withdrawal from the UN Human Rights Council “risks undermining the role of the US as a champion and supporter of democracy on the world stage.” Can anyone image a more idiotic statement? Washington is known as a supporter of dictatorships that adhere to Washington’s will. Washington is known as a destroyer of every Latin American democracy that elected a president who represented the people of the country and not the New York banks, US commercial interests, and US foreign policy.

Margot Wallstrom, Sweden’s Foreign Minister, said: “It saddens me that the US has decided to withdraw from the UN Human Rights Council. It comes at a time when the world needs more human rights and a stronger UN – not the opposite.” Why in the world does Wallstrom think that the presence of Washington, a known destroyer of human rights—just ask the millions of refugees from Washington’s war crimes overrunning Europe and Sweden—on the Human Rights Council would strengthen rather than undermine the Council? Wallstrom’s disconnect is awesome. It is so extreme as to be unbelievable.

Australia’s Foreign Minister, Julie Bishop, spoke for the most fawning of all of Washington’s vassals when she said that she was concerned by the UN Human Rights Council’s “anti-Israel bias.” Here you have a person so utterly brainwashed that she is unable to connect to anything real.

The third example is the “trade war” Trump has launched against China. The Trump regime’s claim is that due to unfair practices China has a trade surplus with the US of nearly $400 billion. This vast sum is supposed to be due to “unfair practices” on China’s part. In actual fact, the trade deficit with China is due to Apple, Nike, Levi, and to the large number of US corporations who produce offshore in China the products that they sell to Americans. When the offshored production of US corporations enter the US, they are counted as imports.

I have been pointing this out for many years going back to my testimony before the US Congress China Commission. I have written numerous articles published almost everywhere. They are summarized in my 2013 book, The Failure of Laissez Faire Capitalism.

The presstitute financial media, the corporate lobbyists, which includes many “name” academic economists, and the hapless American politicians whose intellect is almost non-existent are unable to recognize that the massive US trade deficit is the result of jobs offshoring. This is the level of utter stupidity that rules America.

In The Failure of Laissez Faire Capitalism, I exposed the extraordinary error made by Matthew J. Slaughter, a member of President George W. Bush’s Council of Economic Advisers, who incompetently claimed that for every US job offshored two US jobs were created. I also exposed as a hoax a “study” by Harvard University professor Michael Porter for the so-called Council on Competitiveness, a lobby group for offshoring, that made the extraordinary claim that the US work force was benefitting from the offshoring of their high productivity, high value-added jobs.

To sum this up, the Western mind, and the minds of the Atlanticist Integrationist Russians and pro-American Chinese youth, are so full of propagandistic nonsense that there is no connection to reality.

Contributed by Paul Craig Roberts of Institute for Political Economy.

Paul Craig Roberts was Assistant Secretary of the Treasury for Economic Policy and associate editor of the Wall Street Journal. He was columnist for Business Week, Scripps Howard News Service, and Creators Syndicate. He has had many university appointments. His internet columns have attracted a worldwide following. Visit his web site at the Institute for Political Economy.

This article has been posted with permission from Dr. Paul Craig Roberts.

CNP is made up of "a few hundred of the most powerful conservatives in the country." The New York Times ; doesn't sound quite as a grass root movement

If members of the corporate media like New York Times supports them, it cannot be good.

"CNP members...Jack McLamb, Dr. Stanley Monteith, Cliff Kincaid, Paul Craig Roberts...Dr. Jerome Corsi, Larry Pratt, Dr. Michael Coffman, Bob Barr  is just a few of the more popular names — especially among followers of the “alternative” media — who are members of the ultra-secret Council for National Policy (CNP). If you have never heard of this organization before, don’t be surprised because it’s almost never mentioned by the media, and especially not by those “big names” in the alternative media who regularly feature CNP members as guests on their show...The group’s initial funding was provided by Rockefeller associate Nelson Bunker Hunt. Hunt and the Rockefeller family also played a leading role in the financing of the John Birch Society...Surely anyone who has done their homework knows that the Left vs. Right argument is a ruse, and that whether somebody in a position of power claims to be “liberal” or “conservative” they are still — knowingly or unknowingly — working toward the furtherance of the globalist, one world agenda...While the CNP may not be as powerful as other globalist NGOs, they are powerful in their control over the so-called conservative movement in this country, which ties in closely with the “patriot” movement and alternative media, which many people rely on to deliver them what they believe is “the truth.”...The elite control and administer every side of every issue and debate, and the more people wake up and realize how this control is exercised, the less likely they will be duped by the controlled opposition that’s put out there to lead them in circles, while keeping them neutralized with endless fear-mongering and disinformation...The Council for National Policy(CNP), is an umbrella organization and networking group for social conservative activists in the United States...Membership is by invitation only...Members are instructed not to refer to the organization by name, to protect against leaks...Members include corporate executives, legislators former high ranking government officers, leaders of ‘think tanks’ dedicated to...plotting the overthrow of governments" Quotes from Follow the Money website:

"First of all I as an American am very insulted by the things that the man says in this video. Who…"
34 minutes ago

"I think that the man that went to these hospitals in Dayton went about it in the wrong way. He was…"
2 hours ago

cheeki kea commented on James Roberts's blog post "Coronavirus" - My Theory (Rapid-Onset Autoimmune Disease)
"The blood is in a sterile Environment, but it could become septic. Blood only contains antibodies…"
5 hours ago

James Roberts replied to Keisha Ruan's discussion No Covid-19 Overwhelming Here Yet.
"I think it was Alibaba I was looking on, plenty of sellers of hydroxychloroquine there."
5 hours ago

James Roberts favorited MAC's discussion The People Must Be Shown First, They Must Understand, Then The Arrests
5 hours ago

James Roberts commented on Keisha Ruan's blog post Work Force Giving us Notices on Martial Law
"Fixed it for you. Thanks for posting."
6 hours ago

James Roberts favorited Chris of the family Masters's blog post Go Ahead and Line Up to Take the Death Shot!!! - 'PUBLIC NOTICE' (comments by Mr.Ed & Video)
6 hours ago

"More food for thought. "
7 hours ago

"The sick and the dead won't turn up until they get the covid vaccination First. Then, as a…"
7 hours ago

"And Trump and the Democrats are in on it."
8 hours ago

"Thanks, stormy. That's 30 miles north of me. This is just a big power and money grab by Jewish…"
8 hours ago