The Jab Will Kill You! When are you going to Figure that out?

Almost every person I’ve talked to that has gotten the Covid 19 vax has justified their decision saying that they were advised by their doctor to do so. Many will even go as far to say they are aware of both sides of the argument against taking the so called vaccine. Even when those who have been vaccinated are contracting Covid 19 anyway or are infecting those people who were unvaccinated and in perfect health still those knowing this got the shot anyway? Yet, the calls for more booster shots go on by political and healthcare officials as well as more masking and vax mandates using scare tactics goes on! 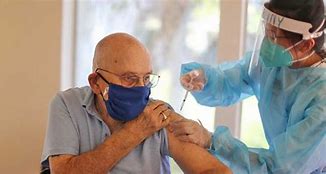 Once again, we see how the public is either bullied into taking an untested, high risk shot or they are shamed into it by accusing those who are unvaccinated as being potential spreaders or irresponsible for not complying, or we have the news telling us about new cases of the corona virus, but not deaths or hospitalizations because such statistics would not support the demand that all people submit to this flawed and dangerous program. Furthermore, we have little admission by the authorities that more people have died or been injured by the shot than by the virus itself! Propaganda and asymmetrical warfare are the tactical measures being used on the general public to comply with a dangerous health policy proven to have caused massive injury and death! Still, the sheep, the easily influenced, the willing subjects of the rulers will always give in, even if it means their lives!

Society has long been dumbed down, conditioned, and poorly educated intentionally for the implementation of social engineering. Whether it be the vast and incessant advertisement of food that contains fat, hydrogenated vegetable oil, artificial color, artificial flavoring, sugar, and modified food starch, all at the very heart of most fast food, to unknown adulterants that could be poisonous. It seems the FDA is undeterred in the approval of unsafe drugs, food additives, and other products of questionable nature that could cause potential harm. If one cares to consult the huge donations to the election campaigns of senators and congressmen, the money trail inevitably identifies who passed which legislation that allowed drugs many times more powerful than heroin or morphine to be sold as easy to obtain pain killers that are so addictive that many people become homeless and even criminal in their compulsion to continue using. 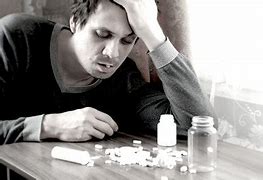 How did Americans become so benign and apathetic that they allowed their government to become the only party in our society whose rights are protected as terrorists are hired by the Democrats to destroy public property so that they can remain in power through intimidation as Blue States and their cities are destroyed and police are defunded in the process, and yet, somehow the very politicians who advocated these destructive policies get re-elected over and over again. Take, for instance, the state of California as the poster child for the consequence of Democrat long range social planning.

Massive losses of natural lands to wild fires, high cost of electrical power that has become unreliable, food shortages thanks to growers forced to deal with government implemented water shortages, state environmental measures that re-routed a fresh water river back into the ocean while dams and irrigation are discouraged, the uses of environmental regulatory costs that tack on a billion dollars to the opening of new plants further discouraging jobs, while illegal aliens run amuck and immigration law goes unenforced by state agencies. Government has destroyed a beautiful and prosperous state and have rendered it into a disaster ridden region with only a rich and poor class as the middle class has been purged by the failure of Democrat policy. This same government sanctioned rule will ultimately mirror the horrific failures of California throughout America! Just as homeless tent cities that reside on the downtown streets stained with human excrement. America, the land of the free, or is it America the home of the illegal alien and land of the compliant cowards who allowed government to walk all over them?

If our elections were so fair and honest why have election officials refused to comply with subpoenas for evidence if the process was so flawless and free of corruption? Why would Covid 19 be such a tremendous concern for officials while they allow millions of untested and untreated illegal aliens from all over the world through our southern borders? This is because we are being blatantly lied to and our so called public officials have no more concern for the welfare of the people at large then they do the fetuses aborted at Planned Parenthood Clinics! Our politicians have no more concern for us than they do the wounded warriors they refuse to take care of while allotting 100 billion to relocate Afghan refugees who, once again, have not even been properly vetted.

Democrats proposing trillions in spending bills that are lengthy, intentionally confusing and not even funding but a tiny amount of what we are told they are supposed to be financing will cause massive inflation as they come up with more ways to increase taxes to pay for such idiotic fiscal mismanagement! The destruction of America will not happen at the hands of our enemies, terrorists who hate our way of life, or even due to natural disasters, but it will happen at the hands of our politicians who are dedicated to a siege upon the US that will end in chaos! All the while, largely allowed by a population of indoctrinated fools who stand by and do nothing, shrug their shoulders, refuse to take a stand, or continue to drift through their pathetic lives offering no solutions as life becomes more and more intolerable! Why would the taxpayer funded government run school system refuse to teach the US Constitution? Because, it teaches that “We the People” are in charge and that the job of our egotistical, lying, governors, mayors, and Capitol Hill residents is to represent what the people want, not the deals they can cut for themselves with whatever corporation or foreign government that will fund their re-elections or deposit money in their offshore accounts! So today we are taught to mock Christians, to characterize patriots as extremists, and those who say they have medical rights that are violated by mandates as being disease spreaders! 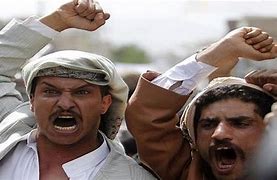 Our new role models are the politicians who want to release cop killers from prison. We are to hail those career politicians whose districts are marked by drug addicts who can mainline in public leaving their needles on kid’s playing fields. We are told that foreign radical Muslims can take office in Minnesota and call to abolish police departments while forming “No Go” zones where local laws don’t apply and Islamic thugs can beat, rape, and intimidate women without reprimand or consequence. You might even want to ask where are all those feminists on the Democrat side who advocate women’s rights in view of this? Oh, that’s right, a woman’s rights are best represented when she can abort her baby at any stage of the pregnancy! Who cares about the rights of the unborn! This is the America you helped to transform by doing nothing!

The biggest problem is that none have been smart enough to figure out why your 'profession' or 'work' (prefered or otherwise) is named after that book in the Bible...namely 'JOB'!

Because then you'd have to face yourself and your lack of faith and thanklessness and ungratefullness and actually take the time to learn something from the man Job himself!

It's much easier to hold on tightly to that 'pride' (which is before a FALL!) and spend your precious time and energy on meaningless unfruitful unfulfilling 'belly wants' and desires of your temporary sinful flesh.

Ignore and laugh and mock your Father and Creator in Heaven who created everything and gives freely and stay trapped in your adversary's pointless depressive 'deadlights' and continue to wonder why you get exactly what you are 'truly' asking for and deserve. Planet of  empty shallow narcissistic 'god wannabies' trying to Lord your wasted lives and existence over another as if you impress someone. Gaggle of ingrates.

I was watching a spokesman for the Pacifica community explain his vaccine roll out failure on national TV recently and was stunned to hear him actually say outright " that a big part of the problem is that our people are very spiritual and they believe this is the mark of the beast" It was the first time I ever heard someone on MSM state the cold hard blunt truth of the matter for all to see and hear- and get away with it. There's a tiny, tiny, element of hope. Thumbs up to the islanders in this case.

" I wonder who's behind all this shit. According to this rumble vid.... I think we know…"
6 hours ago

cheeki kea commented on Chris of the family Masters's blog post The vaccinated sheep are being taken for a ride; how long before they jump off the train? Never?
" I guess they will let them jump off the train when the cull quota is close to being…"
10 hours ago

Whore Us and the whore cops!