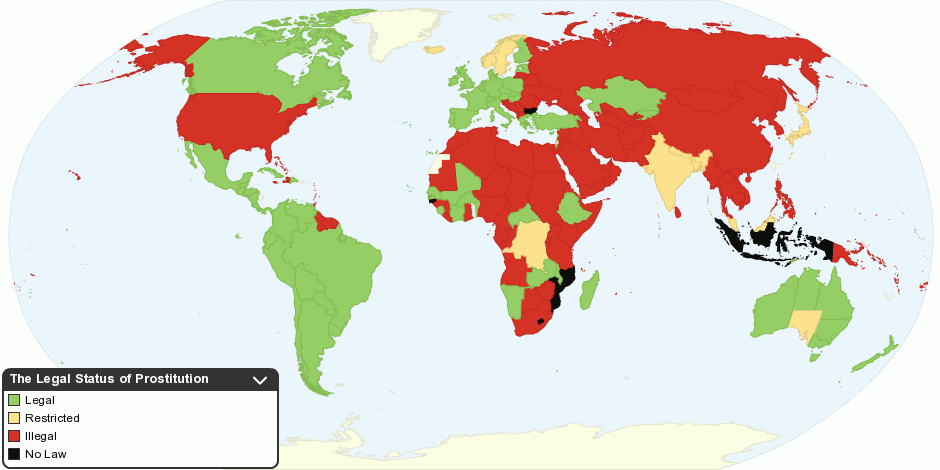 The World’s Most Lucrative Business Markets 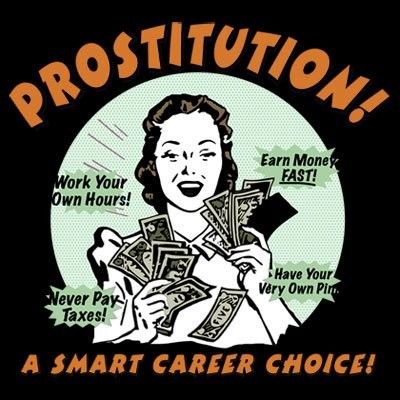 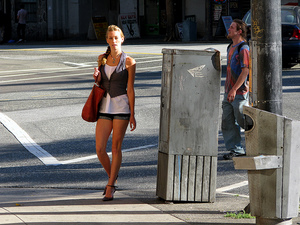 Hundreds of girls rescued from traffickers in Britain are snatched ... 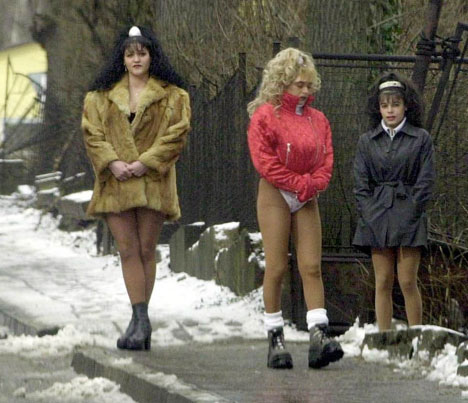 Legalizing one of the oldest professions in the world by: Vegas Bob

How The Recession is Impacting Crime

A Brief History of Prostitution 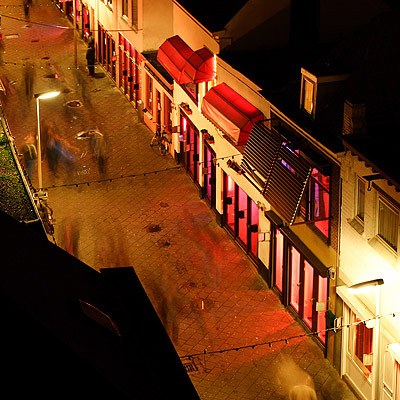 So students are turning to prostitution?

Report Says Students Would Turn To Prostitution In Berlin

Irish students turn to prostitution to pay for class

PROSTITUTION AS A STUDENT JOB - ALL OVER EUROPE

More than 500 Sydney prostitutes are offering unprotected sex to cl... 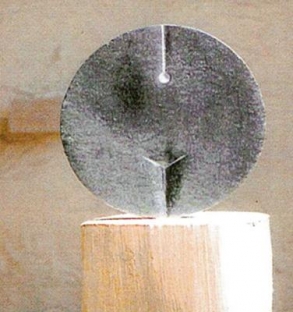 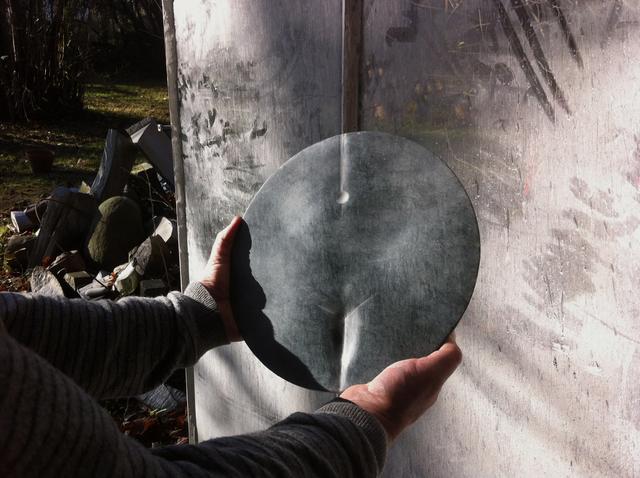 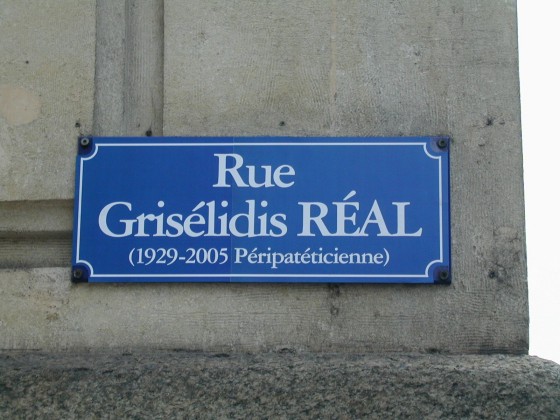 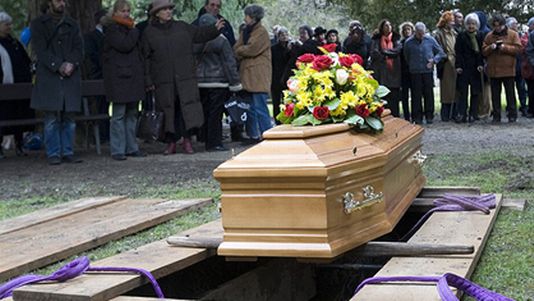 A girls got to do... what a girls got to do. I don't condone it but I understand why it happens. Desparate times lead to desparate measures when it comes to survival.  It is what it is and a sign of the times.

Prostitution has been around since the dawn of man, go figure.

6. Prostitution as a systemic Issue

6. Prostitution as a systemic issue

Prostitution as a system

Prostitution is not an isolated individual act. It is part of an organised system, which feeds on abuse, distress, failure, vulnerability and inequality[1].  There are multiple and overlapping abuses involved in prostitution.

A complex web of interconnected factors supports prostitution as a phenomenon. Some factors e.g. gender or social inequality will almost always be involved and others e.g. racism will feature more prominently according to location and social and cultural circumstances. Racism is evident for example in sex tourism where it ‘plays a vital role in helping the buyer to imagine the prostitutes he uses as Other, as outside, or beyond the rules which protect ‘good’ women and children.[2] Structural powerlessness will also be evident.

Research cites the following as some of the factors implicated in/linked to prostitution:

·       Sex industry arguments and marketing in a sexually saturated society[7]

Obviously not all women in poverty, or drug addiction or who have been abused become ensnared in prostitution. The interplay of push and pull factors is complex and unique to each individual.

The sex industry and globalisation

The sex industry is an international and expanding multibillion-dollar business operation. It can be understood as ‘the collection of legal and illegal businesses and single and multi-party operations that profit from the sexual exploitation of women, children and sometimes men….’.[8]

Sexual exploitation moves freely across locations and national borders in the same circulation patterns as drugs, weapons, finance, information, goods and services, and labour.[9] The globalisation of the world economy has been accompanied by the globalisation of the sex industry. This expansion is supported by the use of sophisticated new  communications technologies by pimps and predators.

Foundations for the global sex industry

The transnational sex trade is upheld by many factors. Key foundations are the cultural and societal structures of gendered violence; unequal gender and power relations; economic pull factors.

There is also the increasingly vocal so-called ‘liberal view’ that redefines certain forms of sexual exploitation such as prostitution as work. Proponents of this view seek to legitimate the selling of sexual “services” as commerce and reconstruct the female body as a commodity.[10] (see paper 5 on human rights)

The commercial sex market actively sets out to create new consumption habits. Prostitution and pornography work as part of this eroticised consumption culture with the aim of normalising the use of and demand for commercialised sex through marketing.[11] There is ample evidence around us on a daily basis of the use of sexuality, and in particular female sexuality, as a marketing strategy. The uncomfortable, disturbing reality is that the effect of the sex industry is the increasing normalization of domination, torture, cruel, inhuman and degrading treatment.

It is estimated that the number of human beings working in prostitution all over the world is ten million and growing[12]. This is happening on every continent. The disappearance of traditional social structures and the spread of the market economy have led to an explosion in the figures. Great disparities in income, anarchic economic development and social injustice are all factors in this expansion[13].

Globalisation has heightened disparities between men and women and between world regions. New regions enter the sex trade as their economic situation wax or wane.  Trafficking and the prostitution of women and girls are the fastest growing global businesses after drugs and arms trafficking. (see Ruhama’s forthcoming  paper on trafficking)

As Julie O’Connell Davidson  describes it,

‘We inhabit a world in which prostitution is the only thing that stands between millions of people and the absolute indignities implied by poverty (and this is true in affluent as well as poor countries)  ... a world which offers some of its children a choice only between being starved, beaten, raped and perhaps murdered on the streets and the same fate in a brothel or pimps shack’[14]

She points out that so long as we accept this situation, out of indifference or resignation, we all carry a degree of moral culpability for the institution and the damage of prostitution.

Ultimately the struggle to eliminate prostitution must engage with the broader political struggles to rid the world of poverty, racism, homophobia and sexism.[15] Governments need to recognize and acknowledge and do something about the direct relationship between their own social economic, educational and welfare policies and prostitution. Governments must resist calls to legalise prostitution and refuse to collude with the pimping and procuring of women and girls.[16]

At a global level, world financial institutions will have to acknowledge the relationship between the structural readjustment programmes and tourist development policies foisted on poor countries and the growth of prostitution. Taking steps to formulate less destructive ‘developmental policies is more than simply an urgent political priority… it is a moral imperative.[17]

Ehrenreich, B, and Russell Hochschild,  A, (2003), Global Woman: Nannies, Maids and Sex Workers in the New Economy,  London: Granta Books

Jeffreys, S., & Sullivan, M., ‘Legalising Prostitution is not the Answer: The Example of Victoria, Australia’ www.catwinternational.org

Jeffreys, S., (2003) ‘The legalisation of prostitution: a failed social experiment’. Paper given at Swedish Mission side event at the Commission on the Status of Women, United Nations, New York 5/03/03. see www.sisyphe.org

Hughes, D., ‘Pimps and Predators on the Internet:Globalising the Sexual Exploitation of Women and Children’., CATW online resource library, http://action.web.ca/home/catw/readingroom

[5] McGee, H., et al (2002), drug addiction is often implicated but it is unclear whether this is a causal factor or whether, in fact, women working in prostitution become addicts because of their lifestyle.