The Looming War with China How Will the US Respond? Part II

In a previous article we discussed all of the complexities of a military conflict with China and its growing pressure on the entire region of the South China Sea and all former US trading partners of the former “Gold Coast”. There are several factors that may force a confrontation due to the posturing of the Chinese and revelations about their plans to ultimately take the US down and occupy our very own soil with their population!

One must comprehend the Chinese perspective after 70 years of Communist rule and why Xi Jinping has taken on more and more of an adversarial stance. The hardcore stance of the Communist Political doctrine will simply not allow for the kind of individual freedoms and liberty enjoyed by Americans as this promotes greater dissatisfaction among the populace as the government cracks down and fails its people economically. Ruling from fear and intimidation is a far simpler goal for such a mentality to achieve. 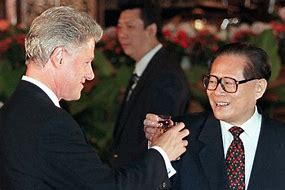 On the brink of total collapse before 2001, America let Communist China off the hook again and as the Clinton Administration allowed the Chinese into the World Trade Organization which saved that nation from social and economic implosion, but what did America get out of the deal? Did we get trade partner or did we create a monster of our own making? We now know through the uncovering of intelligence on the ultimate intentions of the Chinese that not only world domination is on their dashboard, but so is the destruction of America not only economically but militarily! That they intend to continue unleashing weaponized pathogens against the US to achieve weakening of our society along with the anticipated overreach of our government and employers to further foul the US economy as part of their plan. 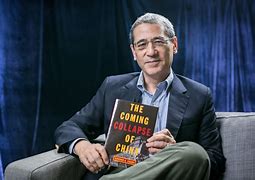 Anything but Mincing words

According to Gordon Chang who has written such books as the “The Coming Collapse of China 2002 version” “The Coming Collapse of China 2012 version” and “The China Threat 2.45 Briefing” we get a disturbing view of the hostile designs of a Chinese Communist government determined to rule the world by any means possible, and they have already been making threats against all US allies in their vicinity. Even Nazi Germany prior to World War II was more subtle than the Chinese have been. The mistaken assumption that mutual trade dependency would stave off any ambitions for war is apparently incorrect and perhaps even fatal for the US should this flawed belief continue to blind America over a. perhaps, inevitable outcome.

A traitor in plain sight?

Take into consideration that the Biden family has been conducting business with the Communist Chinese to the tune of millions, and we can see that not only a major conflict of interest is involved, but also the equivalent of having a Manchurian candidate in the Oval Office willing to do the bidding of his true masters should the matter of a Taiwan invasion take place. China has already thoroughly infiltrated Hollywood, Congress, and even the US defense industry who has grown fond of the money they have made. It may be a foregone conclusion that as the former General of Australia predicts that a state of war will exist within 3 to 10 years should the Chinese continue on their present aggressive course. One thing is for sure, to allow a smoldering fire to go unextinguished is not going to solve the growing tensions. What we do know from the past is that there is only one thing our enemies understand and that is force and the willingness to use it. Ironically, it in itself is the peace maker. 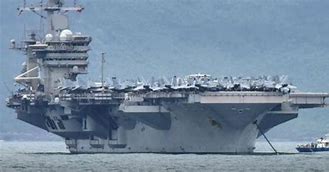