The Russian War on Ukraine Escalating Not Cooling Down 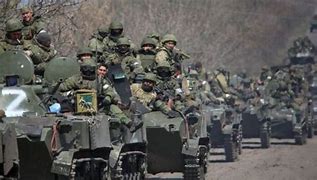 Many people were of the opinion that the Russian invasion of Ukraine would be over or negotiated to a settlement within a few short months, but sadly, it appears that more fuel to the fire is occurring anyway. So far, as the steel mills at Mariupol, the last holdout of Ukrainian forces in that town are being surrounded, bombarded, and civilians are not being permitted to escape, other sections of the country are being pounded by Russian missiles as the repositioning of Russian troops has been accomplished. Now such essential logistics as train depots are being systematically destroyed by missile attacks.

Throwing money and assets in

To date, more than 800 million dollars’ worth of US ammunition, and surplus equipment has been shipped as Russia attempts to target incoming vessels and air cargo drops. Germany is now shipping their tanks to the Ukraine. The Germans make some of the world’s best modern tanks, and they are quite nearly on par with the US with the M-1 Abrams tank. As NATO forces build up in the region for what appears to be a massive planned counter attack and the US has now deployed 2 Zumwalt Class missile destroyers in the Baltic Sea, Russia again mentions the fact that they have nuclear weapons being called into alert status. The Zumwalt missile destroyer is a stealth weapon that cannot be detected on the surface of the water unless visually spotted by aircraft or naval assets, other than that it can lay off the shore and fire off more than a hundred cruise missiles knocking out the infrastructure of most nations within a day or two. 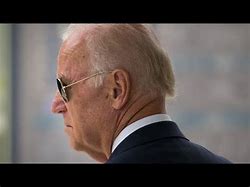 A presidency that never should have been

So, what is the end game in all this? Are we going to be baited into World War III because the Biden family is covering their butts over involvement in money laundering in Ukraine as well as doing the bidding of the Chinese whom they do millions of dollars in business with? What does China want out of all this? They want the US to expend its munitions arsenal so that they will be poised to take Taiwan with a weakened American fleet and air force to contend with. They have a direct conduit in which to achieve this with the most corrupt and incompetent president in US history disrupting the Oval Office. China has been aiding Russia monetarily and with what supplies it can get through. Years ago, Putin and Xi Jinping solidified their aligned status which only creates more tension and uncertainty in the region.

Growing calls for US military involvement

There are more Democrats calling for military action should more Russian aggression continue to further paralyze the Ukraine. There are already rumors of US intelligence involvement and even an attack on one of the Russian vessels off the coast of the conflict struck by another missile. Sweden has declared that their SAAB 35 Fighter jet was designed to defeat Russia as they join NATO in an apparent build up. We have the Democrats to once again thank for the mess that has materialized into a potential global war. Senator Obama as early as 2005 heading the development of bio weapons labs in Ukraine along with Democrats Richard Luger. The Joe Biden using US taxpayer funding to bribe the Ukrainian government into firing a prosecutor that was investigating Hunter Biden. The Bidens with their hands in Burisma, a Ukrainian energy company also accommodating some other sons of US politicians to make matters worse. 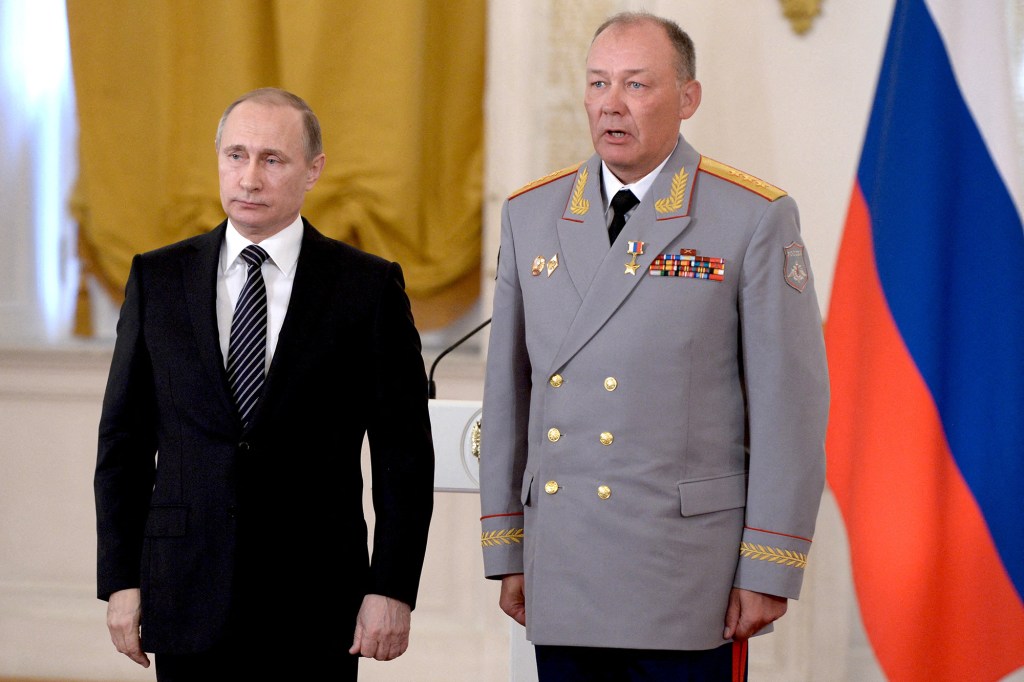 The madman behind the meat grinder

So, what about Vladimir Putin who has already authorized the invasion of such former Soviet Union satellite countries as Georgia, Chechnya, and now Ukraine? One might recall that Putin spent 8 years pounding Chechnya into rubble. He appears to be carrying out the same program in Ukraine and this will impact many nations of the world with the loss of grain shipments to Europe and the loss of fertilizer essential to crop growers in the US. For years it has been suspected that the Russian military was sloppy and poorly trained and the loss of seven Russian generals in Ukraine along with so many of their tanks tends to justify that point of view, but one thing the Russians are known for is punishing the innocent civilians of any country they invade and occupy! They have surely been doing that in Ukraine. Putin, was a brutal KGB officer but he was not a military strategist and the high losses of the Russian army bear that out. 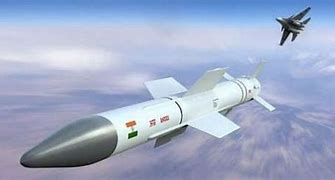 Russia’s latest class of nuclear missiles having as many as 15 MRV’s in a single rocket could reach the US and devastate as many separate US cities. Not only that, but the Russians have perfected their Hyper Glide vehicles capable of being virtually unstoppable by conventional anti-missile defenses at speeds of Mach 8 and Mach 10 capability. What the Russian military has suffered in losses in Ukraine with even their air force being held at bay by the Ukrainian air defenses, the awesome nuclear threat in Putin’s deck of cards makes up for. If Putin releases weapons of mass destruction though there is call for all NATO allies to respond in kind.

Needless dismemberment of a nation

Under the Butcher of Syria, General Dvornikov, Putin’s forces are literally laying waste to Ukraine in such a way that all infrastructure will be rendered useless and whenever the conflict ends the country will take years to rebuild and once again contribute to the world economy. With the appointment of Aleksandra Dvornikov there have been fears of the use of nerve gas as was the case in Syria. It would seem that either Putin had been emboldened by the lack of western ally response, or he feels he can hold the world hostage with his nuclear capability. This appears to be the case. It appears both sides (NATO and US) and Russia are loading up not scaling back as it was hoped while all attempts at negotiations have failed. 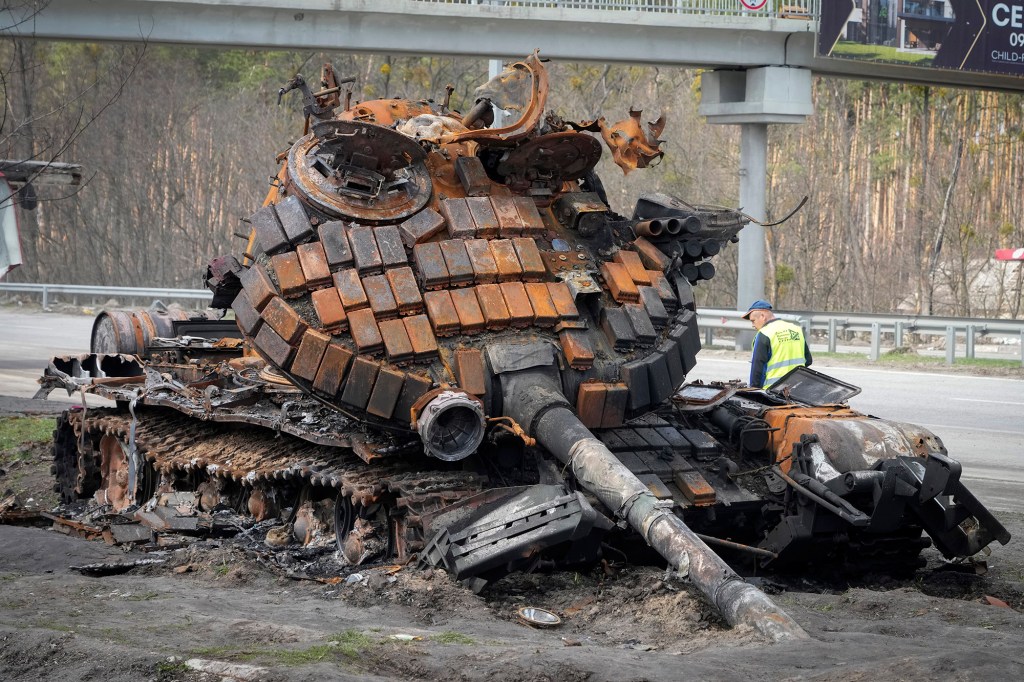 Questions such as why did Putin decide upon the most wasteful and greater loss of life not only for Ukrainian civilians, Ukraine resistance, but even his own soldiers? 1) Putin thought that once his forces invaded they would be met with cheers and acceptance. Wrong!  2) Vladimir thought that his 100 thousand man force could easily over whelm Zelensky’s country and its defenses. Wrong again! 3) Putin did not anticipate the well supplied stock of US Javelin anti-tank weapons would be so devastating to his armored vehicle contingent. 4) The Russian air force has been literally held in check by the NATO and US supplied air defenses that denied the Russians the aerial bombing capacity they thought they would be able to use. Stakes are now much higher in the poker game!

Question: If Putin was merely concerned over the bio weapons labs in Ukraine why did he not surgically remove them to minimize civilian and collateral damage? He could have used drones, targeted medium range missiles, or precise air strikes with fighter bombers. Answer: Because Vladimir Putin wanted to inflict maximum damage and terror against Ukraine whether it be the government there, the military, or hospitals and innocent citizens. Putin has demonstrated in the past he has no compunction about murdering the helpless and innocent. This is all part of the Russian doctrine of reducing a country they invade to rubble with no reasonable pacification program or mercy to the non-combatants. Everyone dies! 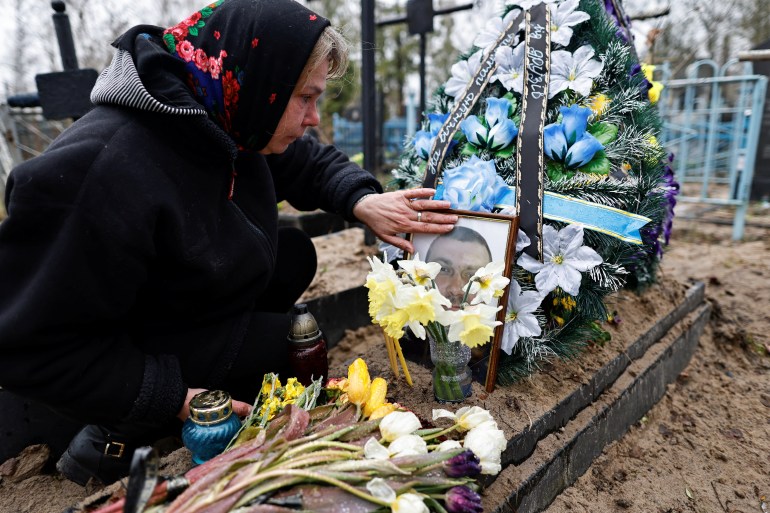 There are misguided fools who think that Vladimir Putin is some anti-world government savior who is merely exercising a campaign of securing his border through bloody interdiction of a neighboring country. Wrong! Putin committed war crimes in Syria, Georgia, and Chechnya without any hesitation. Destroying Ukraine thoroughly impacted not only the innocent people there but the entire world as the global supply chain was disrupted thanks to the intentional destruction of all Ukrainian infrastructure. Putin could very well escalate this regional conflict into World War III if his insane mental capacity and fear of losing his position of leadership become threatened. Putin has often said in the past that it was his desire to resurrect the old Soviet Union, but too many Democrats and European pacifists elected to turn a blind eye to this ambitious power mad Communist dictator. Were there problems with Ukrainian corruption? Yes. Does that mean that you remedy a toothache with a jackhammer? No! 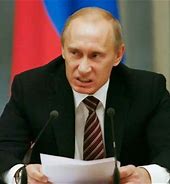 Chris of the family Masters posted blog posts
16 minutes ago

"That thing is/was a man. Why ol why do the people tolerate these degenerate things, let alone let…"
4 hours ago