The Time Tested Strategy of Divide and Conquer Socially and Militarily 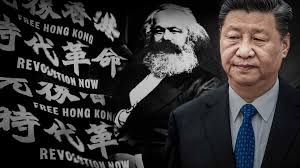 Through the annals of history, we have seen examples of just how the strategy of divide and conquer has succeeded in losses by the expected winner as well as betrayal of the superior aggressor. The Communist Manifesto, Karl Marx’s poisonous portrayal of government forced equality, exemplifies the use of division on a social scale using class warfare, envy, repeated lies to brainwash the peasants with, and the promotion of racial strife to keep all classes within a society in bitter conflict with one another. In doing this, a distraction from the insidious social engineering is unleashed, and the society is eventually toppled with Communism arising in the vacuum left by a once viable government. 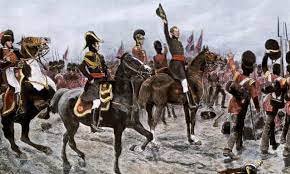 A sword that cuts both ways

It seems that the “Divide and Conquer” strategy works just as well militarily. Although Napoleon advocated the “Conquer and Divide” strategy he was eventually defeated at Waterloo by the British whom he under estimated and divided his forces as his battle plan and lost. Considered to be one of the greatest generals of all time, he had just won a prior battle dividing two armies and capturing both. It seems in coordinating the timing and arrival of several of his divisions and their reinforcements, weather that slowed the progress of artillery placement, and under estimating enemy numbers and position all contributed to the disaster at Waterloo that would mark the beginning of the end for Napoleon’s forces.

Throughout World War II the Japanese attempted to bait the US Naval forces into decisive battles trying to draw in as large a number of warships as possible so they could defeat the Americans on a massive scale, but their very own “Divide and Conquer” strategy leant to their very own demise as their great battle ships were drawn into the reach of US carrier launched aerial assaults that sunk the massive Japanese capital ships in quick succession. 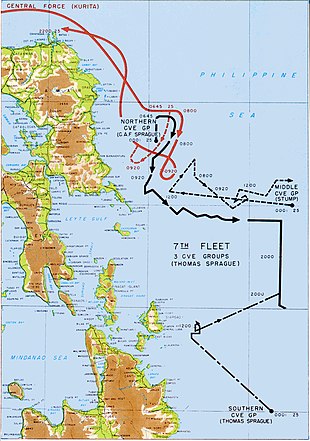 A perfect example of just how “Divide and Conquer” worked in the Philippine Sea at the Battle of Leyte Gulf illustrates precisely how the Japanese and their strategy was their very own undoing! The Philippines are basically an Island group stretching hundreds of miles. The main islands once defended by the Americans under General Mac Arthur were the two fortified islands of Corregidor and Bataan. Between all of the scattered Philippine Islands are straits, or huge deep channel waterways that can afford the passage of massive armed flotillas. It was here that the Japanese decided they had a better chance of defeating the American fleet if they approached the Philippines from three different directions to encircle the US fleet and keep them from escaping once trapped, but the plan failed miserably. 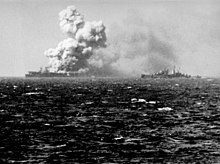 In the largest naval engagement in world history, US and the Japanese Imperial Navy slugged it out in the straits of the Philippines and the back of the Japanese Navy was broken for good. It was here that what was left of the Imperial Air Force and main battle ship groups were sunk and damaged with impunity. Even an unforeseen attack by the Japanese on a force of poorly defended Escort Carriers guarded only by obsolete destroyers and escort destroyers that the initiative of surprise and superiority escaped the grasp of the Japanese when Admiral Halsey had been lured to attack a small task force after winning the main battle of Leyte Gulf, leaving the smaller force to fend for itself not realizing that a lagging task force of Japanese cruisers and battle ships were coming within striking distance.

Both victims of the strategy

Here both sides of the opponents the Americans and Japanese fell victim to the strategy of “Divide and Conquer” with the Japanese divided into three task force battle groups and then Admiral Halsey’s main battle group abandoning the escort carriers to pursue the Japanese sacrificial flotilla, a decoy.  So that they could sneak into the remaining group of escort carriers and inflict some revenge for the major battle casualties they had suffered. Unable to outrun the faster Japanese battle group the aging US war ships made high speed runs on the huge Japanese Imperial battle ships and cruisers launching the US Mark I5 torpedoes at as short a range as possible for maximum effect to try and slow down pursuit of the little poorly armored and armed escort carriers. 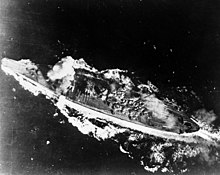 Both sides victims of the same strategy

The American navy had been caught off guard by being divided from protecting its carrier force and the Japanese approaching Leyte Gulf with poor radar. Little air cover, and divided into 3 groups found themselves in the very trap they thought they could set for Halsey’s task force. Both sides paid the price, but for Japan it was the death Nell for any future large scale operations against the massive US Navy. Even though 2 escort carriers and three destroyers were salvoed into burning sunken metal as their crews clung helplessly to the underside of the overturned ships being blasted again and again by Japanese cruisers. Brave actions by the aging US destroyers had confused the Japanese into regrouping and then deciding to withdraw. 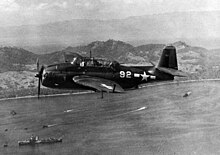 On the receiving end of hell

The Japanese were caught “Crossing the T”. As they cruised through the strait the US battle formation of heavy battle wagons, several survivors of the Pearl Harbor attack, were lined up on either side of the crossing Japanese warship formation. Once the Imperial Fleet was detected by superior radar and US Naval elements properly positioned to deliver maximum bombardment, the Japanese were doomed to suffer salvoes of 8 inch, 12 inch, and 14 inch shells that rained down upon their ships with deadly effect. Vengeance for Pearl Harbor was dealt with a savage accompaniment of Battle Ship Row survivors!

As the Japanese approached the escort force they had been harassed by a number of PT Boats positioned as reconnaissance units. But the brave and daring PT boat crews had only 50 caliber deck guns and torpedoes and were no match the gigantic ships that swept their heroic efforts aside on their way to pursue whatever American ships remained! Little did they know what lay ahead for them, and even in their anxiousness to attack the vulnerable Escort Carrier force two Japanese warships collided taking one cruiser out of the action. This initial mistake was a harbinger of botched operations to come. 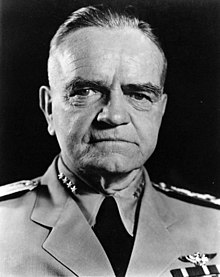 Due to Admiral Halsey’s pursuit of the Japanese decoy task force and leaving Taffy groups 1, 2, and 3 lightly protected by aging destroyers and destroyer escorts several escort carriers nicknamed “Jeeps” were vulnerable to a task force of several cruisers, destroyers, and the mighty Japanese battle ship, Yamato, with the largest guns deploying 18 inch shells. The only chance of escaping complete carnage would be for the slow escort carriers to retreat while the inferior screen of aging destroyers attempted to slow, delay, and cause as much damage as possible before the Taffy 1, 2 and 3 would be overtaken and annihilated! Admiral Sprague, in command of this fleet would have his hands full. 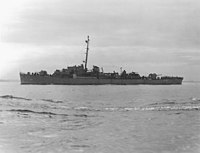 One aging American destroyer having set a 5-inch gun turret on automatic firing control had convinced a much larger Japanese cruiser that it was being engaged by an American cruiser causing the Japanese war ship to take evasive maneuvers! This was just one in a number of ironic actions that convinced the Japanese to withdraw and regroup rather than press the attack, but there was American blood spilled just not as catastrophically as it could have been. However, as heroic as the outclassed US Destroyers were there would inevitably be losses of crew and ships to the superior Japanese task force.

Two US escort carriers St. Lo and Gambier Bay were sunk along with warplanes still on their decks. Three US destroyers were hammered into burning hulks that sank under shelling from 14 inch and 18 inch ordnance! Still another US destroyer was badly damaged, but remained in operation. In all this with a supremely superior battle group, the Japanese lost 3 cruisers, 3 badly damaged cruisers, and a destroyer nearly put out of action. The Americans suffered 1,186 killed in action and over 900 wounded while the Japanese estimated losses were between 250 and 750 men at the battle of Samar Island hours after the major action at Leyte Gulf that had just cost the Japanese 26 war ships which included 4 carriers, one of which was the last surviving carrier that had taken part in the Pearl Harbor attack. Admiral Kurita, the Japanese commander decided to retire from the battle. 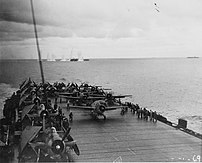 In Part Two we will recall perhaps the best example in military history of cost of “Divide and Conquer” strategy.