They Are Coming After You and I

After the November 6th false flag operation at the Capitol Building in DC, the Democrat controlled federal government created a new witch hunt. They admitted weeks later there was not one gun found on the premises or that was in the possession of any occupier that entered the building, but still the FBI announced it would unleash the biggest manhunt in their history. It seems that a few tresspassers who did minimum damage while a known ANTIFA leader implored people their to break into the Capitol Building and burn it down, are under an all points bulletin to be captured and arrested.

For what? We're not sure as the only death of a policeman there was reported by his family as a stroke suffered a day later even though an unarmed USAF veteran female was shot by a DC police officer while crawling through a window, and he has been cleared of any charges. The FBI claims that no ANTIFA or BLM members were present at the supposed riot. Yet, have been appealing to anyone with camera footage or information about who was there should turn over that evidence. 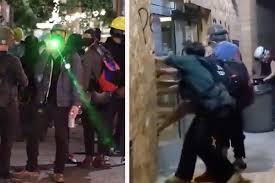 So, despite the fires, attacks on Trump supporters, and damage to the District of Columbia federal buildings the previous summer as well as destruction of federal court buildings and occupation of police sub stations in Portland and Seattle Washington while Democrat governors and mayors did nothing to quell the violence, especially not ordering the National Guard in, a new enemy has been identified now. Q anon is now Public Enemy Number One according to the FBI and as a result more guards, more barriers, and more efforts to apprehend anyone having anything to do with this dangerous entity while as Joe Biden himself said ANTIFA was just a state of mind. Tell that to the police who were blinded by lasers or died of a fractured skull after being hit from behind with a metal fire extinguisher. 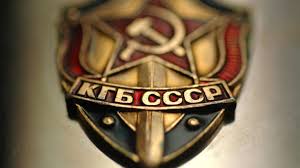 Since the Obama presidency we have seen such agencies as the FBI, CIA, NSA, and IRS weaponized against conservative groups, whistle blowers catching Democrat corruption, and GOP non-profit voting advocate groups. Using Stalinist Soviet tactics we are seeing America transformed right before our eyes into an aggressive socialist regime bent on crushing all opposing voices whether it's illegal, unconstitutional, or not! In the words of one witness who was there November 6th, an elderly woman hit in the foot by a non-lethal riot control projectile and injured, the crowd was fired upon unprovoked as they approached the building as if planned. 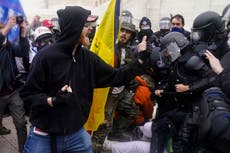 Despite the fact that President Trump's speech went on for a half an hour while thugs breached barriers at the Capitol Building entrances and drove a vehicle full of Molotov cocktails to the curb in front while the President asked people to be patriotic and peaceful did not stop the Democrat majority Congress from attempting to impeach Donald J. Trump. The media supported the lies and rather than playing the speech for those who hadn't heard his speech instead gave their own intentionally misleading version of the truth. Our President was railroaded, our nation was overthrown by a soft coup based upon blatant voter fraud while the state constitutional courts and the Supreme Court refused to hear the damning evidence.

Now, just as dissidents have been tracked down in China after perfectly legitimate protests to human rights violations by their own government, the US Federal Government will be doing the same using with all of its intelligence agency prowess to bring citizens who were within their rights under arrest and charges. An American internet provider and news agency, if you want to call it that, Yahoo, was willing to divulge the names and addresses of all such protestors in order to do business with Red China dooming hundreds to imprisonment, torture, and execution! Now Yahoo serves as a news branch for Face Book where you can get the latest propaganda at the social site. Not too long ago it would have been unthinkable for any American company to sell out the innocent just to do business in a Communist country. Not anymore! We have no patriotic American corporations left it seems.

Now we know with Democrat Senator Diane Feinstein's Chinese chauffeur of ten years that she employed a spy! We know Democrat, Eric Swalwell, who received campaign money from and slept with a Communist, Chinese, Spy, woman who also arranged for more Chinese government money for other Democrats, has not been charged. Yet, Swalwell is going to press civil charges against President Trump? Has the world gone mad or is America a shadow of its former self with Capitol Hill now occupied by cowards and corrupt recipients of illegal foreign money? 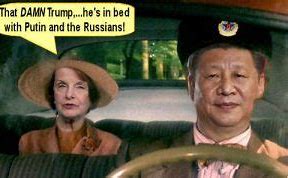 Well, boys and girls, it would seem now that whether the cat's out of the bag or not, justice will not be served upon the guilty, not the traitors, not the liars, not those who stab the American taxpayer in the back, no friends. Instead, it will be the whistle blowers who report the illegal sale of human baby parts by Planned Parenthood who will become the hunted. It will be those who advocate conservative policy who are the enemy. It will be the average citizen who stands up for their constitutional and God given rights who will be targeted by the FBI, NSA, CIA, and IRS because they are the real enemy! 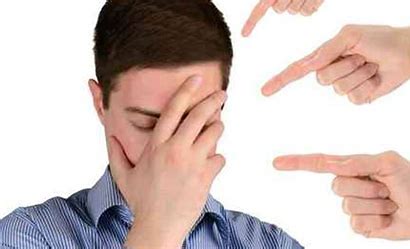 Remember, if you are a white conservative Christian, you are a racist, a KKK member, a threat to the government, even if you are a little elementary school child you deserve shaming so you can be put in your place early! Sandy Rios, a morning talk show host for AFR radio recalls when she visited the cold, fearful atmosphere of East Germany before Ronald Reagan demanded the wall be taken down. She watched the empty streets, people afraid to be overheard while talking, the general feeling of oppression that came across in a Communist regime where the KGB or secret police could grab anyone for any reason at any time. Today in America with social media censorship, Doxing, thugs are willing to confront and harass people in public unprovoked but having the hatred of brainwashed children in China who turned their own parents over to the Communist authorities. 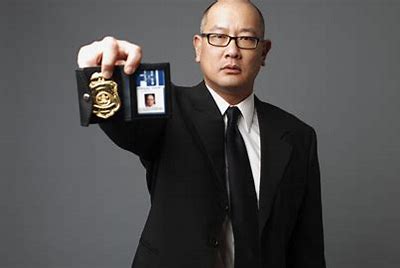 That's not all. If the federal government deems you to be a threat whether you are or not, they will use all their sophisticated resources and even the complicity of your very own countrymen to arrest you, maybe even send you away to a reorientation camp to straighten you out! Gosh, I would have thought the FBI had better things to do like chase the drug cartel crossing the Texas border thanks to Joe Biden's insane executive orders. I would have thought the CIA would have better things to do like weed out the senators and congressmen taking bribes from foreign nations! I would have thought that the NSA would be wiretapping ANTFA as they organize bomb and brick drop offs in preparation for riots in our American cities. I would think the IRS would be busy tracing illegal contributions from enemy states to our politicians and the offshore accounts they are using. I guess not! Maybe you're next!

Chris of the Family Masters Thanks Buddy.

Twilight Zone you get that right!

Those ABC agencies like the FBI and CIA stopped working for the good of the country long ago - about the same time that our "representatives" in Congress stopped being "public servants" working for citizens and became "leaders" pursuing their own best interests.

Central Scrutinizer commented on KLC's group MUSICWARS
"no probs Burps..... "Now back to our regularly scheduled programming...." Next Up?, four…"
2 hours ago

Central Scrutinizer left a comment for Voco Veritas
"About time ya got here VV....sheeesh, We've been waiting for ya ;) Greetn'z &…"
3 hours ago

Central Scrutinizer left a comment for Jane Bower
"About time ya got here JB....sheeesh, We've been waiting for ya ;) Greetn'z &…"
3 hours ago

Central Scrutinizer left a comment for Zulugroove
"About time ya got here Groovy Zulu...sheeesh, We've been waiting for ya ;) Greetn'z &…"
3 hours ago

cheeki kea left a comment for Zulugroove
"Greetings Zulugroove, That's a great name and it's really groovy to have you here at the…"
4 hours ago

cheeki kea left a comment for Jane Bower
"Greetings Jane, Awesome that you have joined up at this site today. "
4 hours ago

cheeki kea left a comment for Voco Veritas
"Greetings to you Voco, So great that you've joined us all here at the site."
4 hours ago

Less Prone commented on Doc Vega's blog post America Already at War With China (Just not Declared)
"We, nations, people and individuals are being played. We live in a world of deception, lies and…"
7 hours ago

First they have to really go after guns…funny I use to agree with this.Next they will say the…See More
7 hours ago
1 Comment 0 Favorites

Larry Flinchpaugh left a comment for Otto Sontheimer
"I haven't seen you on 12160 yet?"
14 hours ago

Larry Flinchpaugh left a comment for mark flinchpaugh
"I haven't seen you on 12160 yet?"
14 hours ago