They Killed Patients and Then Killed the US Economy Too 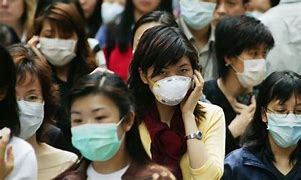 As far back as 2003 virological experiments in China with help from sources in the US help to produce strains of pathogens once confined only to animals that could now infect humans. SARS and Co-V-2 virus strains were being refined and developed through Gain of Function Research, but they also possessed a disturbing commonality with HIV. Since 2015, thanks to the investigative work of Jeff Carlson and Hans Mahncke Dr. Fauci and involved as the NIADI Director of the NIH began to develop animal pathogens into virus threats to humans through laboratory evolution. As early as March of 2019 the apparent creation of the Corona Virus for aerosol deployment at the Wuhan Lab in China was complete. 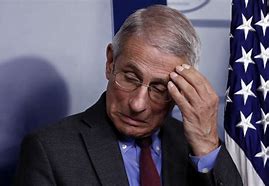 Prior to that time threshold was the presentation and request for funding for such research from the Department of Defense. Sighting work already completed by 2015 investigation revealed that at that time development was set in motion making a synthetic hybrid just by reviewing the application submitted to the DOD which described exactly how the results would be obtained. By taking a naturally occurring virus and inserting a Furin Cleavage site into the tissue the virus could then enter into and infect human cells. The Furin Cleavage site did not exist in nature. It had to have been artificially created, yet all who participated in the work or were informed of this during a secret meeting saw the incriminating factors and immediately called to shut down the meeting and invite fewer participants. 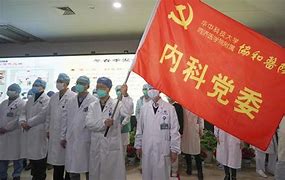 Then, the calls came out to announce that the hybrid virus had already existed in nature, which was a lie. Take into consideration that Gain of Function Research was shut down in 2015 as deemed to being too risky should an accident occur and the spread of such a pandemic escape the lab. Yet, in Wuhan, not only did the work go on, but funding for NIH research in China was obtained and the Chinese who were incapable in 2003 of creating a weaponizable strain of lab created pathogen were now getting free advice from Fauci and his group! A potentially deadly form of germ warfare was given to the Chinese with US taxpayer funding! With the development well underway before the proposal to the DOD had ever been made. Fauci and a number of his colleagues and confidants attempted to hide the fact that COVID 19 had been created in a foreign laboratory within the nation of greatest threat to the United States! 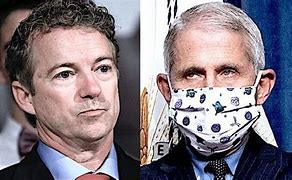 The time line is damning and already having had a number of exchanges with members of Congress such as Senator, Rand Paul, what we can see is that Doctor Anthony Fauci and others lied to the public and enabled the formation of a virus that could easily spread to humans in order for the next step of social disruption to occur. And, that would be to create panic, overreaction, masking, injection mandates, and ultimately, lockdowns that would cause large scale unemployment and resulting evictions that would be promoted by Democrat subsidizing with huge deficit that would force massive dependency upon the federal government with a fear of workplace exposure. This, as thousands of landlords were burdened with tenants unable to pay their rent or mortgages. While billions went out in stimulus checks to help those out of work, we did not see any landlords receiving financial assistance for the loss of their income. Yet, this ghastly conspiracy goes even further. As the lockdowns shut down many small businesses forever, patients told not to come for hospitalized treatment until their symptoms were life threatening, were given the wrong treatment that only hastened their descent into death! They were denied many time tested drugs such as Ivermectin and hydroxychloroquine and, instead, administered Remdesivir, deemed totally ineffectual, and put on pure oxygen ventilators. This incorrect diagnosis forced patients with lung congestion to become fatally afflicted! As pure oxygen in itself is an insult to inflamed and congested lung tissue. So, as the patients came in for treatment they were not only denied trusted, well known drugs, but doomed to death! 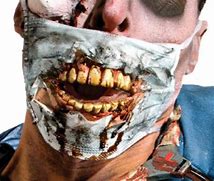 Add this to the institutionalized deception over data concerning numbers of deaths resulting from the vaccine itself, deaths that were actually caused by the virus, and deaths that resulted from completely different causes than COVID such as car accidents being reported as virus caused fatalities. These tactics were used to fear monger people into getting a dangerous and untested injection that caused more deaths than the virus it was supposed to provide immunity against. Today we see the results! People who have been vaccinated are dying. People who have been vaccinated are getting COVID all over again. People who are completely healthy are contacting the virus from those who have been vaccinated yet the authorities blame those who do not have COVID or have natural immunity as being to blame rather than the intentionally flawed medical response and dangerous injection treatment! Still, the public service announcements call upon the timid and easily manipulated livestock to go and get that free vaccine! Still, people wear masks that have no efficacious value. Still, people are convinced of the lies they have been told. Who stands to gain?

What the unwitting public has failed to realize is that not only was the American economy killed, our supply chain disrupted, our military severely limited with forced vax and the forced resignation of those armed forces personnel unwilling to be injected, but those who trusted in the medical community to successfully treat them were killed by doctors who knowingly refused safe alternatives to the prescribed deadly diagnoses that would be their death warrant! And, all for what? In order to prevent President Trump from being elected again? To take down America a few notches in the global standing? Or, was it to do the bidding of America’s most dangerous Nemesis-China?  The Biden family has done millions in business with the Communist Chinese for years. Minority Speaker of the House, Mitch McConnell, is married to a Chinese wife and they are heavily invested in China’s Maritime cargo industry! Does one need to look for anymore conflicts of interest? Do we now know who stands to gain from the long chain of dollars traveling across from the Pacific? America, betrayed from within. 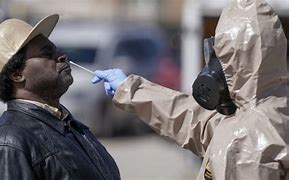