The Transportation Security Administration will be conducting grope downs and bag searches at three different locations in Charlotte this week at the Democratic National Convention, illustrating the fact that the TSA has expanded well beyond its remit of transportation and into public venues.

The DNC will be held at three separate sites this week, all of which will have security checkpoints staffed by TSA officers.

The first two days of the DNC will take place at the Time Warner Cable Arena, with the final day taking place at the Bank of America Stadium where Obama will deliver his acceptance speech. Events will concurrently be staged at the Charlotte Convention Center.

Attendees will be forced to undergo invasive pat downs and have their personal items scanned if they wish to enter any of these venues.

The agency is also increasing its footprint of TSA agents at the Charlotte Douglas Airport, adding a whopping 161 extra TSA screeners including 20 “behavior detection” officers who will watch for suspicious activity and conduct “chat downs” with travelers. More than 700 TSA officers in the airport alone will be present for the duration of the convention.

As we reported last week, TSA agents were also in attendance at the Republican National Convention in Tampa.

Despite the fact that hundreds of journalists passed through TSA security to enter the Tampa Bay Convention Center, not a single one reported on it.

This illustrates how the TSA’s presence at public events which have nothing to do with transportation is becoming normalized as the federal agency’s bloated budget greases the skids for thousands upon thousands of unannounced checkpoints across the country.

Ron Paul and his family were detained and interrogated by TSA agents after the RNC last week as TSA officials ludicrously insinuated that Paul, his family and his campaign staff could be a threat to Mitt Romney, who “might be nearby.”

TSA workers were also present at a recent Paul Ryan political event in The Villages, Florida, where the screeners conducted invasive bag searches as well as pat downs.

Last week the TSA also launched a staggering 18 new Twitter accounts as part of a PR drive in response to numerous scandals and embarrassments to plague the federal agency in recent months.

It would take a particularly strict reading of the rules for someone to be arrested simply for possessing one of those items, but the possibility exists — which worries protesters and free speech advocates. They fear authorities could trample on people’s constitutional rights in the name of protecting public safety.

Question; what is the definition of 'secret'?  :D 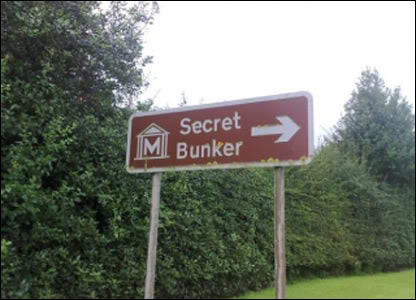 but of course, this one has the illegal dictator in it, and I'm sure there's a line that's 2 miles long of Americans wanting to pop a cap into the bastard usurper who has lied, cheated, robbed patriots @ every step of the game.