Frank Gaffney and Gordon Chang, both military analysts for the China theater of potential conflict have warned for years that the Communist Chinese have been gearing up for war. The sword rattling over taking Taiwan has now gone much further. Recently, President of the Philippines warned the Chinese over disputed islands claimed by both countries that oil drilling by the Communists in the area would draw the Filipino Navy into the picture, but even they acknowledged it would be a bloody affair. Australia has already made it clear with the warning by one of their admirals to the mainland Chinese that aggression in the Taiwan straights would not be tolerated. US intelligence and Australian military experts believe that Xi Jinping is intentionally building his military to the point of complete confidence in its ability to overtake Taiwan.

According to Michael Shoebridge of Australia's Director of Defense and Strategy an estimate of conflict within the next 5 years seems likely. Yesterday a threat was received by Australia from the Chinese concerning a missile strike should tensions escalate further. The Australian ministry acknowledges that being a US ally they would assist in some capacity though not being the tip of the sword as this would be America's role should shots be fired in anger. Understandably, the Aussies are nervous about the possibility being that Taiwan has 5 times the military that Australia possesses. Australia admits that it foolishly made a 99 year lease deal for the strategic port of Darwin with China which infringes on naval expansion for both Australia's navy and that of the US and other allies as well. That lease is now under review to see if it can be abolished or bought off.

Michael Shoebridge sighted a possible scenario that could unexpectedly start a war not necessarily planned at the time. In his evaluation of military history it is usually an unintentional provocation or limited exchange that quickly expands into t huge regional conflict, but first here are some scenarios that are chilling enough. China could begin trying to break Taiwan's defiance with a massive cyber attack that could cause confusion and panic, or the many pro-China sympathizers living on Formosa could start massive civil unrest in which case the Communist Chinese could come across the Taiwan straight in support of a rebellion! Worst case but even more likely is the possibility of the US Navy steaming down the Taiwan straight when a hot headed Chinese bomber pilot switches his radar to active while targeting the US flotilla. This could definitely trigger a response in a fleet defense action! There is no doubt about it. Intentions in the region are high. A US Destroyer recently shadowed a Chinese carrier exercise in the South China Sea that was protested by their military.

Gordon Chang, a defense Department analyst, has written books on China's ultimate long range goals, and has stated that America actually enabled the Chinese military build up by allowing a decades long trade imbalance as well as US Corporations who have given away business secrets and patent royalties to the Communists worth billions. Rockwell International, a major US defense contractor, is now under pressure thanks to doing business with the Chinese while many parts for such American aircraft as the F-22 and F-15 are manufactured by China and bought by the US military! The irony of all this is that China has not been transparent about the relative true value of it's currency-the Yuan- and had traded into US dollars in exchange for the highly suspect currency. In essence, China used its paper money to build a competitive military, establish a high degree of trade for US retail business, and bought nearly a trillion dollars in US debt. So far, this has been used as leverage against the Chinese. 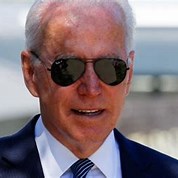 Some Aussies angry at the prospect of heading into war against China have blamed President Biden and his family who have been doing millions of dollars worth of business for years with the Chinese, and while the US press corps continually hounded President Trump's family for their international investments that existed long before Donald ran for president, we hear not one mention of a conflict of interest with Joe Biden's family over either China or Ukraine! America may well be doomed to fight a war that it will be forced to lose thanks to a president and his handlers who have already weakened American interests considerably. No nation that wants peace can afford to look weak, and yet here is the US Army allowing for pregnant women's uniforms and cow towing to the demands of the LGTB on benefits for its transgendered personnel! 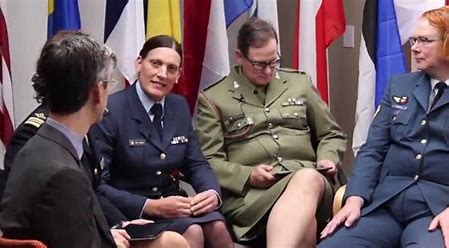 Lessons from the past?

Frank Gaffney, former Reagan military advisor and radio show host has warned repeatedly of Xi Jinping's intentions of military expansion drawing parallels between Japan's Pacific theater expansion prior to World War II and the present footing of the Chinese violating the 200 mile coastal defense zone international agreements! In the China Sea the Communist navy has been building artificial reefs and islands that serve as platforms for missile launching and fighter runways. The Chinese have repeatedly rattled swords over joint US, Taiwan, and South Korean naval exercises in the region. There have been several instances of near collisions between US Destroyers and Chinese warships. Whether the Chinese perceive the Biden Administration as being weak or as a secret ally, this aspect should be considered traitorous just as many of the new White House's "America last" policies! 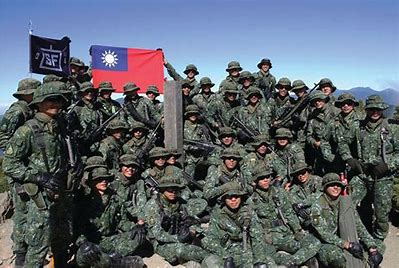 rlionhearted_3 Looks to me like thee shit is fixin to hit thee fan!

One day soon we might all be forced to pick a side. 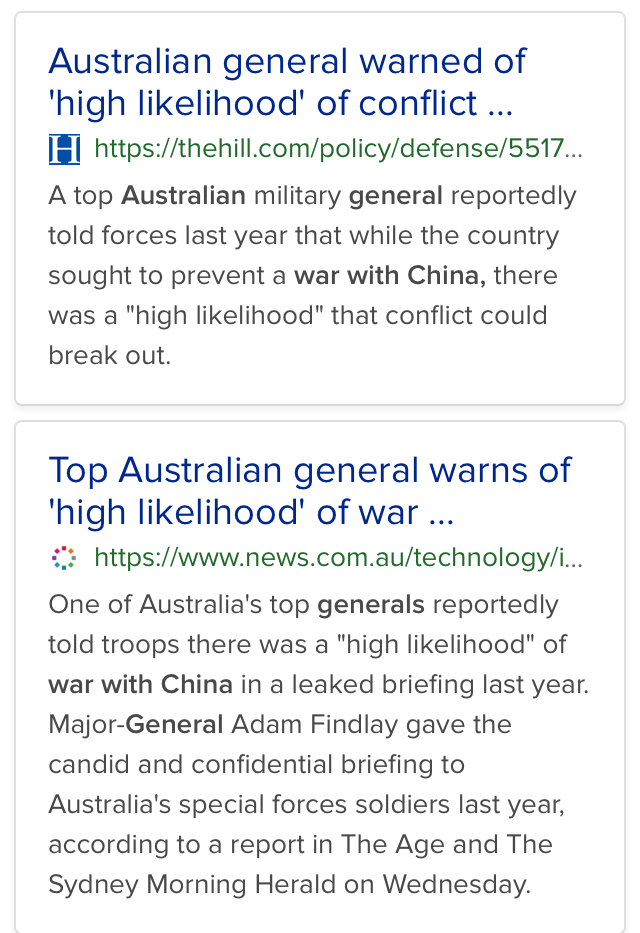 It’s getting scary. Some second hand info, guy I know has a cousin in service, says, “an inordinate amount of equipment is being shipped eastward”. I asked what country, guy didn’t know, cousin couldn’t/wouldn’t say.

Chris thanks for reading!

Amanda Vollmer,  a doctor of Naturopathic Medicine has the clearest and relevant expression of…See More
57 minutes ago
0 Comments 0 Favorites

"Yeah! There's a dose of reality for yuh!"
8 hours ago

"WTF is anyone with a brain thinking about American leadership at that summit?"
10 hours ago

"Damn that's funny but having this ass clown in office isn't!"
10 hours ago

"I believe this will go down as my all-time favorite."
14 hours ago