A consistent theme in American history seems to be unresolved foreign affairs that come back to haunt us. So is the case with China. It all began after Word War II. Little do many people know that as the Japanese occupied China committing atrocities and holding food and supplies hostage from the Chinese population two factions of the Chinese government continued a civil war. The Communists and Nationalists under Chiang Kai Shek fought each other while also battling with the japanase Imperial Army. Perhaps, the most egregious error in US statesmanship rendered a once allied China into a Communist regime that would become our present nemesis! History is often forgotten especially by today's educators attempting to politicize it, but when we don't learn from our past mistakes the lessons are costly. Below is an excerpt written by another author that shows just how unforgivably wrong our efforts were, and how we created a monster!

Throughout the length of the Second Sino-Japanese War an uneasy stalemate had existed between the Chinese Communists (CCP) and the Chinese Nationalists (KMT), while prior to the war, both parties had been in open conflict with each other. During this period numerous US military personnel and private writers visited and reported on the Communist Party of China. In 1936, international journalist Edgar Snow traveled and interviewed leading members of the Communist Party of China. Snow reported that Mao was a reformer rather than a radical revolutionary,[1] and many readers got the impression that the Chinese communists were "agrarian reformers."[2] In the 1944 Dixie Mission, US Colonel John Service visited the Communists and praised them, claimed that they were democratic reformers, likening them to European socialists rather than Soviet Communists and claimed that they were less corrupt and chaotic than the Nationalists. 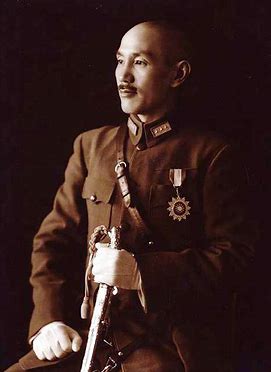 US Ambassador to China Clarence Gauss recommended the United States "pull up the plug and let the whole Chinese Government go down the drain". General Patrick Hurley claimed that the Chinese Communists were not real communists. China Burma India Theater Commander Joseph Stilwell repeatedly claimed (in contradiction to Comintern statistics) that Communists were doing more than the KMT, and sought to cut off all US aid to China.

American attempts during the Second World War to end the intermittent Chinese Civil War between the two factions had failed, notably the Hurley Mission: in 1944 General Patrick Hurley approached both groups, and believed that their differences were comparable to the Republicans and Democrats in the United States.

Throughout the war, both the CCP and the KMT had accused the other of withholding men and arms against the Japanese in preparation for offensive actions against the other. Thus, in a desperate attempt to keep the country whole, President Harry S Truman in late 1945 sent General George Marshall as his special presidential envoy to China to negotiate a unity government.

Marshall arrived in China on 20 December 1945. His goal was to unify the Nationalists and Communists with the hope that a strong, non-Communist China, would act as a bulwark against the encroachment of the Soviet Union. Immediately, Marshall drew both sides into negotiations which would occur for more than a year. No significant agreements were reached, as both sides used the time to further prepare themselves for the ensuing conflict. In order to assist in brokering a ceasefire between the Nationalists and Communists, the sale of weapons and ammunition by the US to the Nationalists were suspended between 29 July 1946 to May 1947.[10] Finally, in January 1947, exasperated with the failure of the negotiations, Marshall left China. Soon afterward, Marshall was appointed United States Secretary of State (foreign affairs secretary).

The failure of the Marshall Mission signaled the renewal of the Chinese Civil War.

On 9 June 1951, Douglas MacArthur charged that the post-war Marshall mission to China committed "one of the greatest blunders in American diplomatic history, for which the free world is now paying in blood and disaster"[11] in a telegram to Senator William F. Knowland. On 14 June 1951, as the Korean War stalemated in heavy fighting between American and Chinese forces, Republican Senator Joseph McCarthy attacked. He stated that Marshall was directly responsible for the "loss of China," as China turned from friend to enemy.[12] McCarthy said the only way to explain why the US "fell from our position as the most powerful Nation on earth at the end of World War II to a position of declared weakness by our leadership" was because of "a conspiracy so immense and an infamy so black as to dwarf any previous such venture in the history of man."[13] McCarthy argued that General Albert Coady Wedemeyer had prepared a wise plan that would keep China a valued ally but that it had been sabotaged; "only in treason can we find why evil genius thwarted and frustrated it."

When Marshall was sent to China with secret State Department orders, the Communists at that time were bottled up in two areas and were fighting a losing battle, but that because of those orders the situation was radically changed in favor of the Communists. Under those orders, as we know, Marshall embargoed all arms and ammunition to our allies in China. He forced the opening of the Nationalist-held Kalgan Mountain pass into Manchuria, to the end that the Chinese Communists gained access to the mountains of captured Japanese equipment. No need to tell the country about how Marshall tried to force Chiang Kai-shek to form a partnership government with the Communists.

We must remember how Senator Joseph Mc Carthy was painted by Hollywood and the US media as some kind of wacko with an obsession over Communism, yet he was right all along. This Hollywood created false narrative that lasted all the way to 1966 with a comedy movie "The Russians are Coming The Russians are Coming" and lasted through out the Vietnam War as even the famous Monty Python comedy group made the "Domino Theory" into a joke that wasn't so funny once Saigon fell and then Cambodia and Laos followed next under Communist control. With the Chinese poised to take Taiwan and have already taken Hong Kong, Russian hackers just shut down the largest oil pipeline in the US which supplies the eastern seaboard, America is not just being tested-We're being pushed!

When President Jimmy Carter withdrew the US Naval base at Taiwan once again a miscalculation on US foreign policy occurred, but more importantly America lost a very crucial strategic location. Typical of how Democrats have continually undermined US interests in the world!

And, the US media is trying get us to believe that the Russian government and its intelligence agencies knew nothing about the group of hackers operating in their own country, saying they are just freelancers part time while holding full time jobs with the Russian government? Do they think we are that stupid? Not only the Russians but the Chinese are coming! We must realize that America cannot afford such blunders in the future! General Marshall actually bragged that with one stroke of his pen he cut off further aid to the Nationalists under Chiang Kai Shek, and aided the Communists under Mao Zedong! An example of arrogance that haunts this nation to this very day! 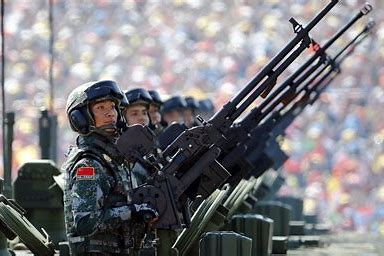 Patrick C Conway favorited Chris of the family Masters's blog post 2013 ruling. you can’t patent DNA unless the mRNA is changed… then you are not human, you are owned, and you don’t have human rights.
9 hours ago

Central Scrutinizer favorited Chris of the family Masters's blog post 2013 ruling. you can’t patent DNA unless the mRNA is changed… then you are not human, you are owned, and you don’t have human rights.
14 hours ago