Jeff Sessions fumes impotently. It is just crazy to imprison people, upturn lives and break up families over marijuana. Republicans should not interfere here.

I will say that the ultra-high THC content strains and vaping cartridges are a bad thing. Excessive use causes changes in the volume and activity of crucial brain parts, and not in a good way. And it should not be used by those under 21, it does interfere with neuropsych development. However, short of Jamaican gangs and the Hashishins (from which we get the word "assassins"), when have you heard of someone toking up and then beating someone to death?

On Wednesday, members of Congress did something that they had never done before. For the first time ever, a body of the U.S. Congress voted to end cannabis's nearly century-long status as a federally prohibited substance.

By a vote of more than two to one, members of the United States House Judiciary Committee passed legislation, House Bill 3884: The Marijuana Opportunity, Reinvestment, and Expungement (MORE) Act.

The MORE Act removes the marijuana plant from the federal Controlled Substances Act, thereby enabling states to enact their own cannabis regulations free from undue federal interference. The vote marks the first time that members of Congress have ever voted to federally deschedule cannabis.

According to a 2018 Quinnipiac University poll, 70 percent of U.S. voters support this policy change. To date, 33 states have enacted laws regulating patients' access to medical cannabis and nearly one in four Americans reside in a state where the adult use of marijuana is permitted.

It is inappropriate for the federal government to continue to either interfere with or stand in the way of these voter-initiated policies.

Members' decision to move forward with the MORE Act is significant. This act is the most comprehensive marijuana reform bill ever introduced in Congress, and it's backed by a broad coalition of civil rights, criminal justice, drug policy, and immigration groups.

This legislation seeks to address the millions of Americans who suffer from the stigma and lost opportunities associated with a low-level marijuana possession conviction. It provides funding and inducements to states to enact policies that expunge these criminal convictions from citizens' records so that they can more successfully move on with their lives....

Diana - Yeah, David Knight brings this up constantly - They needed an amendment to the Constitution to ban alcohol, but they ban all kinds of substances as a matter of course. Where do they get this power from?

I will say that I've seen what heroin, cocaine and meth, and oxycontin (and other strong opiates), have done, and those do need to be controlled. Moist people can't handle them, they become heavily addicted in a short period of time, and those drugs have terrible acute and long-term health effects. Which the people end up paying the bill for, as well as the increased crime - thefts to pay for the drugs, and violent crimes. But getting an actual prison sentence for marijuana, there's no justification.

Maybe Cathy O' Brien was telling the truth about trauma-based mind control. She said that pot was the only drug the the sex slaves for VIPs couldn't have. It turns out that the native cannabinoid receptors are involved in the "extinction of aversive memories". Which wouldn't be a good thing for the slavers.

"What business is it of yours what I do, read, buy, see or take into my body as long as I don't harm another human being whilst on this planet? And for those of you having a little moral dilemma on how to answer this, I'll answer for you. None of your f***ing business." - Bill Hicks

JR - I can't help it, but it really pisses me off that the government thinks it should have control over a naturally growing plant and have the right to tax it's use.  It's the principle.

Of course, Diana. But, until the revolution comes, I'll take what I can get on this issue.

They need to decriminalize, not legalize.  Legalization means the government gets to control and tax the crap out of distributors.  "In California, a tax of $9.25 an ounce is levied on marijuana flower, along with $2.75 an ounce on cannabis leaves. There's also a 15% excise tax on the price of the product, along with state and local taxes. Altogether, this could work out to a tax rate of up to 45% passed along to the consumer. Mind you, that doesn't include the cost of licensing and permitting, rent, and other expenditures that the legal supply chain needs to abide by to even sell marijuana."   www.fool.com/investing/2018/09/16/black-market-marijuana-is-a-big-p... 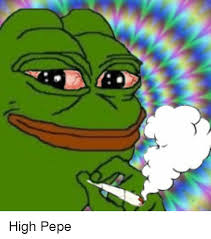 Chris of the family Masters favorited Phyllis Maka's blog post The Vaccine Hoax is Over. Documents from the UK reveal 30 years of Cover-up. - SOTN
19 minutes ago